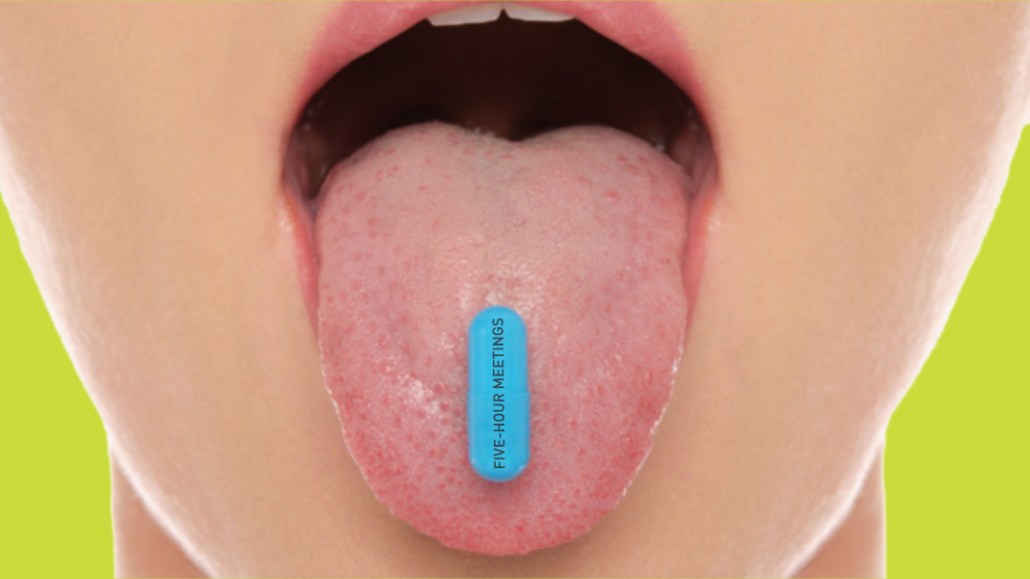 At 8:30 a.m. on a recent Friday, Dean Thomas, chief marketing officer for influencer marketing agency Gnack, stared at his to-do list for the day: phone calls with the marketing team, write up press releases, reach out to 500 influencers to get their feedback and check Facebook ad campaigns. While going through those items, he grabbed a glass of water, popped two nootropic capsules, and then kept working nonstop for five hours. For this early morning productivity, Thomas had his nootropics to thank.

“They allow me to battle the distractions and stay more focused,” said Thomas who started taking nootropics this past January, and now takes them twice a week. “They are very much like espresso but with more nutrition.”

Nootropics are known as “smart drugs” designed to increase memory, creativity, productivity and learning ability. There are different nootropic types — users can either make their own mix or purchase pre-made stacks that have specific functions (reducing anxiety or increasing focus, for instance). Nootropics are not FDA-approved because they are seen as dietary supplements. They are also looked at as a “safe” alternative to Adderall, a stimulant often consumed recreationally. Both offer the promise of improved concentration.

Like most things in advertising these days, Silicon Valley took the lead. Nootropics became popular among entrepreneurs and software engineers in Silicon Valley back in 2015 and now, they are gaining traction from executives in advertising and marketing, as well. And in hectic environments like an agency or a marketing startup, stress levels can get high.

“I’m in the startup world where people are trying to optimize everything. Like other entrepreneurs, I need nootropics to give me that edge and get more done,” said Thomas.

Charlie Fiordalis, chief digital officer for agency MediaStorm, started making his own nootropic mix back in 2013. And then he got hooked up with a nootropic pill called “alpha brain” after comedian Joe Rogan discussed them on his podcast. Now, he takes alpha brain every morning as well as caffeine and L-Theanine at 3 p.m. every day.

“When I don’t take nootropics I will feel tired in a long meeting,” said Fiordalis. “In our industry, you have to be good at long meetings and make sure you say something smart every hour.”

Of course, there’s no shortage of concentration remedies with varying levels of effectiveness. Plenty of pharmacologists cast doubt on their efficacy in normal, healthy adults not suffering from cognitive conditions like attention-deficit disorder.

“There’s not a lot of data that suggests there is any cognitive enhancement,” pharmacology researcher Michelle Arnot told Now recently. “You hear the words ‘smart drugs,’ ‘nootropics’ and ‘cognitive enhancers,’ but we’re not really seeing this, in a healthy population at least, from the stimulants.”

There is also an active nootropics subreddit where users are exchanging their own recipes and sharing experiences of taking nootropic stacks. Geoffrey Woo, a Stanford graduate who co-founded nootropics firm Nootrobox in 2014, said that his early customers were mostly coders. Now, he sees top executives from Silicon Valley and Madison Avenue as well as Hollywood moguls. As a result, he claims that Nootrobox now has “multimillion dollars in revenue a year.”

“They are folks you have heard of and talking heads on TV,” said Woo. “We’ve got thank you notes from agency executives. Nootropics are still a new concept for most people but they are getting mainstream.”

Proponents argue that nootropics are harmless, and compare their effect to what happens in the Bradley Cooper-starrer “Limitless,” where taking a pill lets him access all of his brain’s potential. But opponents argue that there are side effects like headaches, high blood pressure and dehydration. And users may feel lethargic or stoned if they overdose.

MediaStorm’s Fiordalis, a nootropic user, said he likes them because they’re supplements and don’t have much sugar, unlike Red Bull, which he consciously avoids.

While Fiordalis and Gnack’s Thomas are not sure if nootropics can truly power them through or if it’s just a placebo effect, they do recommend the supplements to other people, including co-workers. But other agency executives interviewed for this article are either unaware of the existence of nootropics or remain skeptical about their effects.

Some people just go old school: Geoff Cottrill, president of MullenLowe U.S. in Boston, said that he has never heard of nootropics and he drinks Diet Coke to keep himself going. Alastair Green, executive creative director and Joe DeMiero, management director of digital for agency Team One, said that in California they have sunshine, coffee, wine, surfing, fresh avocados and beautiful cars to help them stay focused and energized.