Starting out with Havas’ Laura Maness: ‘You either win or you improve’ 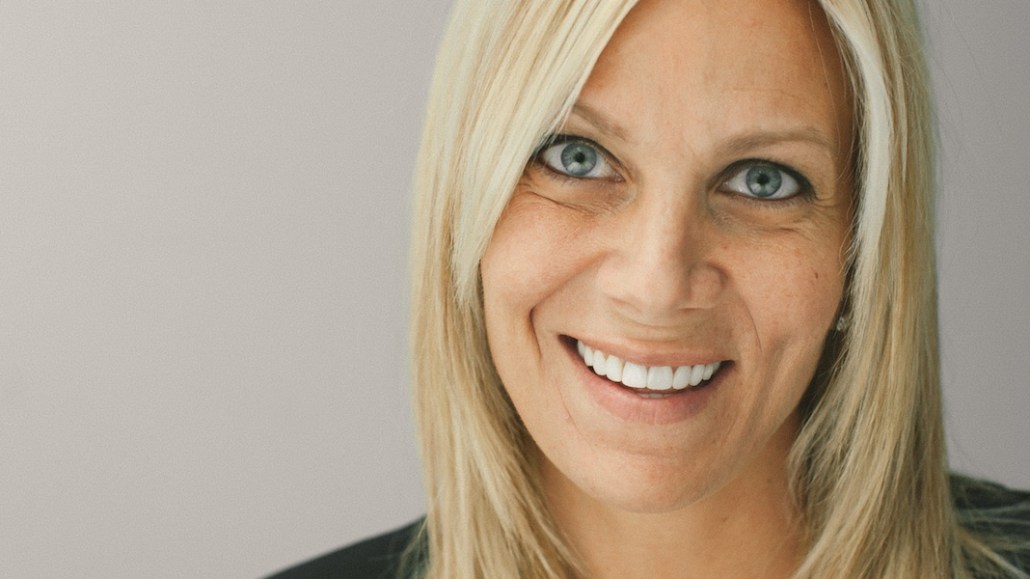 A veteran of the advertising industry with nearly 20 years of experience, Havas Worldwide New York CEO Laura Maness has worked in both independent agencies as well as behemoth networks. She’s had stints at Black Dog Interactive, FCB and WPP/Wunderman-owned Designkitchen among others, working with clients including Burger King, Diners Club, Dish Network, IBM and Liberty Mutual. Here, she tells us in her own words how she got into the business and shares some of the biggest lessons she has learned along the way.

I was born in a small town outside of Chicago in northwest Indiana. I worked several jobs throughout high school and college and have always been a hustler, which I think is a big reason I am where I am today. My parents were entrepreneurs in the construction business, and before I could even drive, I worked for a company next to their shop and sold novelties door to door. In the evenings and weekends, I worked at L.S. Ayres (now Macy’s) and discovered my natural flair for sales. I set a record for the most cards opened in a season and loved the adrenaline of winning and thrill of the incentive program.

I went to college on an athletics scholarship. Because of my athletics travel schedule, I had to find jobs with evening and weekend hours, so I mostly dialed for dollars and honed my elevator pitch. I raised funds through the alumni club and pushed pre-approved Platinum MasterCards. Our supervisor used to pin cash incentives to the board, and the first person to close a certain number of sales got the cash. It was here that I learned the importance of crafting a tight narrative, the art of rebuttals and overcoming objections.

In my junior year of college, I got accepted into an internship program at a really large PR firm. I thought that I had my entire summer wired, but a week or two before the start date, I got a call telling me that they had been acquired and the internship had been abruptly canceled. I panicked, as it was late in the season and most of the internships had been locked by end of May. But in retrospect, it’s what pushed me toward an advertising career.

I went to the career counselor’s office on campus, and this bright yellow 8.5-by-11-inch sheet of yellow paper on the bulletin board caught my eye. It had a black dog with bite marks on the corner and a memorable tag line, “Creative Communications with Byte.” It immediately struck me because not only was it kitschy and memorable, but also because our family pet was a black lab named BlackJack. So I took it as a sign from the universe. The following weekend, I was selected as an intern for my first agency-related gig at Black Dog Interactive.

My first advertising-related job out of college was in client services at Leo Burnett’s interactive arm called Giant Step, which later became Arc Worldwide, as it’s known today. But my heart was still at Black Dog, so I went back there eventually and stayed until the mid-2000s. When I returned to Black Dog, I was primarily pitching and on-boarding new business, and building out a marketing team. We picked up the Chicago Bears, Citigroup, CORT Furniture, Diners Club International and Weyerhaeuser. It was a great run.

There’s nothing I love more than winning. But in this business, you have to remember that you’re simply not going to win every single pitch. You have to remind yourself that just like with sports, as much as it hurts, losing is an opportunity to regroup and learn. You either win or you improve. Pitching is where teams build bonds that last a lifetime, whether they win or lose.

If there’s been a career low point, I’d say losing good people along the way has always been something I’ve struggled with. I put in a great deal of value in building camaraderie, and I’ve always believed that employees are our only true assets. So when someone leaves, for whatever reason, the challenge is to accept that everything happens for a reason, and that the present turmoil created by losing someone valuable will pass.

I love what I do because I think we’re reinventing advertising daily. I’ve only had one, three-week long hiatus before Havas, and I ended up with life’s greatest surprise: I became pregnant during that time. I love what I do, and I worked right up until the birth of my son. In fact, I was in the middle of the Dish brand pitch in our Chicago office when I called my husband, took a taxi to the hospital and delivered my son four hours later. I am and always will be a “growth girl.” As CEO, if we’re growing our client’s business, our agency typically grows as a byproduct. And that’s how it should be.