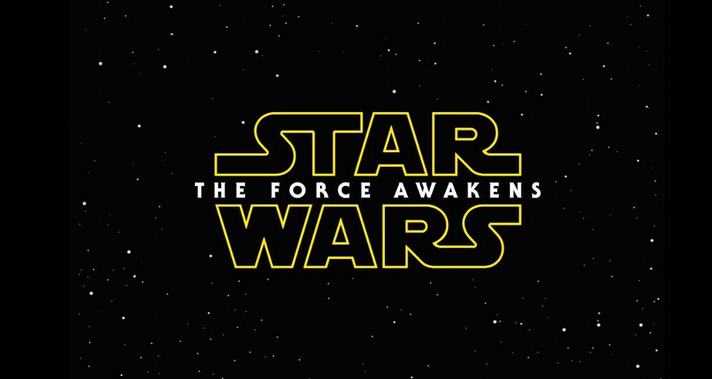 Lucasfilm has confirmed the name of the new Star Wars movie. In a tweet that went out from @StarWars, the Disney subsidiary said that principal photography has been completed for “Star Wars: The Force Awakens.” That means, basically, that CGI and other short shots are yet to be done, but the major live shots are all finished.

That clears up some confusion from earlier this year, when Harry Knowles, a movie blogger who owns “Ain’t It Cool News” said that the working title for the new Star Wars movie would be “The Ancient Fear.” #TheForceAwakens has already seen 17,000 tweets go out in the past couple hours, according to Topsy and is trending in the United States.

I have awoken this morning to a stirring in the Force… #TheForceAwakens @starwars — James Arnold Taylor (@JATactor) November 6, 2014

Many were also unimpressed with the lacklustre title, deciding to parody it.

Others had some fun with Photoshop and turned it into a meme.

That IS a weird Star Wars title. pic.twitter.com/5D5ucqXC12

ok may have to go see this pic.twitter.com/BtdlWOIYot

Then came the brands.

would rather watch this tbh pic.twitter.com/Hl47g5L67f

The ‘Star Wars’ franchise is almost as well known for its marketing as for its movies. As the Hollywood Reporter put it, the franchise is “the most successful Hollywood marketing franchise in history.” It has extended from licensing — mini Yodas, light sabers and online games like Star Wars: The Old Republic — to offshoots like Cartoon Network’s “Clone Wars.”

And then there’s the co-branding: Lego’s Star Wars video games, Volkswagen’s unforgettable mini-Darth Vader Super Bowl ad “The Force,” and more. This year, the NPD Group reported that Star Wars is one of the top five toy properties in the country, along with Disney Princess, Barbie, Nerf and Lego.

That, despite the fact that the last movie came out almost a decade earlier, in 2005.