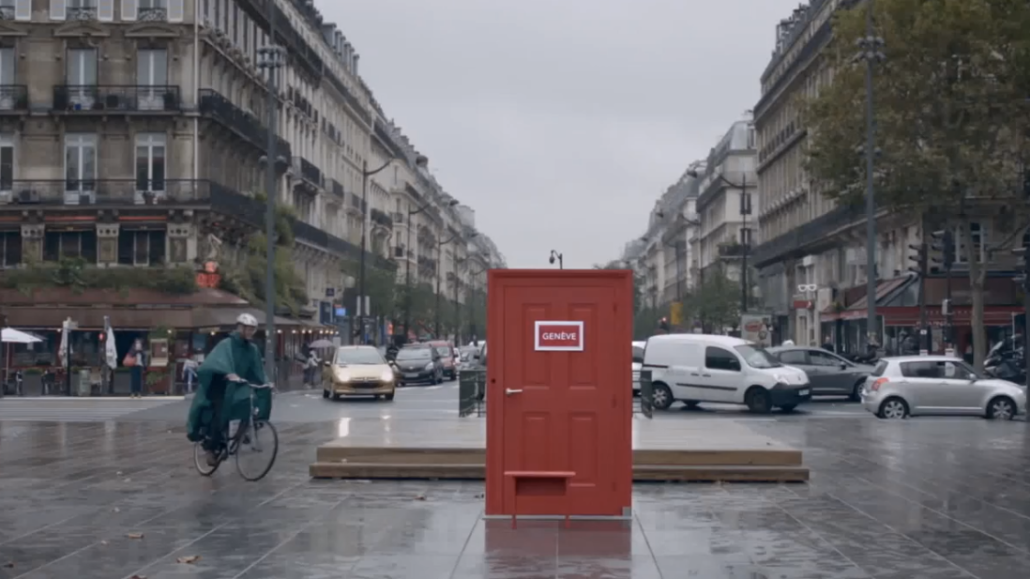 SNCF, with the help of agency TBWA\Paris, created a cool outdoor digital campaign to virtually transport Parisians to cities like Milan and Brussels through actual, physical doorways that were placed in various public areas around Paris for two days this past September. The doors opened up to special digital flat screens broadcasting live streams from different European cities.

Watch the video to see the SNCF campaign in action: