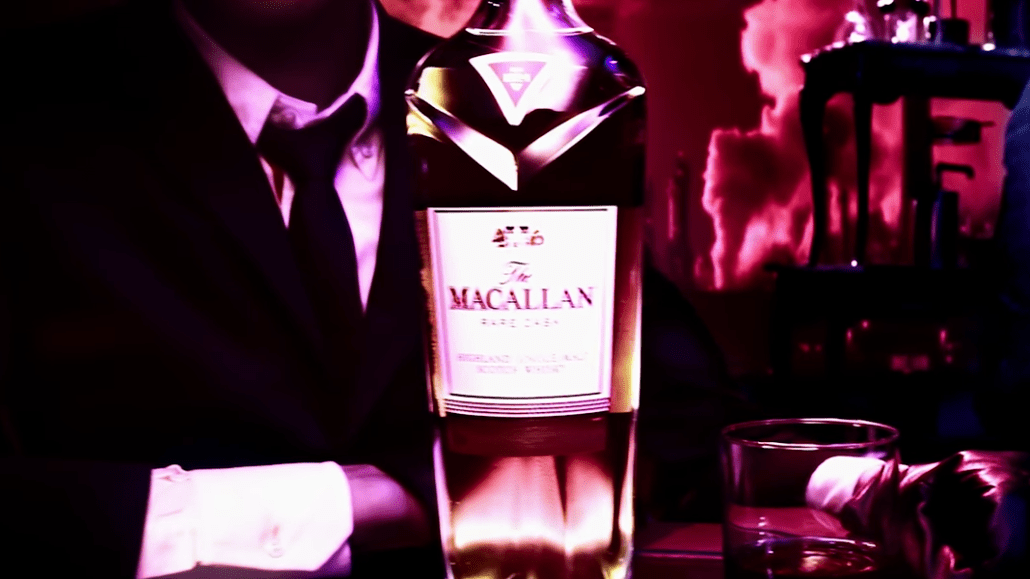 Two weeks ago, the whiskey maker launched an interactive video for its annual Masters of Photography initiative, a program in which it creates a limited-edition whiskey collection with renowned photographers. This year, the brand worked with Steven Klein. Previous collaborators have included Mario Testino, Elliott Erwitt and Annie Leibovitz.

The touchable video features a Klein-designed “moving art piece,” in which the camera pans across models seated with whisky-infused cocktails in their hands. The video has 13 touch-points that, when tapped or clicked, reveal additional information about the whisky as well as the collaboration.

For example, when you click on a cocktail glass, a window pops up, sharing that Macallan whiskys derive their color from the oak in their maturation casks. It also provides details about the Steven Klein Limited Edition whisky, which has a rich, dark hue with a pinkish tint. Macallan’s agency, M Booth, worked on the technology behind the touchable video.

“We have been pushing our boundaries and trying new things in digital for a while now, so this was an obvious next step,” said Samantha Leotta, senior brand manager at Macallan. “We also know that consumers are engaging with video more than ever before, but we wanted to take it even further, expand our reach and make it even more engaging than regular videos.”

The video works across mobile, desktop and all social media platforms, and the brand is promoting it with paid media on Instagram and Facebook.

According to the brand, its touchable video has seen higher engagement and longer view times than the regular social video content that it pushes out across its social platforms. While the average view time on the brand’s social videos is 15 to 30 seconds, Macallan’s average view time for the touchable video is close to a minute. Each user so far has spent an average of 27 additional seconds interacting with the different touch-points. The video has received more than 2,800 organic views since it launched.

Several fashion brands have experimented with touchable spots to drive sales. In the spirits and alcoholic beverages category, Stella Artois has also come up with a similar video. Aside from the video, Macallan has experimented with VR and 360-degree video as well, and it created a Facebook Messenger chatbot last fall.