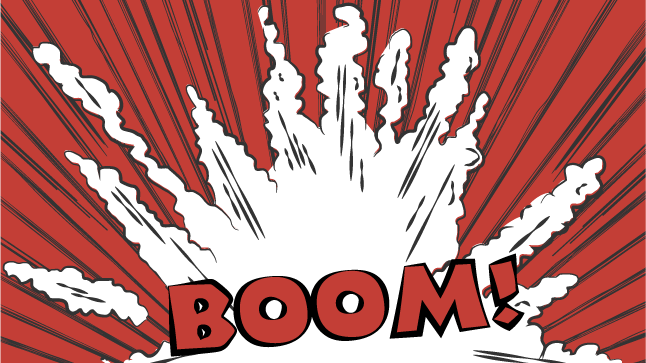 The hacking of Burger King’s Twitter account earlier this month was a textbook social media disaster. The hackers joked that the company had merged with McDonald’s, promoted rappers and talked about its employees taking drugs. It’s a brand manager’s nightmare.

And yet, that doesn’t necessarily mean the debacle had a negative impact on the brand overall. In fact, it may even have had the opposite effect. As Oscar Wilde famously phrased it, “The only thing worse than being talked about is not being talked about.” Maybe the same goes for brands.

“I think it was actually great for Burger King to have that exposure, and it got a lot of people participating,” said Peter Kim, chief solutions architect at Dachis Group. “I think the ultimate outcome was probably a good thing for the company.”

The numbers seem to support that argument, too. In just two days, followers of the Burger King account grew by more than 36 percent, from 82,000 to more than 112,000. When access to its account was finally restored, the company tweeted asking its new followers to stick around, and the vast majority has. The account currently has over 110,000 followers.

Followers aside, wider Twitter buzz around the brand increased significantly following the event, too. According to data from Bluefin Labs, Burger King was mentioned 494,000 times last week, up from just 102,000 the week before. That buzz might not have been entirely positive, but people were talking about the brand nonetheless. There’s no such thing as bad publicity, so they say, and Burger King certainly got plenty of it.

“Although Burger King’s Twitter hacking taught them and the rest of the industry some valuable lessons, they didn’t come out of it too badly in the end,” said Robin Grant, co-founder of social media agency We Are Social. “No permanent harm was done;  they posted a savvy update once they got the keys to their account back, engaged in some amusing banter with their fellow victim Jeep, and their audience on Twitter grew.”

If sales increased because of that buzz, the company probably isn’t complaining too much, despite the embarrassment, Kim suggested. “People are into Burger King for their burgers, fries and milkshakes, not their marketing. I think ultimately it would take the increase in sales if this type of event leads to it.”

In fact, Kim said Burger King should have done more to capitalize on the situation. As Grant referenced, it did exchange tweets with Jeep, whose account was also hacked that week. But the brand arguably missed an opportunity to turn a negative into a big social media hit, with the right content. There’s a lot of talk recently about real-time marketing, so they could have created content to play off of the hacking.

“That might have been a way to have played the situation and won, despite the black eye,” Kim said. “We see that as a best practice, the best thing marketers can do is embrace situations like these and turn them to their advantage.”