A Netflix for puppies and other great global creative 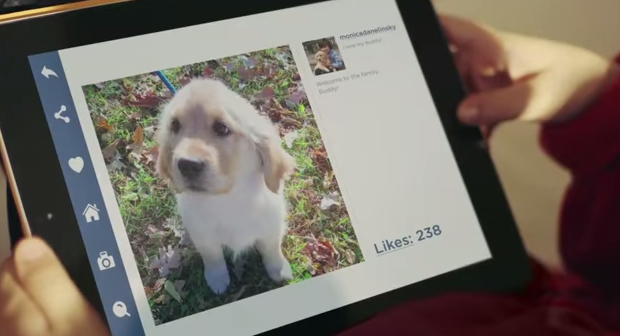 This is the fifth installment of Digiday’s series that highlights interesting, creative, funny or otherwise notable digital projects from around the globe. While these lists are by no means meant to be comprehensive, it is our intent to shine a light on the rest of the world’s current best. Please send me tips.

It’s 2015, but the Thai remain the undisputed champions of heart-tugging advertising, with another tearjerker by Thai Life Insurance and Ogilvy. A Barcelona-based chef has come up with an ingenuous new recipe for success, not in the kitchen, but on social media. And the Toronto Humane Society has doubled up the cute puppy quotient in their latest video, which has an important message at heart. Here’s a look at some of the latest cool campaigns from the world over:

Trust the Thai to get you misty-eyed and make you reach out for those tissues. Thai Life Insurance is at it yet again, in this touching real-life inspired story about a child discovering his super power simply by helping his mother with her work after school every day. The message is simple: You can be positive through whatever life throws at you. It clearly touched a chord again, with over 1.5 million views on YouTube since being posted on Jan. 5.

This ad takes a dig at the downside of our technology-driven lives and desire to make everything convenient just with the click of a button, highlighting a very serious issue: pet abandonment. It is a faux ad for “Puppy Swap,” a made-up subscription service that lets people rent a dog and give it up whenever they please. The campaign promotes that puppy love lasts forever, and isn’t just another fad. It has gathered over 96,000 views on YouTube since being posted on Jan. 8.

Istanbul-based Y&R Team Red teamed up with Vodafone Turkey to develop an app to combat domestic violence – a serious issue in Turkey with 50 percent women being affected. Called “Red Light,” the app allows the women to seek help from three contacts simply by shaking their phones. The way the app was promoted was also innovative, masked under beauty tutorials or through lingerie labels and waxing strips, to evade abusers. The app was downloaded nearly 7,000 times and used nearly 4,000 times, according to the agency.