Portrait of the Creative 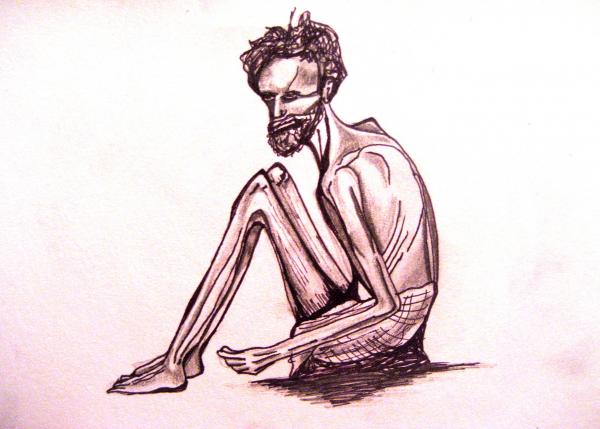 In a fit of creativity, would you eat a doughnut?

In her recent article in The New York Times, Susan Cain says that you should. More to the point, she argues that in seeking creativity from their employees, companies wrongly privilege collaboration over privacy. Despite the pervasive model of what Cain calls the New Groupthink, “research strongly suggests that people are more creative when they enjoy privacy and freedom from interruption.”

That is an interesting notion to ponder in the world of advertising. The new model of creativity, we’re told, revolves around collaboration. Out is the “Mad Men” era of an inspired idea, borne out of the ether and scribbled on a napkin. It is the model of interchangeable parts, each doing its bit to cobble together. Advertising, it seems, is fated to be more science than art.

Perhaps that’s not the wisest course. In her challenge to the New Groupthink, Cain points to the example of Apple’s co-founder Steve Wozniak, who wrote in his memoir, “Most inventors and engineers I’ve met are like me … they live in their heads. They’re almost like artists. In fact, the very best of them are artists. And artists work best alone …. I’m going to give you some advice that might be hard to take. That advice is: Work alone… Not on a committee. Not on a team.” Wozniak, however, in Cain’s account, tempered his solitude with informal chats with colleagues. Creativity, Cain asserts, flourishes when workers have their own space but can from time to time comfortably and casually kick around ideas with other people.

Cain ends her essay by highlighting how much Wozniak in his early days at Hewlett-Packard benefited from a managerial strategy that aimed to foster creativity: “Every day at 10 a.m. and 2 p.m., management wheeled in doughnuts and coffee, and people could socialize and swap ideas.” I don’t doubt that such a strategy effectively lured people out of their offices, but we need to recognize that creativity, such as it is, is fundamentally at odds with management, whether it’s brainstorming sessions or, more generally, a strategy for creativity.

Creativity always has an anarchic streak about it.

In Franz Kafka’s short story “The Hunger Artist,” creativity appears in an artist’s work as a professional faster, an art which, the story notes, lost considerable popular interest “in recent decades.” In his prime, however, the artist drew great crowds as he fasted for up to 40 days in a cage. He relished the suspicious fans who got close to his cage and searched high and low for a secret stash of food. He was eager to extend his fast beyond 40 days, but his impresario knew from experience “that for about forty days one could increasingly whip up a city’s interest by gradually increasing advertising, but that then the people turned away—one could demonstrate a significant decline in popularity.”

As popular interest in fasting decreased over the years, the hunger artist stuck to his art because he was “fanatically devoted to fasting more than anything else.” Therefore, he joined a circus where he was relegated to a cage spectators passed on their way to the exciting animal exhibits. He suffered the verbal abuse of passers-by and fasted much longer than 40 days (though, by this point, no one was interested in counting how many). He died in his cage and was quickly disposed of to make space for a panther, which quickly became a popular favorite of the spectators.

The hunger artist was a successful artist because of his fanatical devotion to his art. In a time of “real-time feedback loops,” it is important to recognize this single-minded devotion. Of course, he was also a failure for his employer, the circus, because of this devotion. Perhaps Kafka is pushing us to recognize that the best creative activity in any art, including advertising, is ephemeral and impossible to order up. As much as we hope that technology might change this fact, it is unlikely to do so.

The good news is that since the art of professional fasting has largely passed us by, we don’t need to be shy about grabbing a doughnut when the cart comes around—no matter how artistic we may strive to be.

Tom Butler is a professor of English Literature at Eastern Kentucky University. He also mooonlights as Digiday’s copy editor.