‘I felt like a fraud’: PJ Pereira on proving yourself in advertising 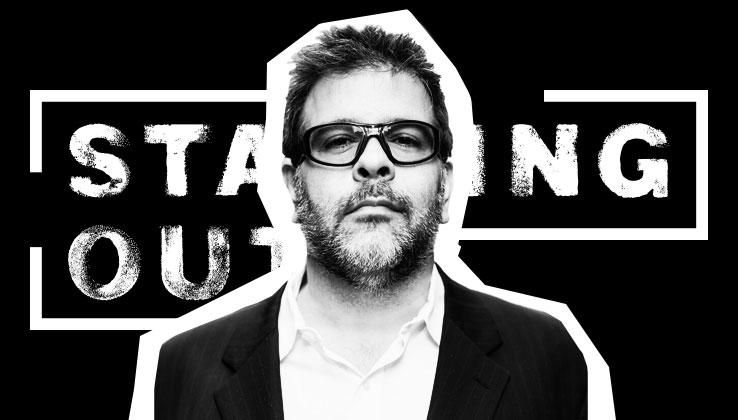 PJ Pereira is the founder and creative chairman of Pereira & O’Dell. He also wrote a trilogy of West African myths. On this episode of Starting Out, Pereira discusses how writing helps maintain his business and creative acumen, and he talks about the pressure he felt to assimilate into America.

The experience of moving to another country gives you a whole new appreciation for where you come from. When I just arrived in San Francisco, at that point, Brazil was the hottest stage on the advertising world. My agency had won all the awards. I came here thinking, “I’m going to teach the Americans how to do Brazilian-style advertising. It’s gonna be great.” It was awful.

Two weeks before I joined the agency and the week after I joined, a lot of people resigned because they didn’t want to be working with this South American guy. There was a day [a year in] when I asked a [team member] what happened when people were resigning. He told me that they were talking about “this crazy guy from Brazil that is going to make everything different.” That’s when I realized I wasn’t just a crazy guy — I was a crazy guy from Brazil. If it was a crazy guy from Kentucky, it would have been different. Brazil meant it would be unpredictable and crazy.

My first six months in this country were the worst six months in my entire career. I felt like a fraud. It feels like nobody wants you to succeed. They want to prove that just because you had success in other places, it doesn’t mean you will have success here. There is a pride here that America is a different game altogether. The way you talk and explain your ideas matters a lot. Unless we as an industry understand how to be more welcoming to foreigners, we will always lose six months to a year of their potential. The American market is so used to having people with good English and ready to work that they are not used to having to make a little effort to understand what people are trying to say. I tried to explain things in the first six months that people weren’t willing to try to understand. Partly, I couldn’t communicate [perfectly], but they didn’t listen, either.

I’ve been in conversations in my own agency where people tell me, “I don’t want to hire people because their English is not so great, and it’s a foreigner.” I say, “Stop. Do you see what you’re saying and to whom you’re saying that to? You’re going to miss the talent because that person doesn’t communicate easily, and you’ll have to make an effort? I think your priorities are wrong.”

Twenty years ago, my best friend’s mother died, and I went to the funeral. I realized that she was a high priestess in the African religions in Brazil. So, he showed me [the culture]. There is a big part of [America’s] roots that is treated as subpar culture. So I wrote a trilogy on the myths of African gods and tried to publish it. The publishers said it was too niche, and “those people” don’t read. I asked what they meant by “those people.” Eventually, I published it. It became a bestseller.

When my book published, people started asking me, “Are you leaving advertising?” No. The two things are connected. When I’m writing, my muscle gets exercised. It gives me more windows to express my creative anxiety. When you have these creative anxieties, you need to get that out. If you only have advertising as the way to express it, then you will take every opportunity to express it. In theory, that’s good — until the point you become irresponsible and when you start recommending things to your client that are better for your expression than what is better for the business.