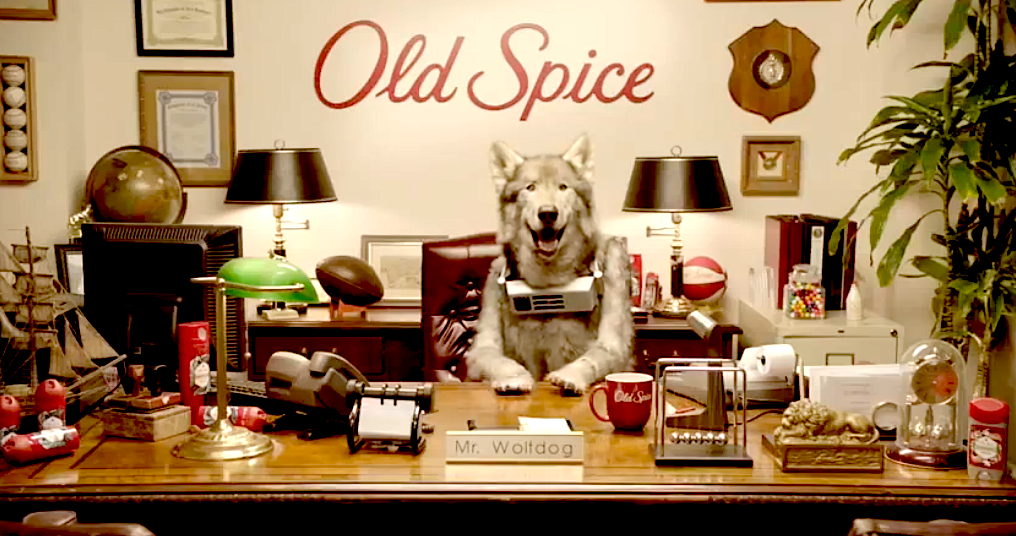 Old Spice has made an interesting new hire for its executive director of marketing, as part of its latest campaign by Wieden + Kennedy for its new line of products, “Wild Collection.”

The new hire, Mr. Wolfdog, is a talking wolf that knows a lot about the wild, obviously, and apparently a lot about marketing. As he points out, he’s got all of the “cliche businessman decorations” on his desk to show that he’s “definitely successful in business and definitely not just a wild animal.”

When Mr. Wolfdog isn’t busy eating some of his employees and having meat sacks delivered to his office, he blogs and tweets to try to unabashedly get you to buy Old Spice. His English is a bit stilted at times — the wolf-to-English translation hasn’t been perfected yet — but his alpha dog marketing style is clear. His blog is awesomely cheesy ’90s style, complete with lo-fi, money-related GIFs.

Fake Twitter accounts and blogs from animal mascots can veer into awfulness — remember Home Depot’s Richard the cat? — but this one from Old Spice isn’t bad. It’s sarcastic and pokes fun at the whole marketing exec thing and none of it feels overly forced or cheesy in the way that Richard the cat does.