Ogilvy & Mather’s John Seifert: You’re only as good as others give you permission to be 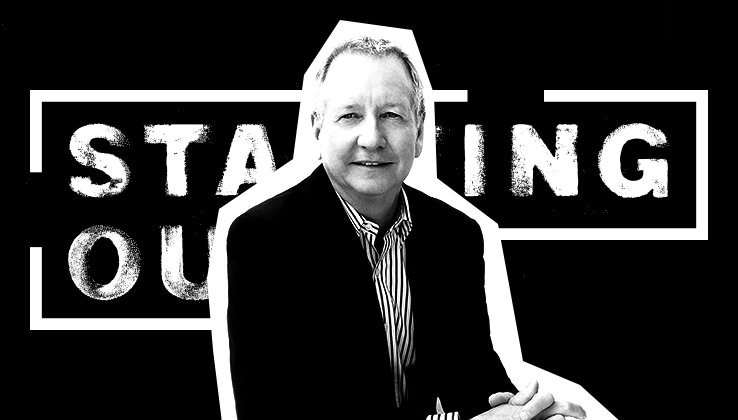 From college dropout to the worldwide CEO of Ogilvy & Mather, John Seifert’s career seems like the plot of a movie. Seifert joined the agency for a summer job during his sophomore year at the University of Southern California 38 years ago — and never left. On this episode of Starting Out, Seifert discusses his path to one of the largest agencies in the world.

After my parents divorced, I didn’t take it well. My mother was my hero. Those were the days, if you were a woman, you couldn’t get a credit card. Nobody believed you were creditworthy unless you were married or had a big job where you were making lots of money. I can remember we would go out and pay cash for everything.

My mother’s best friend, who worked for David Ogilvy, told me one summer that I was not academically performing well, and I may not have a future in the world if I didn’t pull up my socks. Her solution to this was getting me a summer internship at Ogilvy. She called her friend in New York, Bill Phillips, who was then president of Ogilvy U.S. He gave me the summer job.

It was the summer between my sophomore and junior year. I was in love 15 minutes into work. I never studied all night ever, but I worked two all-nighters in the first two weeks of working there. I was assigned to a not very capable account executive, who had to prepare 300 slides for a presentation, the physical slides of the old day. I can remember day two, he walks around the hall and forgot to put the circular ring on top, and all the slides fell out. We were meant to do a rehearsal with the senior vice president on the account, and I’ve never heard anyone get yelled at so intensely.

After the fantastic summer, I decided that I couldn’t go back [to college]. I went to the supervisor’s boss’s boss. I told him, “I’m doing important work here; I can’t let this go.” Normally, they weren’t interested a sophomore going on to be a junior to be an account executive. But I wore them down. After the fourth person, they couldn’t take it anymore, and they said OK.

The more little things you did that raised expectations, the more indispensable you became. For example, my first promotion: We [junior account managers] had to produce commercials that never saw the light of day because you had to do them to sell a toy. We used to do 7 a.m. meetings with the clients to approve the rough cut. We always put on a breakfast, and I decided to mix it up. I got fresh orange juice and did a whole buffet. You would have thought I gave them gold bars. I got promoted five minutes after the meeting. A lot of people say that’s not value-added work, but it got me connected emotionally to the clients and agency team.

I was transferred to Bangkok to work on the American Express account and be the general manager of the office. It was a huge culture shock and an uncomfortable experience. My first few months there were deeply frustrating because I thought I had to prove myself. So I would go into meetings and introduce ideas, thinking it would make me look smart. Then, I hid in my office, and I would just write decks, hoping that would show what a great person I am. Then, I went into a big client meeting, but five minutes into the meeting, the clients ignored me and started speaking to each other in Thai. It felt like I wasn’t there. I cried inconsolably. I called my sponsor and said, “We made a huge mistake.” He laughed at me and said, “We didn’t invest in you to have you cry and say you can’t do this.” I went back, and it felt like weights had been lifted off me. Rather than trying to impress, I went and listened.

I just became a presence in teams instead of being the “farang” [foreigner] who knew everything. It was a shock of humility because it taught me you’re only as good as others give you the permission to do what you do. It takes generosity. You have to make it about them and not make it about you. If I hadn’t learned that lesson, there was no way I would have become chief executive of the company.