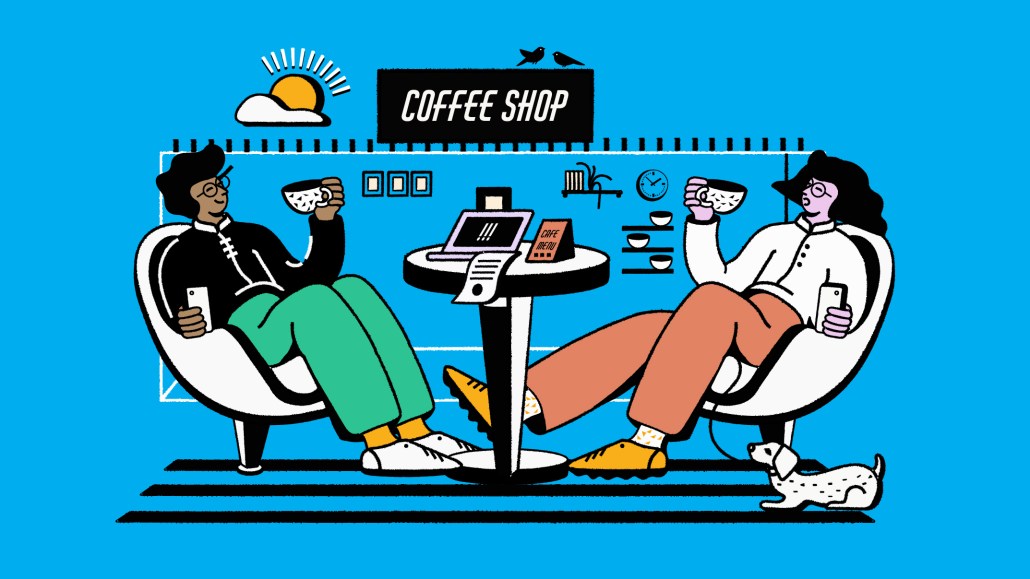 Hybrid working needn’t be as two-dimensional as working from either the office or home. With pandemic restrictions loosened, many people are turning to hotels, cafes and bars as an alternative to co-working spaces and offices — giving a much-needed boost to the hospitality sector.

These so-called “third spaces” are growing in popularity for people who crave some kind of buzz and atmosphere while they work, but aren’t yet ready for office, or even co-working environments.

Researchers from the Business School at City University of London, and Goldsmiths, University of London, visited 36 different venues in London, including coffee houses, pubs, hotel bars, churches, museums, libraries and train stations to conduct in-depth interviews with customers who regularly work from such spaces.

Workers experienced better productivity and greater motivation than home working, with third spaces offering the health and well-being benefits of socializing and mitigate isolation the interviews revealed. They also felt a sense of belonging that can’t always be achieved from home working, the researchers observed.

A rise in demand for working from third spaces is on the cards and companies rolling out their hybrid work set-ups should be prepared to embrace this, as should hospitality businesses, according to lead researcher Dr Laetitia Mimoun.

“It might take time for companies to get used to this, but they can ignore it and hope that people stay at home, or they can embrace it, and even encourage employees who live in the same area to work in the same coffee shop to create that team dimension,” she said.

For Ellen Cole, who runs her own social media, PR and marketing consultancy from York in the U.K., working from cafes, libraries and hotels helps reduce loneliness. “Simply having someone to talk to and hearing background noise has really helped me with work,” she said.

The research also resonates with Jeff Melnyk, founding partner at growth strategists Within People, who launched the business eight years ago with a “no office” principle. His globally distributed team has regularly worked from restaurants, coffee shops and bars.

San Francisco-based Melnyk is also working on a new book and likes to write from a busy, noisy environment like a hotel bar. He even once had a meeting with two agency founders from the viewing platform at the top of London’s Tate Modern gallery.

That had more impact than booking a meeting room at a co-working space, he said, which he thinks are essentially just offices anyway. “Not everyone has an optimum space at home to work — with distractions, family to care for, or just the wrong energy. Our environment plays a critical role in getting us into flow. There are certain creative tasks that I just can’t do from home,” he added.

Likewise, Sarah Hawley, CEO and founder of remote jobs website Growmotely, has worked remotely since 2014, and likes to work outside of the house two days a week, often from her favourite cafe in Austin, Texas. She predicts a rise in hybrid spaces: cafes built out more like co-working spaces, and hotels with integrated work spaces.

“Different people thrive in different working environments, and also feel energized by changing their scenery. Some of us, on some days, need a quiet, focused space, like home. A cafe can provide a hybrid environment where one gets to absorb the energy of the people bustling around, without needing to engage one-on-one,” said Hawley.

Naturally, it’s not for everyone. David Robinson, managing director at Scottish digital agency Red Evolution, said he and his remote team members favour co-working spaces over cafes, pubs and the like, believing them to be noisy, distracting and ultimately, not set up for work.

“Cafe owners are running businesses, not a creche for workers — it’s rude to take space and power and assume a flat white every two hours justifies it,” he said.

“If you need the bathroom, let’s hope your MacBook is still there when you get back. And if you need to Zoom, I’m sure the client doesn’t mind the clank of cups and loud chatter in the background.”