Nike reminder to Brazil: Soccer isn’t the only sport 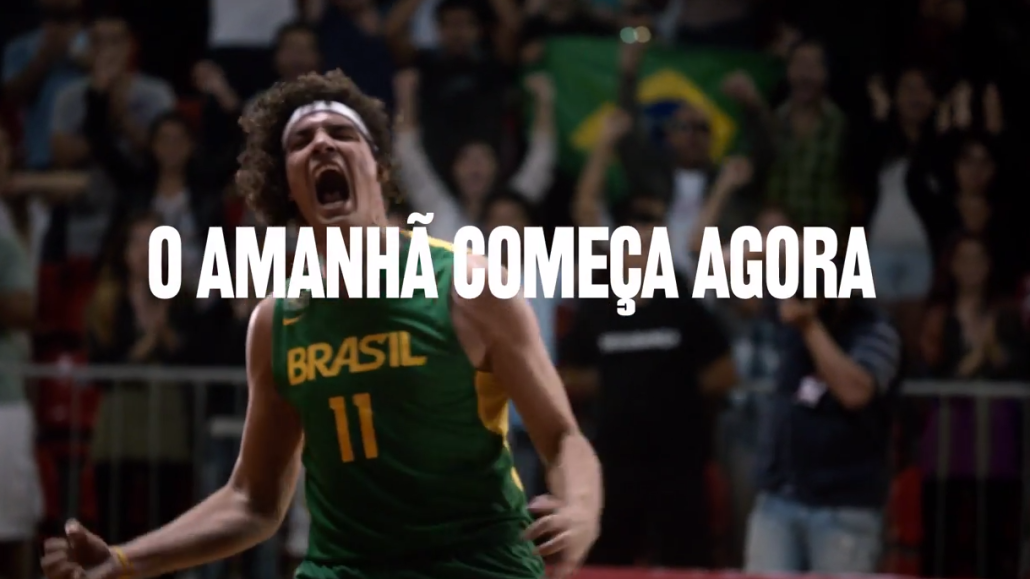 While Brazil’s shocking semi-final World Cup defeat to Germany will no doubt take fans a while to forget, it seems that team sponsor Nike is ready to move on — and fast. Nike Brazil, along with Weiden + Kennedy, launched the latest chapter of its “Dare to be Brazilian” campaign after the final Sunday night, with a spot that explicitly focuses on every sport under the sun but soccer. The tagline “A defeat is not the end; it’s a new beginning.” Ouch.

“Tomorrow Starts Now” was created to encourage Brazil as it begins preparing for the next big event it is slated to host: the 2016 Olympics. Running a little over a minute, it features top Brazilian athletes — including basketball players Leandrinho and Anderson Varejão, track and field athlete Ana Claudia Lemos, beach volleyball players Clara and Carol Salgado and bronze medalist in the modern pentathlon at the London Olympics, Yane Marquez.

“A lot of Brazilians have been through a tough last week and the aim was to lift their spirits and encourage them to look forward and keep fighting,” Ryan Fisher, Nike’s account director at Weiden +Kennedy Sao Paulo, said.“We wanted to encourage Brazil to keep training, keep pushing and keep cheering.”

The video highlights the strength, concentration and rigor of the athletes and shows them in tense pre-game moments and during crucial plays on the field. It celebrates the spirit of Brazil, “their ability to do the unexpected, their fierce determination to be the best that they can be and the manner in which they bring their soul to the field, pitch or court,” Fisher said.

The spot has been aired on both open and paid TV in Brazil as well as on other digital and social platforms, and has gathered nearly 860,000 views on YouTube in a day. “So far the response across all of our channels has been very positive,” Fisher said.

That’s not to say Nike is giving up on soccer. Adidas may have been the official World Cup sponsor, but Nike effectively ate its lunch on the marketing front — and has every intention to just keep doing it.

The shoe giant has launched a sleek new digital and social app called Nike Soccer in the U.S. (the name is localized in other markets), which comes with exclusive content, sends timely alerts on upcoming events and allows users to chat with friends with special emojis — and, naturally, get access to exclusive Nike products.