The next generation: VCU Brandcenter focuses on tech and data 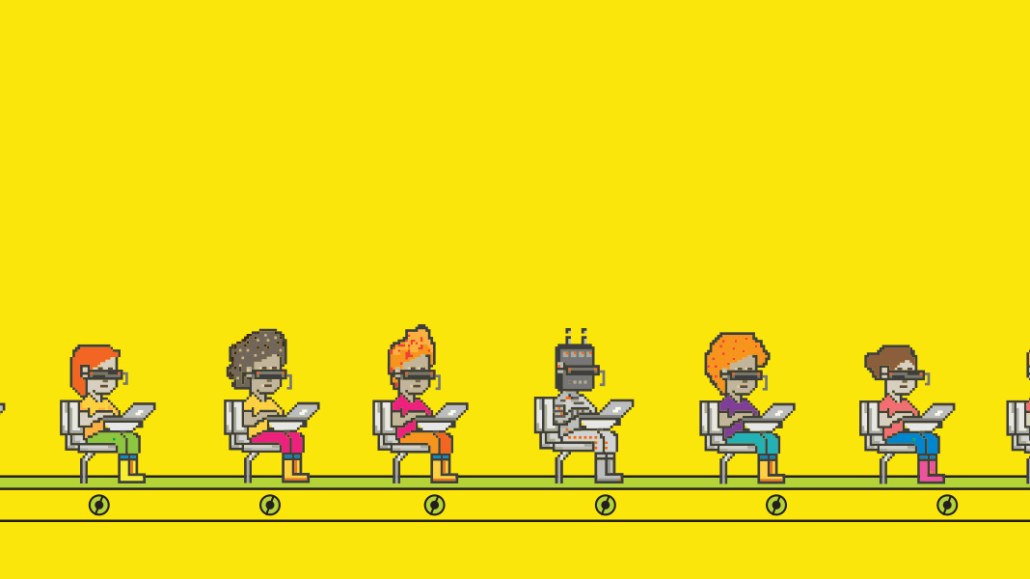 At VCU Brandcenter, an anxious group of students heads to the front of the class to present their project proposals. But instead of their peers’ eyes looking back at them, they are faced with a sea of virtual reality headsets.

On any given day, students at the graduate school, part of Virginia Commonwealth University in Richmond, are likely to be working on projects involving emerging technologies like augmented reality and VR for companies like Spotify and Uniqlo. The school’s 60 classes routinely bring in new technologies and approaches that agencies, brands and consulting firms want their future employees to have.

“We can’t really have a static curriculum because the marketplace is always changing,” says Caley Cantrell, head professor of Brandcenter’s strategy track and head of the curriculum committee at the 22-year-old school. “Before, there was one route to get a job in advertising. Sure, there are still students getting jobs at agencies, but now we have some starting their own businesses, or going into consulting or working on the client side.”

This effort to infuse the curriculum with new technologies that agencies and brands are embracing started three years ago when the school evolved its creative technology program into user experience design and introduced classes such as visual storytelling and information architecture. Classes on artificial intelligence and human-machine interaction are set to start this fall.

In the past several months, students have worked to bring AR and geotargeted content into the Spotify app, brought technology into Lowe’s stores and made a mobile app for Uniqlo to help the retailer collect new kinds of data.

“In any given class, we change the content and nature of the assignments, bring in real clients and constantly ask students to solve contemporary problems,” said Andrew LeVasseur, experience design professor at Brandcenter. “We are adapting our curriculum in near real time to those changing dynamics.”

Brandcenter was started by Diane Cook-Tench, then a partner at The Martin Agency in Richmond, to fill a void. In 1996, there were various portfolio schools for advertising students, such as Creative Circus and Portfolio Center, but there wasn’t a school connected to a large university. Cook-Tench wanted to provide a path for students who wanted a career in advertising but also wanted to earn a master’s degree. Creatives from The Martin Agency served as some of the school’s first teachers, and today the school still employs several professors who got their start at the agency. Being part of a university enables students at Brandcenter to get exposed to other disciplines and work with students in those areas. For example, in fall 2017, Brandcenter strategy students and anthropology students from VCU’s School of World Studies worked together on a project that examined age bias in society.

Originally, the school was called the VCU Adcenter and had three tracks — art direction, copywriting and strategy — to train students for jobs at traditional ad agencies. But as media separated from agencies and the public’s trust in advertising began to diminish, the school’s leadership realized it needed to evolve as well.

Rick Boyko, past co-president and chief creative officer of Ogilvy North America, became director of VCU Adcenter in 2003 and led the school in making siloed tracks more collaborative, moved the school from VCU’s mass communications department to the business school and added media buying to the curriculum. As it became apparent that students wanted to work on the brand side, the name of the school changed from Adcenter to Brandcenter.

Being tied to the university can make it complicated for Brandcenter to update the curriculum, yet in the eight years Boyko was director, the school altered its curriculum seven times, which he says is an amount “unheard of in this industry.”

As the ad industry becomes more global, Cantrell says the school is looking into creating online classes that would appeal to international students and offering ongoing education classes for executives who are looking to improve their skills outside of a degree program.

The school’s emphasis on creative thinking, strategy and technology makes its graduates, which number about 100 a year, attractive to recruiters. Lionel Carreon, global director of creative recruiting at R/GA, calls Brandcenter students “Swiss-army knives.” Alex Ross, recruiter at The Martin Agency, says the agency employs 14 Brandcenter alums and tries to hire them as much as it can.

Troy Gary graduated from Brandcenter in May 2017 and is now a digital strategist at Deutsch. “Evolving is the name of the Brandcenter’s game,” he says. “I don’t think companies know what they are looking for, but we are trained and certainly qualified to help them figure it out.”