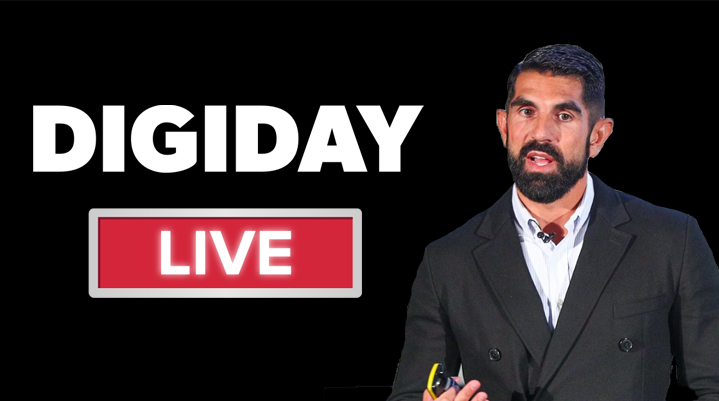 L’Oréal Paris has heavily relied on celebrities in its marketing strategy. But recently, it’s added influencers to the mix to connect with consumers in the digital world and reinforce the message of the brand through diversity, a cause with which many brands are now aligning themselves.

“The old model of marketing with celebrities was very top-down and a bit dated,” said Adrien Koskas, L’Oréal Paris UK’s general manager, at the recent Digiday Brand Summit Germany in Berlin. “We realized it was very important to get closer to our consumers,” he said. “We have started to work with influencers to really bring that connection and closeness with our consumers, and also broaden the face of beauty and make it much more diverse and more in sync with what today’s beauty is about.”

He talked more about the role influencers play in brand amplification and how L’Oréal works with them to reach out to women across age groups, regions and races to reinforce its brand message, “Because you’re worth it.”

Influencers provide brand application to an engaged audience
“The influencers started talking to their fan base, and then the brand can amplify with the traditional paid media. It also allowed us to change the perception of L’Oréal Paris, and we have amazing feedback in terms of sentiment. It’s not just fluffy words of advertising. We use influencers to get this powerful personal endorsement.”

Influencers also provide a strong feedback channel
“It’s also an amazing feedback channel for us. They have a huge reach; their followers comment on their posts and content all the time. It’s also a fantastic channel for amplification of our events and presence throughout the year. They’re really the voice of the brand for the consumers. They’re like super-consumers.”

Influencers with stories are active players in society who add value to the brand’s message
“There is a story for each of the influencers or individuals for how they came over self-doubt, and it’s been extremely powerful. Because they have an audience, people listen and follow. Sometimes the image of influencers is that they’re paid by people to show different products. So they were happy and motivated to be a part of this [promoting a brand’s message] and support the bigger purpose of this. Influencers can have a role beyond showing brands and products on their feed. They can play an active role in the society. They are role models today for lots of consumers in a very specific generation. They can give back, and they have a purpose.”

Influencers can reinvigorate diversity and inclusivity for a brand
“Behind this mythical tagline ‘Because you’re worth it’ is a very strong value. We believe that everyone is perfect, wherever you are and wherever you’re from. We see influencers as a way to bring that statement to life, and really showcase a different face of beauty — much more inclusive, diverse and connected with our consumers. Influencers are a great way to get closer to your consumers. They’re not instead of celebrities. They’re more of a complement to celebrities to really blend this aspirational top-down image of the brand with something closer, warmer and much easier to activate on a local basis.”

Maintaining direct contact with influencers is key
“You need genuine endorsement and sincerity. We meet them on a daily basis. And if they’re only here for the money and don’t really care about L’Oréal, we don’t want to work with them because it’s gonna show. I don’t want to go through the agencies. I want my team to know them. We have direct contact with them. It is a big differentiator. If there are too many people in between, then you lose communication and money.”

Influencers will have different reach with different age groups
“Below 30, influencers work very well. Between 30 and 50, there are influencers who work. We have an influencer who is 40-something, and she has an audience. In this age group, it’s harder to find, but L’Oréal as a brand works a lot with women who are 40, 50 or 60. We try to find influencers of all ages, but obviously the reach is not the same. So if you have a 60-plus target, obviously TV is going to be 70 percent of your spend.”