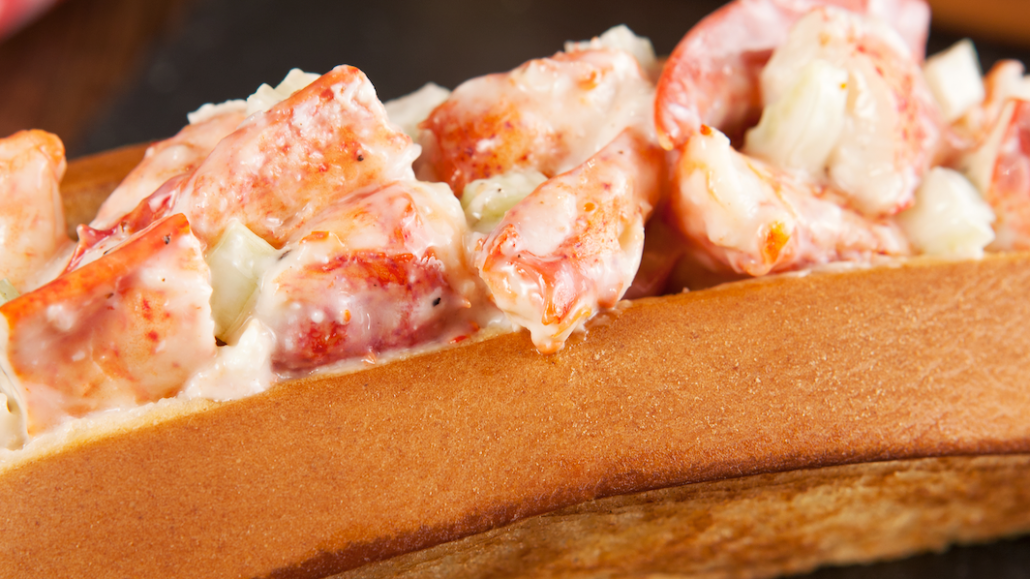 Work at an agency and want a free lobster roll or cheeseburger? Kontera’s got you covered, as long as you submit an RFP.

A senior account executive for the text link vendor sent an email to multiple agency buyers this afternoon that said “the first 10 media teams that emails me an RFP before 1/31 will receive either JG Melon Burgers or Luke’s Lobster delivered to your office for your entire team. Thanks and good luck!”

It’s the sell-side version of the email one Zenith buyer sent to vendors last year, which demanded that vendors deliver food to a bar for a birthday party, and breakfast sandwiches to the agency’s office the next morning to help cure hangovers. It’s also a sign that in a tough market for ad sellers, tactics to get in front of buyers are getting ever more desperate. Last July, for example, Izea emailed buyers offering them Apple products in exchange for ad buys.

The Kontera salesperson that sent the email said trading RFPs for burgers isn’t a regular strategy for the company. “It was a 1 time only email. :)”, the salesperson told Digiday. (We’ve chosen to keep the seller unnamed. This isn’t the first or last time a seller pushed the envelope to try to fill the sales pipeline.)

A spokesperson for Kontera said the company’s sales team is currently running an in-house competition for the account executive that brings in the most RFPs, but that incentives were not part of the competition.

“The individual’s offers in the note were not sanctioned by Kontera or our sales leadership, and it is not reflective of Kontera’s policy, operating procedure or values,” the spokesperson said.

It’s not uncommon for agency buyers to be wined and dined while “introductions” to salespeople are made, of course. Or even to receive sunglasses, jeans  or gift cards for their time. But buyers say it’s rare to be offered a straight trade of food for RFPs. Meanwhile, other sellers think it’s a lame tactic.

“It’s sad that someone is begging for RFPs in such a way. But indicative of what [this industry] has become,” said ad sales vet and Maker Studios head of sales, Jason Krebs.

“If the offer was ‘meet with me’ and I will bring lunch, then I see very little problem. But to attach the lunch offer to getting an RFP is absolutely wrong. RFP’s represent a client’s interests and ultimately dollars, this is a bribe by definition,” added media sales consultant Ari Rosenberg.

Another ad seller described it as “low-brow network slime.”

Buyers were equally unimpressed. On Buyercrowd, a site for ad buyers, one user said the offer was “desperate, pathetic, insert other sad adjective here.” Another commented, “I’ll have a lobster roll with a side of desperation.”

The email is below, in all its pink and purple glory: 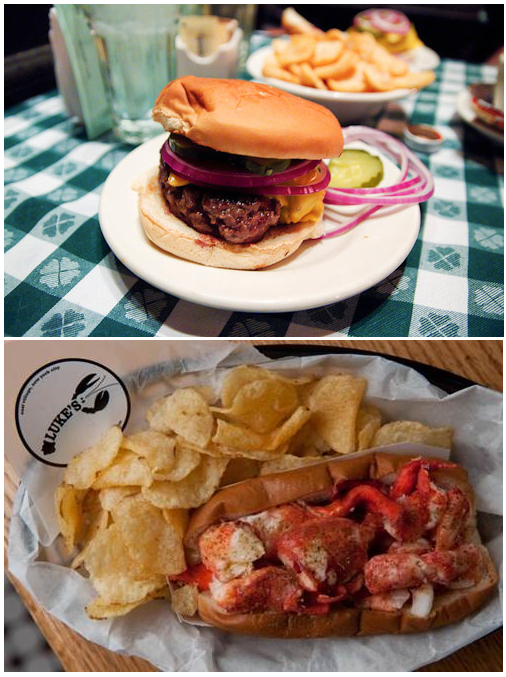 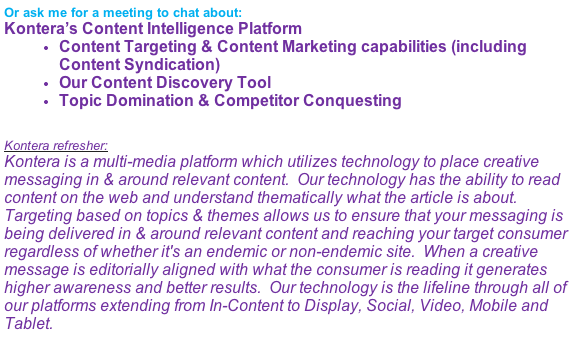 UPDATE: This story has been updated to include comment from a Kontera spokesperson.