What are the lessons from Nike FuelBand? 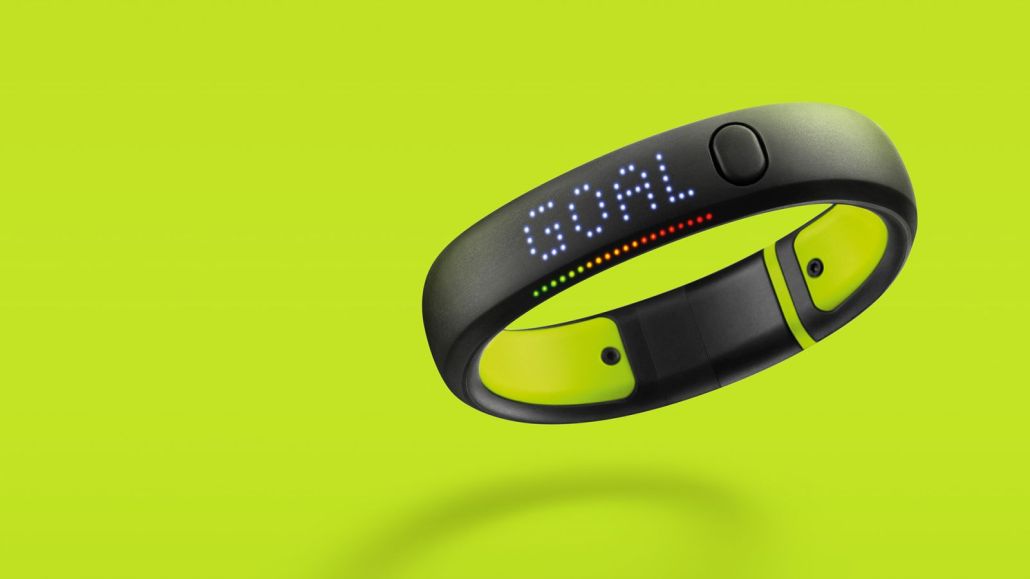 If the reports are true, Nike is rethinking its strategy as a manufacturer of wearable computing devices, notably its 2-year-old FuelBand activity monitor. Nike itself has equivocated on the matter.

FuelBand was launched with much fanfare. Many heralded the device as a symbol of how far Nike had evolved from a manufacturer of footwear and apparel to a full-fledged technology company. It was entering a nascent market with pure tech competitors like Fitbit and Jawbone, as well as lurking giants like Apple. It was awarded the Titanium Grand Prix at the Cannes Lions in 2012, and FuelBand became shorthand for the desire of brands to break out of the same-old-same-old in marketing and truly, ardently embrace innovation.

And now, Nike appears ready to beat a retreat. The exact nature of that retreat is unclear. CNET reported Friday that Nike had fired “the majority” of the FuelBand staff and a planned revamped version of FuelBand slated for the fall was shelved.

Nike itself has sent mixed signals on FuelBand. It indicated to CNET that it was rethinking its approach, while offering a deflection to Re/code by talking about new colors for the device. There’s also ample evidence that Nike will continue to support the software side of wearable computing even if it doesn’t make the hardware.

The question remains what — if anything — went wrong. After all, Nike is a high-profile brand, and FuelBand was an audacious bet that it could muscle its way into an entirely new category that still fit with its overall mission of enabling athletic performance.

Chad Stoller, co-managing partner of IPG Media Lab, sees FuelBand as less of a cautionary tale and more of a bold move that will morph. The future of FuelBand, according to Stoller, is in the data, not the hardware. With Apple most likely working on an “iWatch” of sorts — and Apple CEO Tim Cook on Nike’s board — it makes sense for Nike to concentrate on a sensor strategy that works with a variety of wearable devices, including Apple’s.

“I don’t think the product was a failure,” Stoller said. “FuelBand has done more for the public awareness of the category. The tech product cycle is so much shorter than footwear tech. It’s probably not a business they want to be in.”

Others have weighed in with thoughts on the fate of FuelBand. A sampling:

John Brownlee, writer, Fast Company
Nike has insisted on translating it into “NikeFuel,” an abstract concept — something like Nike’s own version of Weight Watchers points — that users have a hard time wrapping their heads around. Historically, it also wasn’t particularly accurate. With the first-generation FuelBand, if you went for a swim, did some skating, pumped iron or did anything besides walking, you couldn’t really accurately track how much you were exercising. With its second-generation FuelBand, Nike attempted to address some of the problems, but at the expense of the user experience.

John Thompson, Stratechery
FuelBand was interesting in a product sense but didn’t make much business sense for Nike. It didn’t lead to the direct sale of any of their products, since it was meant for wearing around the home and office; relatedly, while there may have been some brand utility in people sporting a Nike+ wearable, a product meant to make you take the stairs doesn’t exactly remind you of an athletic lifestyle.

David Berkowitz, CMO, MRY (via Ad Age)
What may have tripped up Nike is its own mission statement, which says Nike is here “to bring inspiration and innovation to every athlete* in the world” (*if you have a body, you are an athlete). If Nike’s in the innovation business, and its target market is everyone, the FuelBand makes sense. The only way it seems it could justify shuttering FuelBand is by saying it’s no longer innovative. But I’d argue that some aspects of the FuelBand — especially in its design — are far more innovative than Fitbit Flex and other competitors. What Nike ultimately had to accept is that while it says it’s in the innovation business, it’s mostly in the footwear and apparel business. Every brand grapples with this, and many have lofty ideals, but consumers are more practical. People can get inspiration and innovation from a lot of brands, from Pope Francis to Google. People can only get those comfortable, well-engineered, swoosh-sporting sneakers from one source.