Lacoste’s new Snapchat campaign and more from around the world 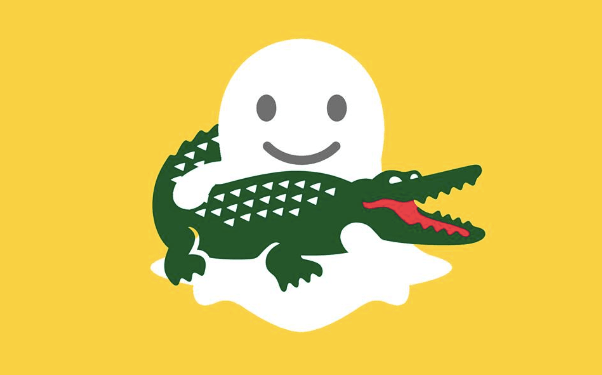 This is the third installment of Digiday’s series that highlights interesting, creative, funny or otherwise notable digital projects from around the globe. While these lists are by no means meant to be comprehensive, it is our intent to shine a light on the rest of the world’s current best. Please send me tips.

Thanksgiving is nearly here and brands have already started rolling out their Christmas campaigns. Still, there has been no dearth of other cool, unrelated campaigns from around the world. Lacoste continues to experiment with social platforms popular among younger fans with a new Snapchat campaign, while Unit 9 Films has launched a new live action game for zombie-lovers. Here’s our latest look at cool global campaigns.

Lacoste and BETC’s #SpotTheCroc
With a new Snapchat campaign, the casual wear brand is asking its fans in the U.S., U.K., France and Germany to find a crocodile hidden in a series of five 10-second Snapchat videos. A video will be released every two weeks featuring someone playing tennis or golf, skateboarding or walking a slackline. Lacoste’s tag: “Life is a Beautiful Sport.” Users are encouraged to view the videos, take a screengrab of the exact frame on which the crocodile appears, and send it back to Lacoste for a chance to get 20 percent off their next Lacoste purchase. The first snap, which features a rollerblader, was released yesterday.

Unit9’s “Five Minutes”
The multiplatform storytelling company yesterday unveiled “Five Minutes,” a branded interactive live-action video game for watchmaker G-Shock. The goal is to defeat a zombie outbreak in under five minutes. Players have to help John, the main character, keep focused as he struggles to retain his memory after a zombie attack.

KitKat and JWT Amsterdam’s “Give Holland a Break”
This time, instead of giving a break to one person, KitKat gave a break to an entire country, by ridding it of Gordon Heuckeroth — Dutch performer and TV judge of “Holland’s Got Talent.” Through an interactive game made for promoting KitKat’s new chunky double caramel chocolate, users voted to ship the celebrity away to a deserted island between Oct. 26 and Nov. 4. If only someone would do the same for Kim Kardashian.

Pepsi Max and AMV BBDO’s Monster Mirror
For moviegoers in the U.K., Halloween got freakier than usual this year. Pepsi Max partnered with agency AMV BBDO and used augmented-reality software and facial tracking to prank unsuspecting people at the Odeon Cinemas in London. The video, with more than 1.5 million views, shows people’s reflections in the bathroom mirrors as they are converted into faces of clowns, werewolves and zombies. Pepsi is no stranger to pulling pranks on its fans; earlier this year, it scared commuters with realistic-looking video of an alien invasion at a bus shelter.