Jockey Relies on Tired Cliches for its Latest Campaign 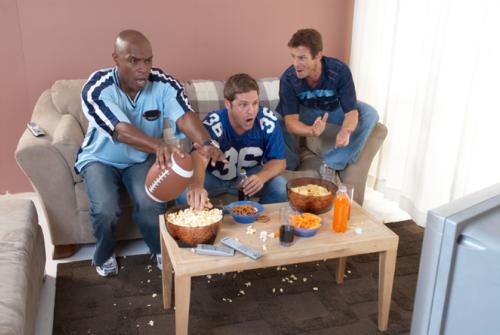 A new hashtag campaign from Jockey called, “#GuysOnSunday” wants women to photograph their football-obsessed significant others and post it to Instagram for a chance to win a spa package for herself and a “man cave makeover” for the dude.

“As the man in your life dedicates Sundays to watching football and yelling at people who can’t hear him,” the campaign copy reads, “you can snap a shot of the madness for a chance to win the ultimate his and her $5,000 prize package.”

Really, Jockey? The female has to do all the work in order to win, and you’re still going to reward her husband for sitting on the couch and doing something he does anyway?

“What about the women who are bigger fans than their husbands??” a female Facebook commenter on the brand’s campaign post wanted to know. And what about those of us who choose not to date man-cave-dwelling troglodytes?

Jockey also wants to access all of your Instagram information through a sign-up page, which makes it a challenge to actually enter the contest. Maybe this is standard practice for some branded sweepstakes, but wouldn’t it be easier to to upload a photo to Instagram and hashtag it #GuysOnSunday?

“We want to celebrate the ultimate fans in all their glory while also rewarding their loved ones who put up with them during football season,” said Dustin Cohn, chief marketing officer at Jockey, in a press release for the campaign. We get it, but it’s pretty male-centric for a female-targeted campaign.

Digiday reached out to Jockey for comment, though hasn’t yet received a response.