The internet is freaking out after Skippy is discontinued in Canada 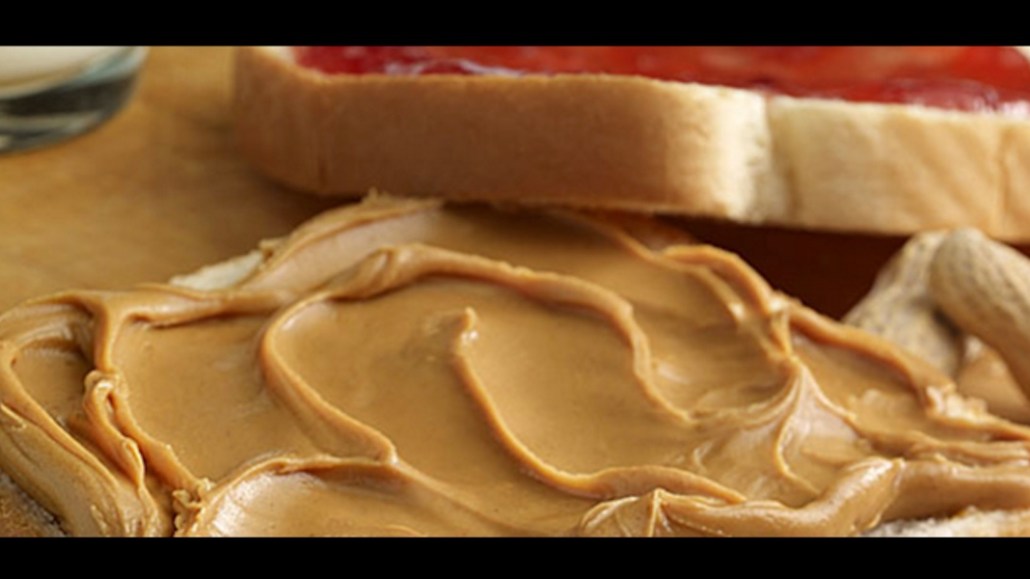 Skippy peanut butter has been discontinued in Canada, and the internet is freaking out.

Hormel Foods, Skippy’s parent company, discontinued the brand in Canada several months ago. Since then, the jars have steadily disappeared from grocery store shelves. Hormel stopped selling Skippy due to competition and pricing that hurt the brand’s profitability in the Canadian market.

“It was an incredibly difficult decision to withdraw Skippy peanut butter from the Canadian market,” a Hormel spokesperson told CBC News.

Naturally, the brand’s fans — both teens and adults alike — were outraged and took to Twitter to express their displeasure. While some equated the brand with their childhoods and asked what they were supposed to eat now, others shared pictures of their peanut butter “stashes,” rows of jars they had stocked up on.

@Skippy what peanut butter am i supposed to eat now?? SKIPPY WAS MY CHILD HOOD

@Skippy Devastated at the loss of Skippy in Canada. Here’s a picture of our stash. Should last a year.🙁 #SkippyCanada #Skippy #peanutbutter pic.twitter.com/NKCcf0Whc9

Skippy has been mentioned more than 6,200 times online in the past week, according to data crunched by Brandwatch. Those mentions peaked on May 3 when the news spread, reaching 2,900 by 5 p.m. Eastern Time. Between 2 and 3 p.m. on May 3, there were more than 1,300 mentions. 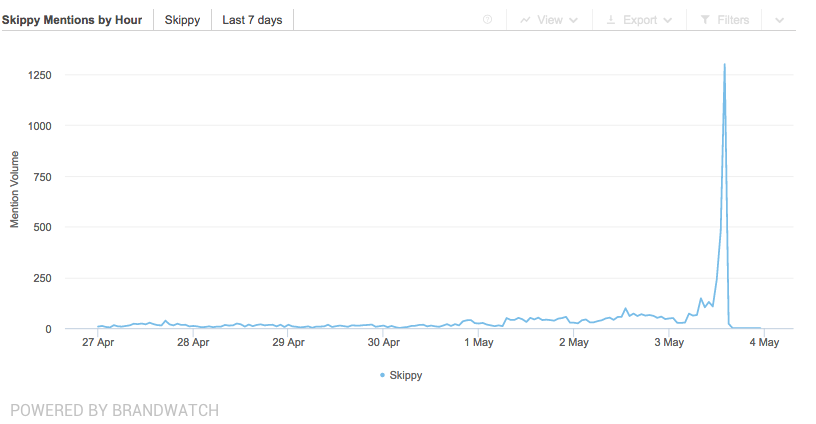 “It used to be that products that were underperforming would quietly disappear from supermarket shelves without much fanfare,” said Jonathan Cohen, principal brand analyst at Amobee. “But thanks to social media, there’s always the possibility that a discontinued product is just a few passionate fans away from becoming a viral moment.”

Skippy isn’t the only brand to take leave of America’s northern neighbor, either. Dad’s Chocolate Chip Cookies has also been recently discontinued in Canada. Since April 30, there has been 270 times more digital content engagement around Dad’s Chocolate Chip Cookies in Canada. The sentiment shows that people are unhappy the snack is no longer available, according to Amobee.