In Mobile, One Size Does Not Fit All 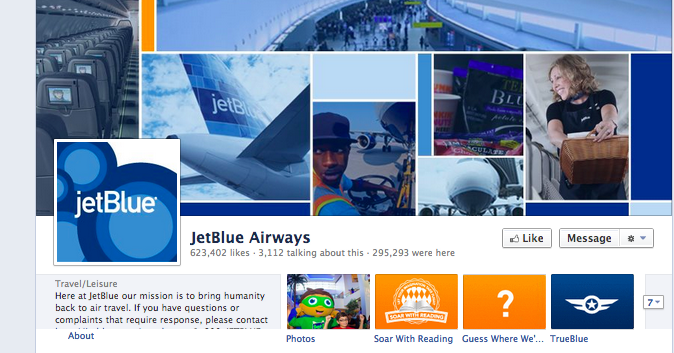 As mobile devices become smarter, more and more brands are changing their mobile strategies, going from a “it’s nice” mindset to a “must-have” point of view. But though all brands should engage in mobile, there’s no strict formula for the approach. Instead, that decision depends on what the brand wants to accomplish, said Jonathan Stephen, head of mobile for JetBlue Airways, in yesterday’s Digiday webinar, “The Dos and Don’ts in Mobile.”

A local hot dog vendor, for example, probably doesn’t need to have a website, but it’s still helpful to have a mobile (and social) presence to let customers know, for example, where the vendor is located on a given day.

As for the debate of apps vs. mobile Web, Stephen doesn’t think that one is better than the other, though he agreed with one participant who suggested apps are targeted toward loyalists and mobile sites are better for reaching potential customers.

“Whatever you’re trying to achieve depends on what screen you should develop on,” he said. That being said, “building a beautiful experience” and landing users on non-optimized pages is perhaps one of the biggest mobile sins — and can also be one reason why click-through rates on tablets often appear so low.

But metrics for success also depend on the goals of the company and are not exclusively click-through rates for mobile sites or downloads for branded apps. For the former, Stephen suggested tracking beyond the click and looking at conversion. For the latter, success metrics may be based on number of sales or number of check-ins, for example.

No matter what content a brand is delivering, though, having a consumable format is an absolute must, so it’s crucial to know what types of devices customers are using. One size certainly does not fit all users, so Stephen advised keeping in mind the device for which display ads are being built. Tablets are often seen as somewhere between the desktop and mobile phone experience, but they’ll carve out their own space, Stephen predicts. And, he added, understanding the technology that innovators like Apple and Google are creating is a good way to determine where the space is going and the type of ad revenue that can be generated from their solutions.

The key to all of this is educating the consumer, though it’s up to brands to explain to their customers how to use the technology they’re introducing. Two trends that have potential but currently lack the consumer know-how are NFC and QR codes, said Stephen. The former has many potential capabilities for brands, while the latter has yet to live up to its hype, though Stephen does believe they can be effective if placed properly.