How the Banner Ad Was Born 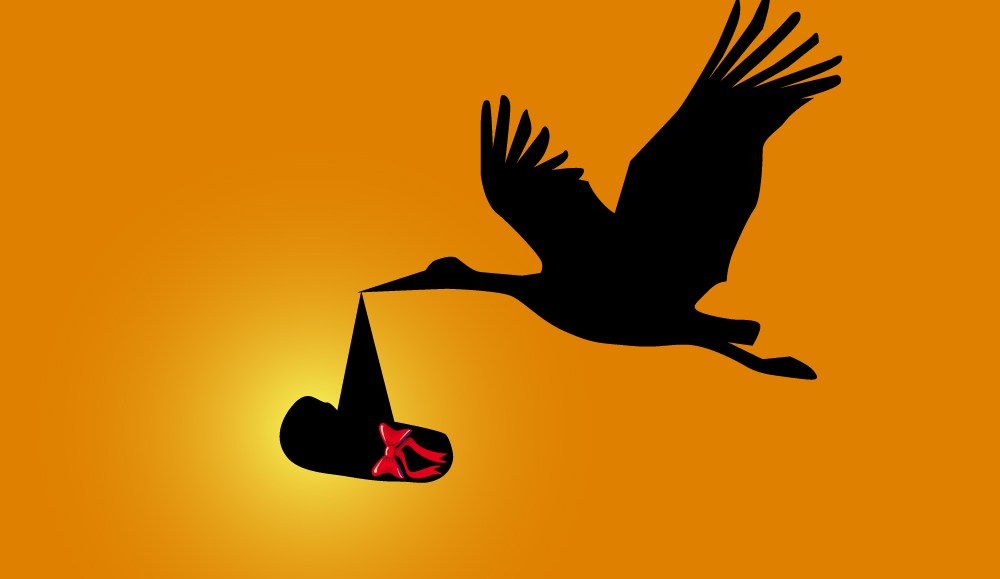 Back in the fall of 1994, Bill Clinton was nearly midway through his first term, Ace of Base was at the top of the charts, and the Web was in its infancy. Businesses were just waking up to the power of the Internet as a commercial platform. In California, the staff at Hotwired — the Internet offshoot of Wired — contemplated how exactly to pay the writers it hired.

The idea arrived to create a dozen sections that would carry “banner” advertising. This wasn’t entirely original. Early Web service Prodigy had used similar methods, although it placed its banners at the bottom of the screen. (This led to the first ad blocker; a piece of plastic affixed to the bottom of monitors to obscure the dreaded advertising.) The ad was small and unobtrusive by necessity. “We were designing for a 13-inch black and white screen,” said Hotwired’s CEO at the time, Andrew Anker. “It was state of the art at the time.”

It is important to remember that the Web was a chaotic confusing place back in 1994. People discovered other sites not through search engines or directories — Yahoo didn’t exist yet — but through “site of the day” recommendations. The Web was still mostly the preserve of artists, technologists, academics and hackers.

Hotwired’s decision to run banners set off a race to see what company would be first. Across the country, in sleepy Westport, Conn., early interactive agency Modem Media was determined to be first. Joe McCambley, a creative director at the shop, was enamored of the potential of the Web. What’s more, he had the perfect client, AT&T, which was in the midst of a campaign positioning itself as the facilitator of breakthrough tech under the tagline “You Will.” Teaming with a techie named Craig Kanarick, who would go on to found seminal Internet agency Razorfish, McCambley set out to build the first banner. They holed up for four days to craft the execution.

For AT&T, which was a revived brand, the first banner opportunity was a perfect fit. Its “You Will” campaign was about imagining technology advancements that at the time seemed mind-boggling. (One TV ad showed a dad reading a bedtime story to his daughter over video-conferencing.) Bill Clausen, working in marketing at AT&T, had a reputation as a forward thinker in what was then “interactive marketing.” AT&T, for instance, was an early adopter of interactive faxes. People would get AT&T brochures with the option of getting more information sent via fax.

“Back then, it was huge,” Clausen recalls. “We were tracking what was happening. We could send leads to a salesperson. We were doing it with these early tools.”

Not that it was easy. The Web back then was looked at as a hobbyist arena, certainly not a potential marketing juggernaut. AT&T was battling it out at the time with upstart competitors like “The understanding and respect for what was about to happen was not there,” Clausen recalled. “I still have the scars over the battles I had to do. It was a tough thing to champion at that time.”

Clausen worked with Modem Media on these early experiments in interactivity. He met with the leaders in the field at the time — AOL, Compuserve, Prodigy — and “brought the Internet back to AT&T.” He knew the Hotwired opportunity was the right one. It would cost $30,000 to run a dedicated placement in Hotwired’s “retina” section for three months. “We put our finger in the air and said which way is the wind blowing,” said Anker. “We didn’t try to sell it any other way than that. We told them it was to have a seat at the table for something totally new.”

Despite the lack of metrics, the pitch wasn’t that hard, he recalled. “We were seen as a real pioneer in the ad community,” he said. “We knew we had an unfair advantage. We could go into an agency and say, ‘Trust us.’ That was the pitch.”

Then the clients and agencies had to figure out just what to do. Anker and the staff at the publisher wanted the ads to “give something back.” The hard sell was out. This was the dawn of the commercial Internet. The idea of advertising on it was controversial. Instead, Clausen and the team at Modem wanted to give people something of value.

“We wanted them to have this incredible offering,” Clausen said. “The idea was to extend the experience and allow them to go and have access to something they never thought they would.”

Many remember the copy on that first banner — “Have you clicked here? You will.” — but mistakenly think it led to an AT&T page. Instead, McCambley and Kanarick built a webpage that collected the early sites of great museums of the world. (Artists were early adopters of the Web.) AT&T would enable people to tour the great works of The Louvre, the Warhol Museum and others. The brand would be, as Modem founder GM O’Connell preached, a service.

“You have to remember back then it was hard to get on the Internet,” O’Connell said. “Most people, if they had access, it was through dial-up modems in the home. It was more about discovery, enlightenment and kumbaya than we’re here to measure the effectiveness of this banner versus the other.”

The ad, which ran in October 1994, performed very well. It initially got a 44 percent click-through rate, according to O’Connell. It was hard-coded into the Hotwired page. Back in those days, as Internet advertising spread to other sites, there were no ad servers. Measuring how many ads were shown was a manual process. John Nardone, who joined Modem to lead its media department at the time, recalls getting log files from publishers in order to count the “hits” an ad got. Log files included hits for each piece of the page’s content; that meant combing through for the .jpg file associated with the ad. The first Web analytics tool was a highlighter pen.

Of course, not that many people saw the ad. Anker doesn’t recall the exact numbers, but said the eCPM would be “ridiculous.” But that’s missing the point, he added. “It wasn’t for AT&T about reaching 5,00 more people. It was about being an innovator. It got them huge amounts of press. You couldn’t value what we were doing back then other than how do you create something new.”

Eighteen years later, banner advertising is a $13 billion business  in the U.S. alone that is the bulwark of the commercial Internet. Despite its many flaws — and all those that created the original banner share misgivings about what it’s become — the banner has powered the creation of tons of freely available content and given birth to a substantial new media industry.

“There was such a purity of thought at the time with people who were involved in digital media,” said McCambley. “We believed if we could create something useful we could be successful. By and large a lot of companies thought we were inventing something good and help people.”