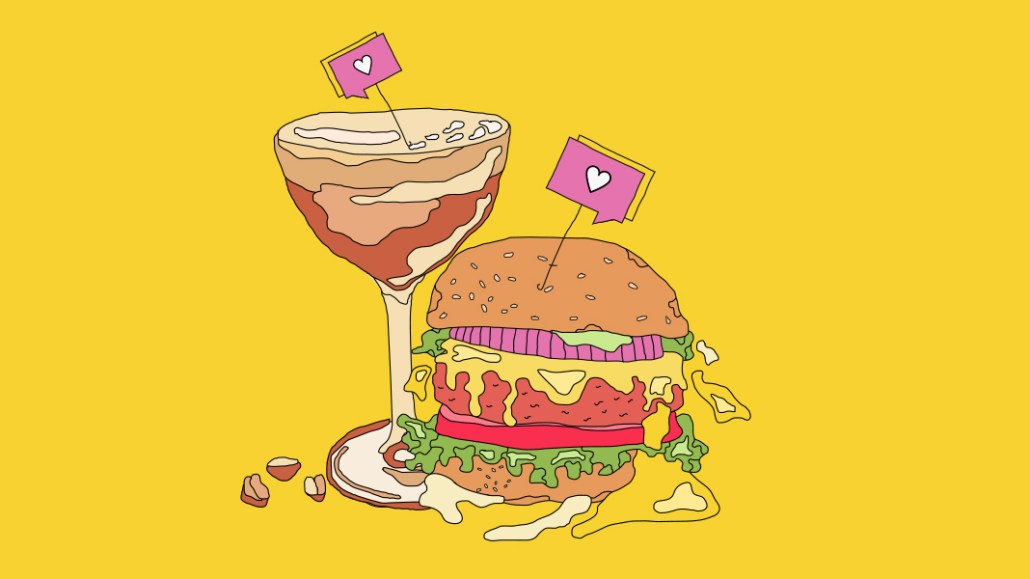 Shake Shack has Hot Ones on the menu.

The American fast-food chain has partnered with Hot Ones, a YouTube interview series where celebrities eat progressively hotter hot sauces, to build awareness for its brand and attract new users to its app. The financial agreement was not made clear.

“We know that the viral YouTube series has a strong cohort of younger consumers,” said Jay Livingston, Shake Shack CMO, who declined to detail the data sharing agreement with Hot Ones. The collaboration includes four food options: a Hot Ones burger, cheese fries, chicken, and bacon cheese fries, all of which have been available since Sept. 16.

Shack Shack kept the new menu items exclusive to its app for the first three days — a medium the company will continue to use for limited-time promotions, Livingston said.

Shake Shack has seen one million app installs since the beginning of the year, Livingston said and 4.3 million people make a first-time purchase digitally on its owned channels — up 75% over Q1 2021 and more than 7% since last quarter, though he did not provide exact figures.

Livingston shared that the majority of Shake Shack’s ad spend was placed in paid social, though he also did not provide exact figures here. “In the coming weeks, we expect our spend on supporting digital platforms to increase to continue to drive individuals to try these awesome items,” said Livingston.

According to Pathmatics data, the brand spent a little over $4.5 million so far this year on advertising. Livingston also noted that Shake Shack also uses a significant portion of the ad spend to tease its new items on the apps and encourage app downloads ahead and during its app exclusive menu. “Delivery is an essential part of how consumers eat today and presents a unique opportunity to reach more people and have them engage with Shake Shack on their terms,” said Livingston.

Food brands boosting brand awareness through creative means is not something new. A marketing strategy for KFC’s app has been developed by Google recently in partnership with the company and Nextbite has teamed up with Wiz Khalifa to boost awareness for their virtual restaurant. Hot Ones has a challenge aspect to its YouTube series and the viral YouTube series has a strong cohort of younger consumers, according to industry analysts asked about the approach.

“Shake Shack’s partnership with Hot Ones is a great way to put some heat on the Shake Shack brand,” said Bryan Black, founder and chief creative officer of Mister Black, a branding and advertising agency that serves as the creative department for regional businesses and emerging brands. “Hot Ones has ‘dare’ in their DNA and the partnership is a smart way for Shake Shack to challenge 20-somethings with their new spicy menu offerings.”

Hot Ones continues to engage with fans beyond video — the brand sells its hot sauces in stores. “The marketing of their sauces is a way for their viewers to engage with the show and feel connected to the content while also experiencing the intensity of the challenge,” said Ryan Detert, CEO of the A.I. social data and conversion platform Influential.

For Shake Shack’s future, the chain plans to continue to use collaborations to get consumer attention. “There might also be some unexpected places we’ll pop up and unusual collaborations as we continue working on innovative ways to help our fans get their Shake Shack,” said Livingston.

Update: An earlier version of this story had cited Shake Shack’s app as a delivery app due to an editing error. This post has been updated to remove the delivery reference.