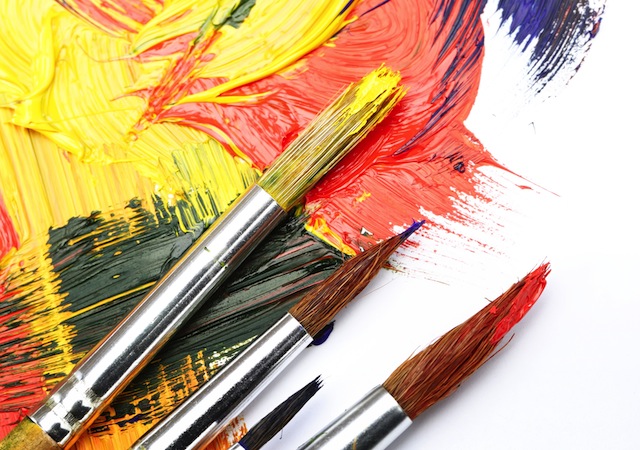 Marketing was once very reliant on text. But with everyone today carrying a camera in their pocket — their mobile phone — the Web experience has become increasingly visual and brands are telling their stories through images.

“We are inherently visual animals,” said Apu Gupta, CEO of Curalate. “When you think about the history of mankind, we were initially painting on walls. We started with pictures, which are more emotional than text and unlike video and sound, it is a minimal commitment.”

As Gupta explained, science also supports the fact that humans subconsciously choose to interact with pictures before words, because sight is our most developed sense.

Now brands are making use of images more and more, especially on platforms like Instagram, Pinterest, Facebook and even Twitter. To better understand the psychology behind images and the actions they trigger, Curalate did a study that connects image characteristics with consumer behavior on Pinterest. The results revealed that visual characteristics like textures, colors and presence of faces impact social actions such as pins, repins and likes.

Curalate’s research also found that color matters. Predominantly red or orange images are repinned more often. The most repinned images have multiple colors. Additionally, very light and very dark images are not repinned as often. Red images get more repins than blue images. Images that are red, orange and brown receive roughly twice as many repins than images that are blue.

The findings also show that people pay attention to details. Images that contain less than 30 percent whitespace are repinned the most. Images with a smoother texture are repined up to 17 times more than images with a rough texture.

The key implication of Curalate’s research is that brands need to start making better decisions about imagery. Gupta referred to Michael Kors as a brand that really gets it and said others should check out what the brand is doing on Pinterest.

“What’s challenging about consumer [obsession with pictures], is there is so much context in a photo itself, that people aren’t using a lot of text to communicate with pictures,” said Gupta. “If someone’s posting a picture of a Michael Kors bag, they’ll just say something like, ‘I love it,’ and for brands that use analytics platforms that search text, this means consumers are talking a new language that brands can’t understand.”

Check out this cool inforgraphic for a better understanding of the findings.