How Crocs is keeping its marketing strategy active on social 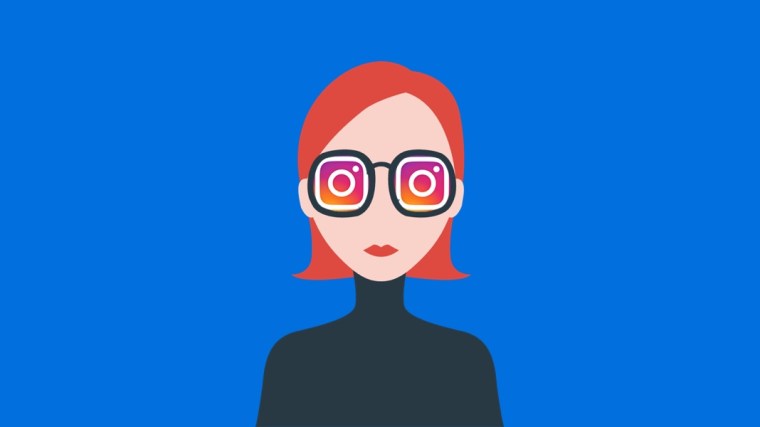 Crocs rode a wave of popularity early on in the millennium, and was recently rocketed into popular fashion once again, thanks in large part to Gen-Z consumers and to a strong social marketing strategy.

But like most companies, the moment that the United States went into lockdown, Crocs stepped on the marketing strategy brakes and stopped all existing campaigns. But that is changing quickly as the brand turns to social to market again.

Yann Le Bozec, Croc’s EMEA marketing director, said in the most recent edition of Digiday+ Talks, a series exclusively for Digiday+ members, that social media became the primary destination for Crocs when advertising the brand during the pandemic.

It also became a great medium for Crocs to start actively listening to fans of the brand, as well as getting in front of new communities to widen engagement with new potential customers.

The messaging and images posted on those platforms have needed to change, given the current climate. However having three months to get the marketing team’s feet back on the ground, Le Bozec said that they are prepared for the new normal and have developed a timeline for messaging that will get the brand back into view, and on the feet, of customers.

See the event video and the slides below.

Staying agile and getting back into action

Acting fast by pausing marketing strategy at the start of the pandemic was not the only point at which Le Bozec said his team had to be agile. He said his team had to figure out how to make any existing marketing materials and promotions work for the current environment. That meant holding off on posting any images of people outside their homes and in public settings.

This also meant leaning heavily into “work from home” messaging and creating new social-first campaigns, he said, which included a series of branded gifs on Instagram Stories.

Forward looking at the recovery period, Le Bozec walked through how his team is preparing for every stage of reopening and what brand messaging and images would fit best in those scenarios:

Croc’s approach to TikTok and other social media platforms

Le Bozec said that with the rise of consumers using social media while in lockdown, these platforms are now top of mind and his team has begum building social-first, timely campaigns as a result.

While Instagram, 818,000 followers, remains the place where Le Bozec said his team engages with fans and consumers the most (either through liking and commenting on posts or speaking with them through direct messages) TikTok, 191,100 followers, has become an appealing place to drive content-based campaigns that his team can have a heavy hand in controlling and leading. 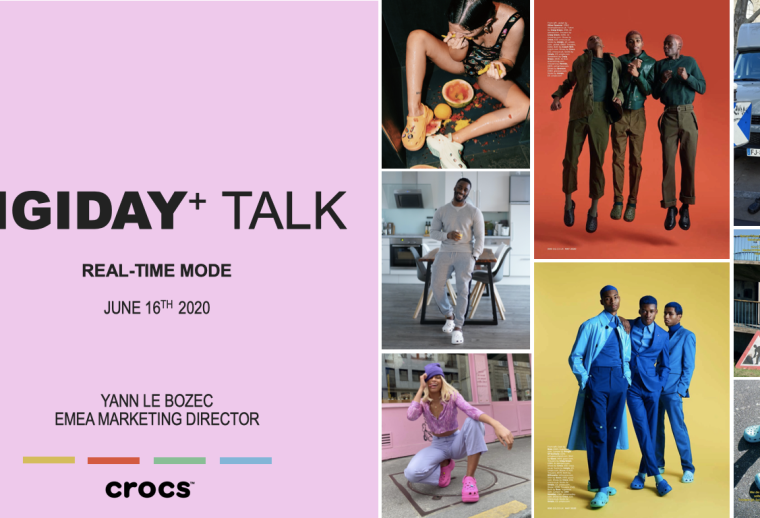 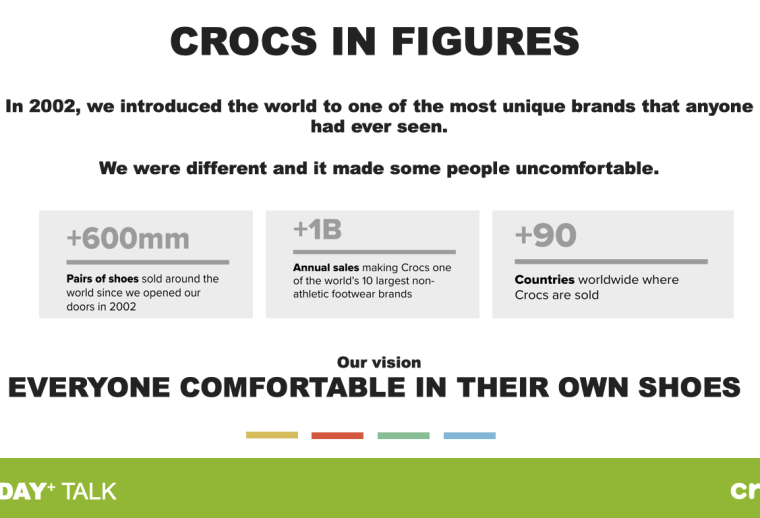 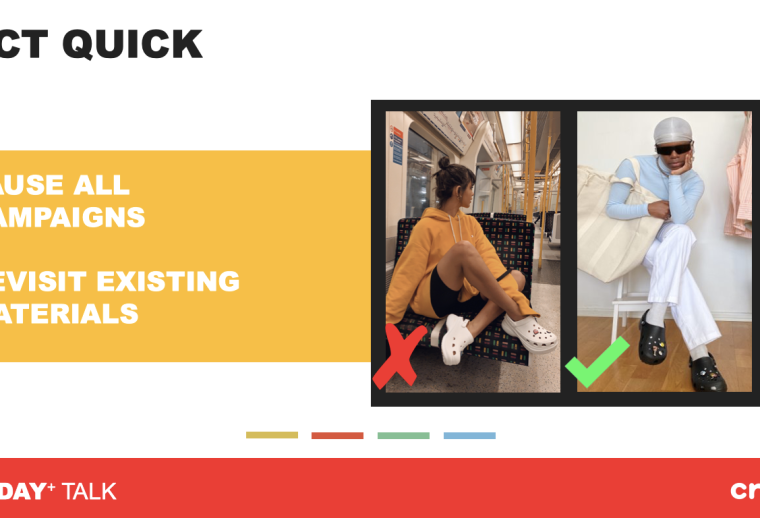 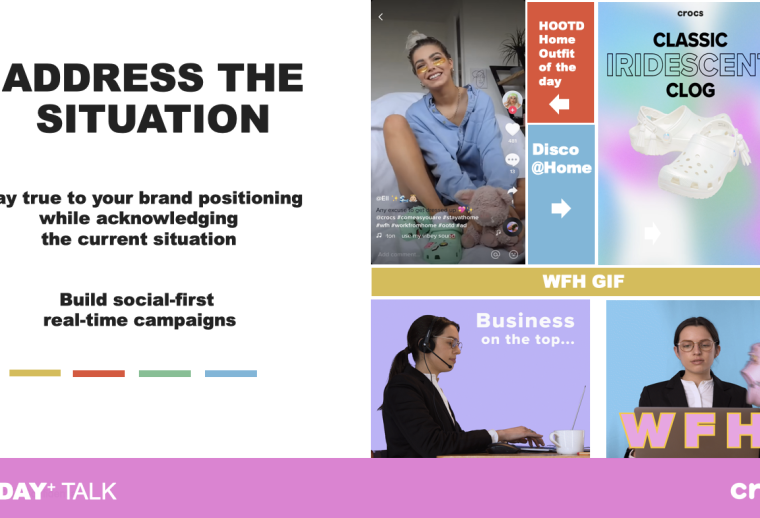 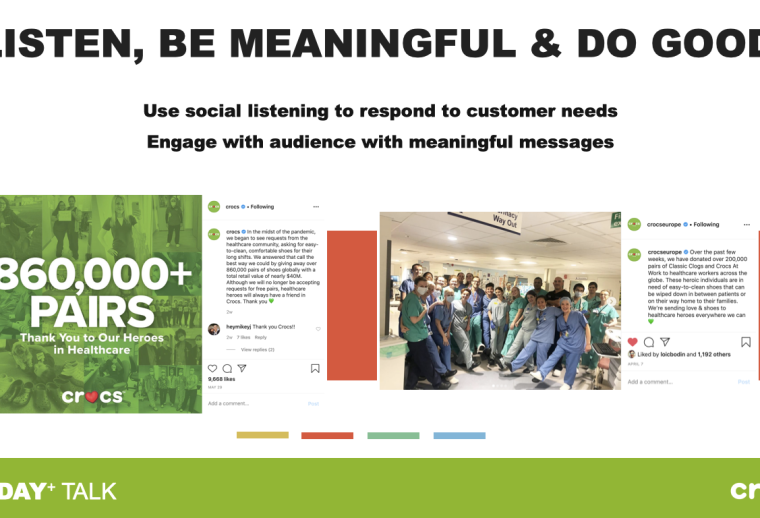 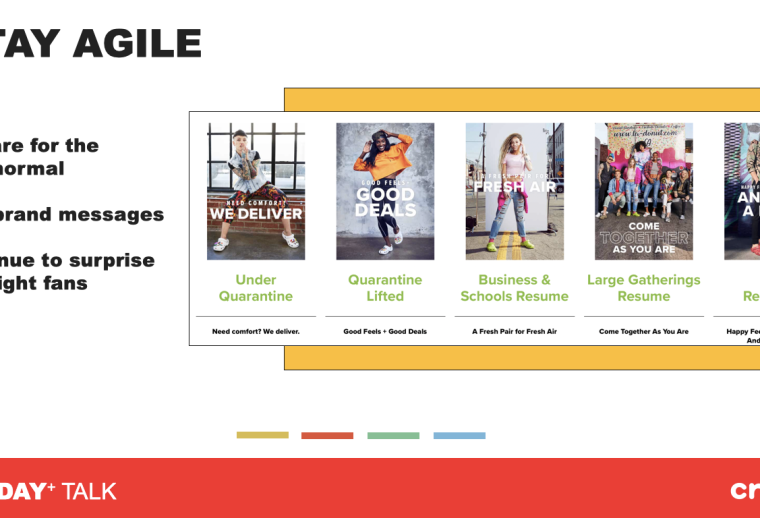 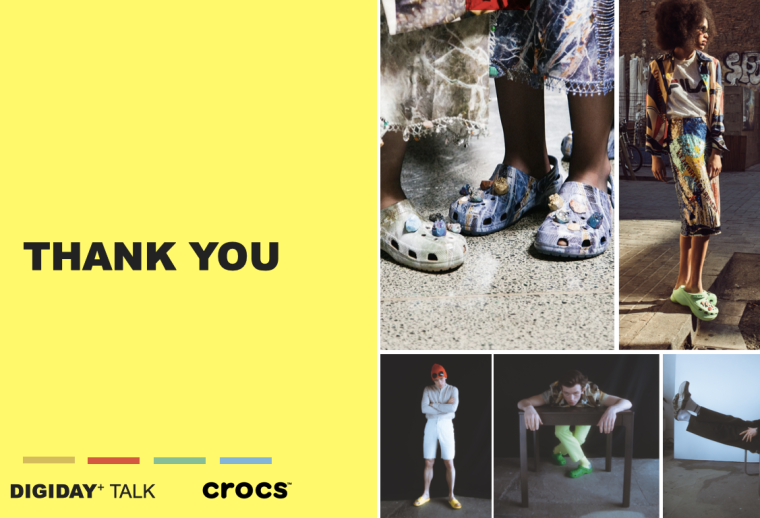