Hims’ Andrew Dudum: A DTC shake out is coming 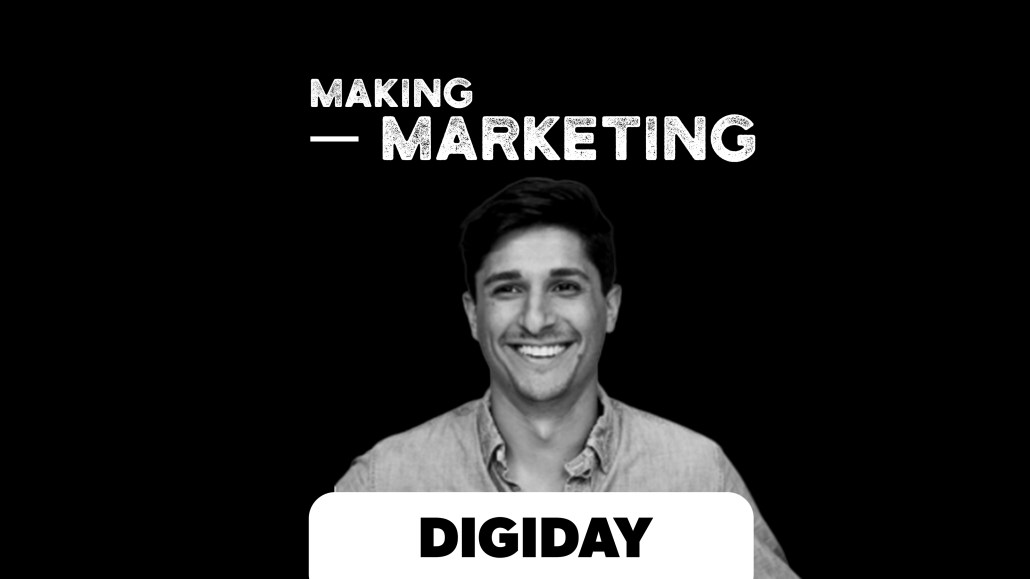 While most people categorize Hims as a direct-to-consumer healthcare brand, Andrew Dudum, the brand’s founder and CEO, has a slightly different definition.

“I think a lot of people bucket us as a direct-to-consumer brand, and that’s because the brand is fun, it’s accessible, it’s beautifully designed, it’s considered in how we talk to people,” says Dudum. “But the reality is that we’re verticalizing a huge chain of things on the healthcare side. It’s everything from getting doctors available to you 24 hours a day, to taking all of the pain and brutal waiting time of sitting in pharmacy saying that you’re picking up your birth control, pulling all of that out of the system and bringing it to you digitally on your phone.”

The company, which is centered around removing the friction from treating common health issues such as erectile disfunction and hair loss, uses a combination of affordable product lines and education in an attempt to get men talking more freely about their health.

It’s also trying to branch out beyond men: Last year, it launched Hers, aimed at women with birth control products and other health needs.

The products, paired with the opportunity to have 24-hour access to physicians, have helped Hims raise about $100 million in funding, and, if the rumors are true, of a new round of funding may just raise the valuation to a whopping $1 billion.

On this week’s episode of Making Marketing, Shareen Pathak sits down with Hims founder and CEO, Andrew Dudum, to discuss using humor as a marketing strategy for touchy topics, the impending DTC bubble burst and making the move into female wellness. Edited highlights below.

Using humor to advertise around sensitive topics
“Our strategy has been fairly consistent, and I think, kind of stayed the course, which has been aimed at doing a few things. First, it’s made people laugh. It’s to make people giggle, and to break the ice around the fact that we’re talking about things that are often exceptionally uncomfortable to deal with. You’ll notice when you go through New York, or LA, or when you’re watching a basketball or baseball game, whatever it may be, you’ll see our ads, and they’re very different. They’re intentionally made to de-stigmatize what we know to be very common issues. These things, historically, have been considered issues that men in their 60’s and 70’s might be dealing with, but the problem with that is in reality, over 40 percent of men 40 and below are dealing with this too. So it’s really important to de-stigmatize and normalize, and that’s what a lot of our advertising intentionally does. It tries to make you laugh, it tries to get your attention and cracks some jokes, but then pushes that aside and says, ‘Let’s take care of the issue.'”

The coming of a DTC shake out
“I think there will be [a shake out]. I think what happened is this massive realization that you could build a company on the backbone of social platforms. For a long time, investors were looking to invest in the platforms, they were looking to find the next Facebook, the next Twitter, the next Instagram, the next Snapchat. In the last three or four years, everyone kind of had this lightbulb moment which was, ‘Actually, what we should be doing is building companies on top of these platforms.’ Then there was a huge rush of capital to every product you could imagine for direct-to-consumer, and it was great. All the sudden the consumer had an outrageous number of choices from really beautiful, considered products that were highly fragmented and highly diversified. I do think now we’re in a phase where those same investors are going to start to ask second, third and fourth-level questions. Sure, it’s a beautiful design, it’s a beautifully considered product, and those are great, but how diverse is it? How easy is it to switch? Are the margins actually good? Is it a good business? Is it a big enough market? Is it a big enough company? I do see these questions starting to be asked, and I think it will accelerate very quickly in the coming years, but it’s a very natural course. I don’t think it’s crazy, I think it’s coming to a really nice balance.”

Moving into the female space
“Very early on, when we were working on Hims, we knew that the opportunity was just as big, if not bigger, for women, and it was even more frustrating for women. It’s waiting in line every single month for birth control, and sometimes insurance takes it, and sometimes it doesn’t. Sometimes the doctor makes you come in, and sometimes they don’t. When you have a UTI, you have to take three or four hours off of work, as opposed to just going to pick up the medicine you need. There’s all of these friction points that women really struggle with, that men actually just don’t have to. We really saw the opportunity to be equal, if not bigger. Plus, it’s the same messaging. It’s, ‘Hey, we respect you, we’re invested in you, we love you, we care about you and for that reason, we’re either going to push you to go take care of yourself, or we’re going to take out all of the friction between you and the stuff you need, and make it way easier.’ On the mens brand, it was more of encouraging the guys to get off their butt, and go seek treatment for stuff they should be seeking treatment for. On the women’s side, it’s a little bit different, because women actually know what they need for the most part, and are way more trained and educated. So it’s less about getting them to go take action, and more about taking all the BS out of the funnel that you have to get through to get what you already know you need.”