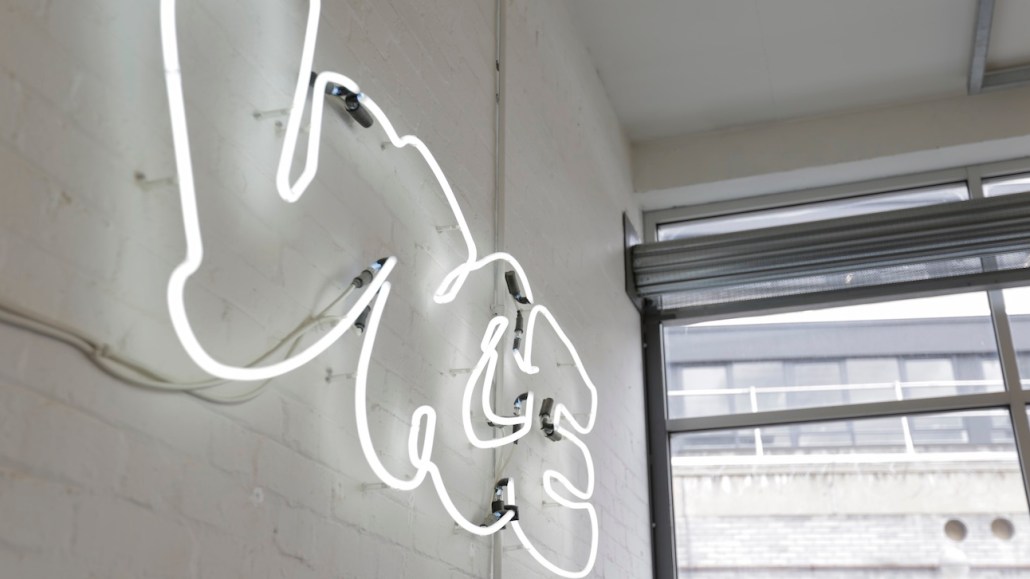 This story has been updated to include comment from Vice Media.

Vice Media is planning to fold its ad agency, Carrot Creative, into its creative agency, Virtue, Digiday has learned. Carrot CEO Mike Germano will also leave the company, less than a month after he was put on a leave of absence while harassment claims against him were being investigated.

The move comes less than a month after Vice Media suspended President Andrew Creighton and Germano, who was chief digital officer as well as the co-founder and CEO of Carrot — following a New York Times story that included allegations of sexual harassment against both of them.

Germano was on a leave of absence while Vice’s human resources team and an outside investigator examined the allegations.

It is unclear how long the merger talks have been occurring, although some sources told Digiday that they had been brewing for a while, even as Vice execs questioned the point of having two separate agency entities under the Vice umbrella.

One current employee said merger talks had been happening since early November. In a statement, Virtue president Ryan Mack said this integration has been planned for about a year now. “In a time when digital should be at the core of all agencies rather than a specialized focus, it’s an exciting and natural next step for us as we round out Virtue’s creative and strategic offerings with Carrot’s social, analytics and tech,” he wrote.

The idea was that there was no point in having two agencies that did the same job inside the company.

The company’s COO and CFO, Sarah Broderick, sent a memo to employees on Jan. 30 that said: “Continuing under Virtue’s name, the integrated agency will bring together complementary offerings under one organization.”

In January 2017, Vice Media announced it was launching Virtue Worldwide, a 450-person business that would combine Virtue and Carrot. Virtue has existed as a branded content arm for Vice for over a decade. The agencies, however, continued to operate separately.

The plan was to have the merger go through in the first quarter. But it was Germano’s suspension, plus moves like former Carrot President Ryan Mack becoming COO at Virtue, that made the merger talks louder, according to employees. “You kind of started feeling the rumblings of it, and things are not very transparent,” said one employee. Carrot shares a floor with Virtue at the Vice office, but it was taking weeks for information to trickle up from Carrot to Virtue to Vice and back down, this person said.

Since the Times story, Virtue has lost clients, according to two employees. Ad Age previously reported that major marketers like Ally Financial are meeting with Vice to discuss concerns.

Vice bought Carrot in December 2013, a move that turned heads because it was unusual at the time for a media company to buy an ad agency. In an interview with Digiday in 2016, Germano said only 25 percent of its business is for Vice — and the culture there is completely different than at Vice itself, which is why it was kept separate (until now) from Virtue. Vice is Williamsburg, while Carrot is Dumbo, said Germano at the time. “They knew who we are and what got us excited,” he said at the time. “They were wise enough not to screw with that. We’re this happy-go-lucky, nerdy group who gets excited about platforms, and Vice is dropping reporters into a crazy country.”

Broderick’s memo appears in full below. 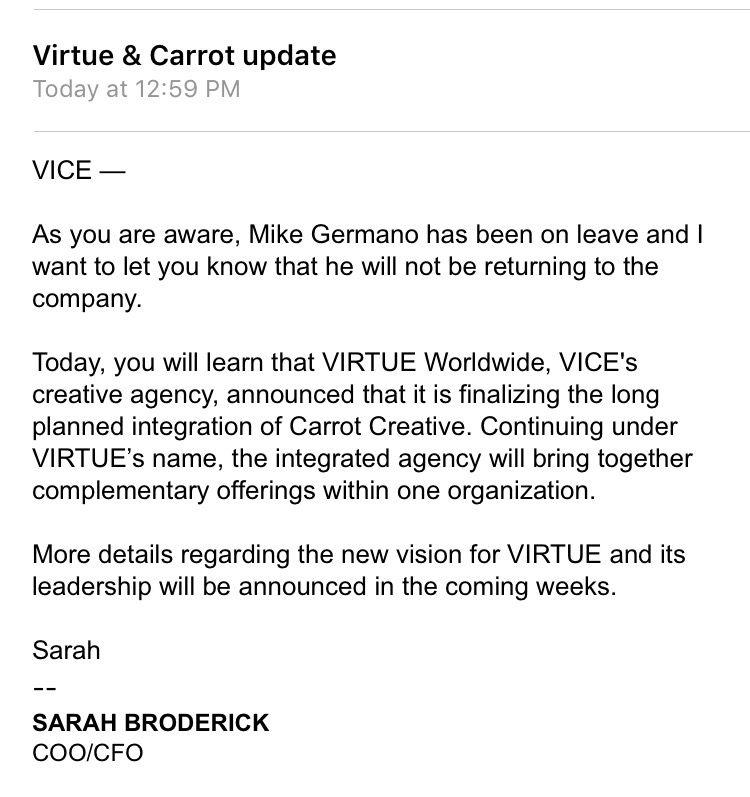 This story was updated to include a statement from Vice and to add that Virtue has existed for over a decade.