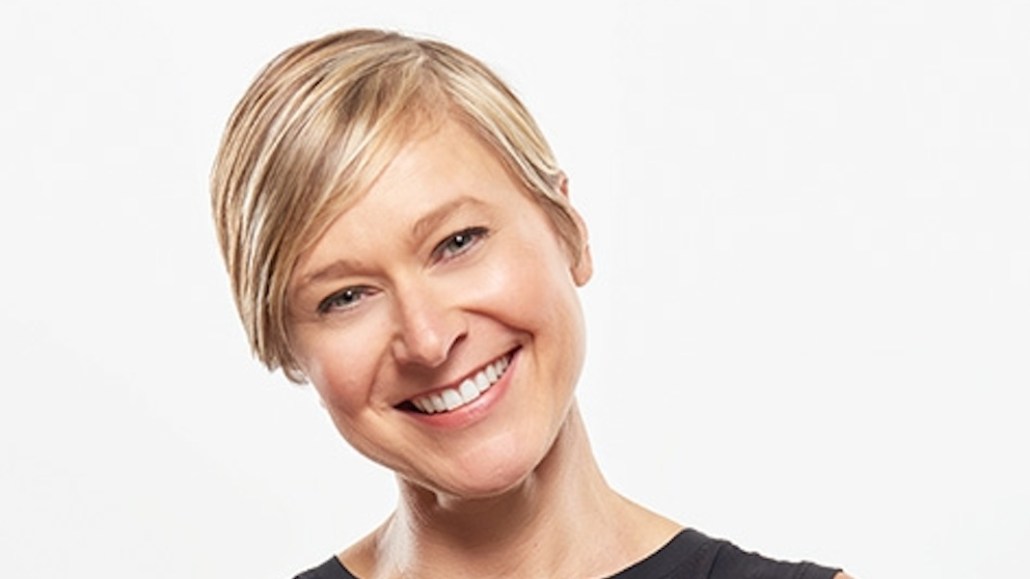 You may know Marianne Malina as Austin shop GSD&M’s President, overseeing clients including Southwest Airlines and Popeye’s as part of her job. But you probably didn’t know that the advertising veteran has held a host of other jobs, including being a waitress in Satorini and an Egyptian TV soap opera extra. Here, she tells us in her own words how she got into the business and shares some of the biggest lessons she has learned along the way.

I was born in Portland, Oregon. My parents were hippies. My biological father was a competitive surfer, my mother was a free-spirited hippie and I was named by an Indonesian guru. My father’s idea of raising a family was very different from my mother’s, so they ended up separating. But I think I have retained his independent, maverick spirit and curiosity.

My mom then met and married her second husband, who I call my dad. He adopted us, raised as his own and changed my life. He ingrained in me the importance of always doing the right thing. He was a master carpenter, and his work ethic was unbelievable. Most of all, he taught me to love what I do. I grew up in a house where nobody really cared what your grades were; they just expected you to give your best. That pushed me to pursue my passions and do things that challenged me in different ways.

I remember being very excited to get this huge box from my dad on my 13th birthday, and when I opened it, inside was a monthly bus pass and the bus schedule for the local bus with a note that said: ‘Welcome to being 13, we’re done driving you anywhere.’ I was horrified then, but it was the best gift in life. It taught me independence and confidence.

I went to the University of Oregon. I started out studying business with a minor in art history. I knew pretty soon that I wasn’t on the right track because it was a very structured and insular environment. I tried out a class in the journalism school. It was far more collaborative. I realized I didn’t want to do anything that involved working by myself. Groups make you better. So I became an advertising major.

I got lucky in terms of my advertising career. I started my career at Portland agency Cole & Weber — if you make a list of the 15 top ECDs in the business today, they all have Cole & Weber in common. It was a creative haven, and it was a moment in time in Portland where we were doing amazing work. I worked for Jack Peterson, Amy Johnson and Rebecca Armstrong, who to this day I look up to as my mentors. They were the ones that made me want to be a part of this business, and that was where I got my creative education.

People don’t take hiatuses in advertising, but I have done it not once, but twice. My best friend and I saved up all our money and took a road trip across the U.S. and then traveled all over the world when I was 24. And then my husband, my son and I did it again in 2010, when we packed up our bags and moved to Amsterdam. I’ve worked on a scuba-diving boat on the Red Sea, waited tables in a pizzeria in Santorini and been an extra in an Egyptian soap opera.

Getting out of your comfort zone and seeing the world really changes your perspective. If you have any curiosity about living in another place, just go and do it, because you’ll learn more by doing it than you will staying in your job. It also allowed me, at a very young age, to become a really good listener. People with successful careers are all good listeners.

I’ve been at GSD&M since 1999, which is a long time. There’s a cliche in advertising where people constantly compare themselves and their agencies to others. But at the end of the day, it’s about you and your clients, and what you’re doing for them. To come into an environment where nobody cared about what everybody else was doing was the most freeing thing I have ever experienced. Taking yourself out of the advertising bubble is inspiring.