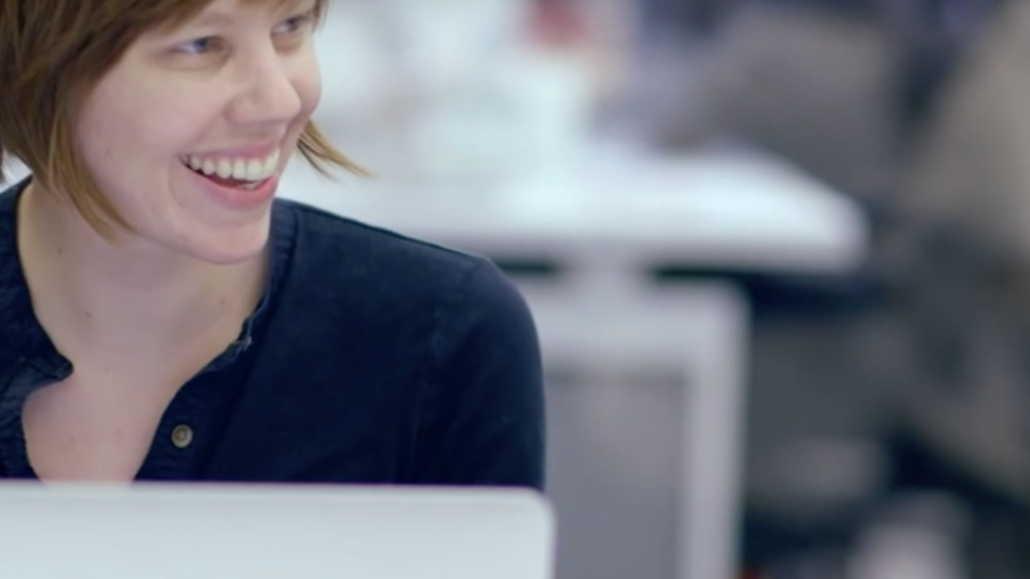 With internship season just around the corner, agencies are stepping up their game in order to attract the best creative, design and strategy interns.

Here’s how five agencies are trying to apply some of their creative muscle to mine talent this internship season:

Space150
After enlisting interns through Snapchat last year, Space150 has designed a custom SMS-based chatbot to find its latest class of summer interns this year. Applicants who are interested can text the word “Intern” to 20-150DEETS (201-503-33870) and will then be prompted to answer a series of questions, including their name and their favorite Instagram account. The chatbot has a pretty solid sense of humor as well and asks “out-there” questions, like, “How would a dog wear pants?” Once they move along, applicants are then given a unique URL where they can apply for specific positions within groups relevant to their interests, including engineering, strategy, creative and media or social. The agency is also using its social channels, specifically Instagram Stories, to promote the program and encourage interns to apply.

“People are always on their phones, and our client work always ends up on the phone,” said Ned Lampert, creative director at Space150. “So for our internship program this year, we’re integrating engineering and social media with mobile in mind. It will show potential interns how we work, the ways we think and give them an opportunity to prove themselves in mediums that matter to our clients.”

Havas
For the last several years, Havas Chicago has drafted its interns through social media, asking them to do everything from rebranding Tuesdays, to taking the job of a Havas executive and promoting a good cause. Its Winternship program is currently underway, and is called “Cold Blooded.”

The agency used Instagram Stories to task candidates across the country with one thing: sell Chicago’s harsh winters. Candidates had six days to decide how they wanted to sell the worst time of year in Chicago and two days to post their Stories, and the application process was also promoted through Havas Chicago’s own social media platforms. The agency is set to launch its next internship draft next week, and while what social media platform it will be using is still under wraps, it will be called “#Leadersofthenewschool.”

“We are a social-first agency. We know that this is how young people communicate, and so that’s how we’re talking to them,” said Jason Peterson, chairman and chief creative officer, Havas Creative, U.S. “We don’t hire people based on a piece of paper. We hire people based on how they think and what they’re creating.”

Huge
Instead of a traditional internship program, Huge finds its interns and future talent through what it calls “Huge Schools.” Now in its seventh semester, Huge Schools are paid, accelerated training programs that teach applicants apprenticeship in UX, technology, content strategy and strategy as well as planning. The program is different in that it does not target only college students but even those looking to switch careers. The chosen candidates are then brought together in Brooklyn to experience 10 weeks of intensive, hands-on training in their chosen discipline. Candidates learn the basics from discipline leaders at Huge and then apply those fundamentals to real-world problems.

Maxus
The GroupM and WPP agency will host an open house on April 20 for interns for the first time; entry-level candidates as well as recent and soon-to-be grads will interact and network with employees across its network of agencies. Maxus will also host informational sessions and panels throughout the day, focusing on the various career paths in media, including media planning, multicultural marketing, research and data and analytics. Each panel will offer insights as to how each of these teams interact within the larger picture of media, career paths within these groups and agencies, as well as the future of these groups with the agency model.

“We wanted to break the barrier of traditional methods of applying and sending your resume into the black hole and hoping for the best,” said Stephen Echeverri, entry-level recruitment lead at Maxus. “Our thought is to get some face-to-face time with our potential interns and employees, and establish growing relationships with future media stars.”

Deutsch
Deutsch runs a program similar to Huge’s, called the “D-Prep” program, which is now in its third year. This paid creative summer residency program runs for eight weeks, and has creatives, technologists and designers assembling in its Los Angeles and New York offices to tackle client briefs, invent new products and rapidly prototype ideas. The agency recruits through all of its social channels including Facebook, Twitter, LinkedIn and Instagram, and is especially focused on Instagram this year. This Instagram video, for example, highlights what it’s like to work at the agency in a fun and over-the-top way.

“There are a ton of amazing makers and doers out there and we’d never attract that kind of talent with an uninspired application process, so we make it fun and hands on,” said Zaid Al-Asady, svp and creative director at Deutsch. “It works best for us when we showcase our vibe and culture as an agency while giving the applicants an opportunity to showcase their unique personalities and skill sets too.”