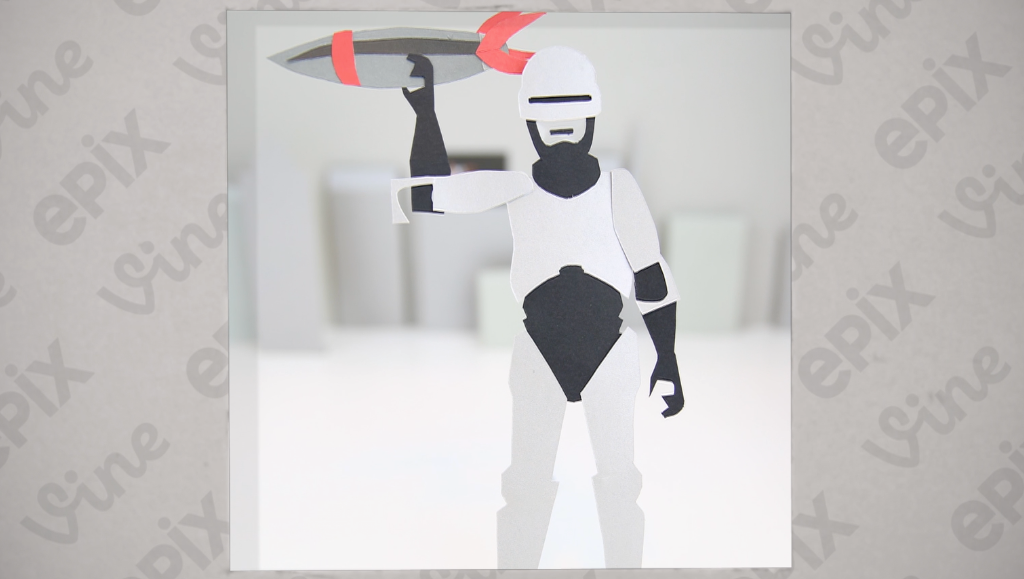 You can finally watch a rendition of “The Hunger Games” that only lasts six seconds.

Pay-TV network Epix, which launched in October 2009 to rival HBO, Showtime and Starz, will celebrate its fifth birthday by embracing a new social platform: Vine. To launch its Vine channel, the company worked with 10 prominent Vine creators to create six-second versions of films in its content catalog, from “Skyfall” and “Robocop” to “The Wolf of Wall Street” and “World War Z.”

The “Avengers” Vine shows the group of Marvel superheroes cast as Lego figures, celebrating five years without the Hulk smashing anything. Then a trident flies into the frame (from the “Anchorman” Vine before it) and ruins the Hulk’s cake. The Hulk gets angry and transforms, Captain America pulls out his shield, Iron Man suits up and Thor hucks his hammer right into the “Skyfall” Vine.

The 10 Vines feed into each other, with a “connective tissue” that tells a broader story about the Epix brand, said Nora Ryan, chief of staff at Epix. Epix edited the Vines together into a 60-second spot that the company plans to air on its television and YouTube channels.

“Think of this as being a suburban development with a bunch of little backyards,” said Jason Bylan, senior creative director at Epix. “We wanted to knock down all the white picket fences and let them play together.”

Epix handles most of its marketing in-house, but for its Vine debut it collaborated with Meagan Cignoli. A Vine and Instagram star, Cignoli heads an eponymous video-production agency that makes “micro videos” for brands like Coca Cola, Mercedes-Benz and HBO.

For the Epix campaign, Cignoli found nine other Viners to turn Epix blockbusters into Vine shorts. While the creators could pick the properties they wanted to use, likenesses, voices and music from the films were all off-limits, so they had to get creative with their representations.

“You really have to get at the heart of it,” said Albert Birney, known on Vine as Simply Sylvio. Birney’s Vine depicts a paper cutout of Leonardo DiCaprio, literally consumed by money, who becomes a wolf howling at the moon. “Even if you haven’t seen ‘The Wolf of Wall Street,’ you can still get it,” he said.

Epix began posting the Vines on its channel Tuesday evening, with the expectation that the artists will share that content with their large social followings. Epix will share the full spot on Facebook, where it has over 200,000 followers, as well as its other social platforms. The key to distribution, however, is the Vine stars. Cignoli, for instance, has 520,000 followers on Vine.

“We wanted to work with influencers that already had their own fan bases and communities to reach out to,” said Liz Dennebaum, social media director at Epix.

One of the major differentiators for Epix, a joint venture of Viacom, Lionsgate and Metro-Goldwyn-Mayer, has been its early and consistent support for online video platforms. At launch, Epix enabled subscribers to stream its content catalog on its website and, over the next few years, became the first premium channel to arrive on Roku, Xbox and PlayStation devices. That broad distribution mentality has influenced the company’s marketing efforts, said Epix’s Bylan.

“It’s the perfect time to rekindle our commitment to working with new and emergent media,” he said. “The Vine community is very film- and TV-savvy, and that’s what we want Epix to be.”