How Duracell’s digital priorities have shifted 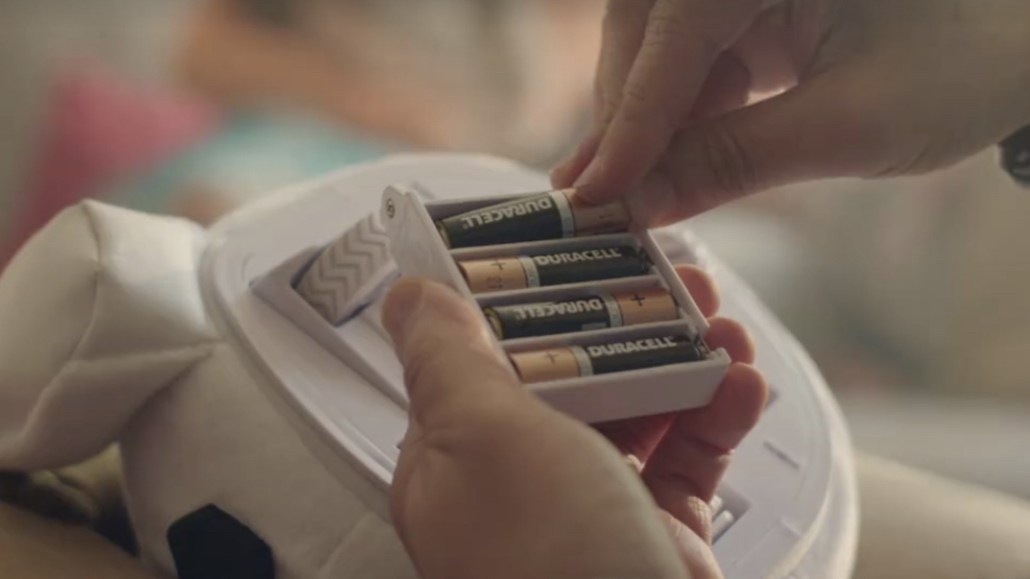 This month marks the one-year anniversary of Duracell’s departure from the P&G stable, as part of the global conglomerate’s drive to slim down its categories and cut costs in the process. Now under Berkshire Hathaway, Duracell’s priorities have shifted, according to international CMO Tatiana-Vivienne Jouanneau.

After all, Duracell, which represented 2 percent of revenue for P&G, benefited from the learnings and scale in P&G’s remaining 98 percent. Now, Jouanneau must make the brand an independent business that can stand on its own.

“It’s like being a surgeon,” she explained. “You’re taking the heart out of a body and moving it to a body that’s a different size and nature, but you can’t let it stop beating.”

Of course, there’s a wealth of tactics that don’t cover digital media, but that’s our bread and butter. So here’s what has changed:

E-commerce is the biggest priority
During her time at P&G, Jouanneau said Duracell was the No. 1 product the CPG giant sold via the web, “but the degree to which we focused on it was not exploited to the fullest.”

Now, one-third of the brand’s new growth aims to come from e-commerce. While Duracell has longstanding partnerships with Tesco and manufacturers like Logitech and Disney, 2016 saw it add Amazon to that list.

Jouanneau also redesigned Duracell’s website into a media-rich platform that’s focused on the experiences — camping and family time for example — that batteries can enable. The steps to purchasing via partners like Tesco and Argos have also been reduced.

With content, less is more
Previously, the brand had a regular output of content on its various social channels.

However, the brand has been focusing on producing higher-quality content at specific moments in time. For example, its 60-second Christmas video “It’s what’s inside that counts,” which was also followed by shorter videos that were adapted to each of its markets. (For example, Disney’s Olaf character is less well-known in Africa, so the brand chose to use a car toy instead.)

“Despite the fact it was one minute long, which is a lot, we had 70 percent of consumers watching the video till the end,” Jouanneau said.

It’s exploring emerging technologies
When Jouanneau was working at P&G, she was always advised to spend 5-10 percent of her budget in digital to future-proof the brand. “I always wondered why,” she said. But now, there’s not a quota, just technologies that happen to fit with her goals.

One of those goals is making the product itself inspiring. In collaboration with its agency, Grey London, the brand is exploring virtual reality storytelling, KPIs be damned.

“For me, it’s the most disruptive innovation in entertainment since TV,” said Jouanneau. “We’re now in the process of creation.” The project is looking to bring the inner workings of its batteries to life in a way that can connect with consumers. The first instance will roll out on Google Cardboard, but the brand is looking to take the experience to online platforms too.

Rethinking the digital media mix
Jouanneau follows the principles of zero-based budgeting, which means that nothing is sacred when it comes to the media mix. “It’s about letting legacies and past successes go,” she said.

For this reason, the priority for Duracell is finding and retaining talent that aren’t necessarily experts but a range of fast learners who are flexible.

Globally, the media mix will look very different. Jouanneau has combined her 81 markets into groups and worked with consumers on the ground to see what works and what doesn’t. “For example, if you’re shooting video vertically, there’s not much point spending money on props or background details,” she said.

And while the strategy for its 81 markets now comes before the creative, one constant — outside North America, at least — is the Duracell Bunny. “He is a part of pop culture in the U.K., an unstoppable power,” she said.