20 things people at SXSW were grumpy about 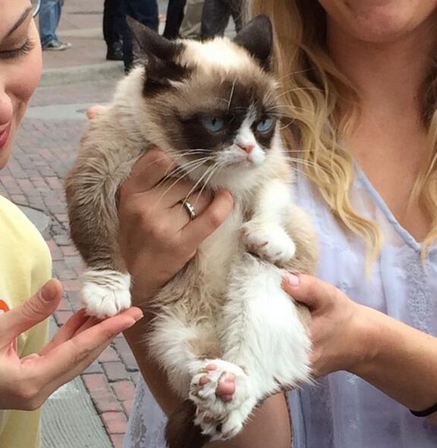 Digiday’s coverage of SXSW, which runs March 7-11 in Austin, Texas, is sponsored by Dstillery, the pioneer in audience targeting for brands.

South by Southwest is, on its face, a pretty nice event to attend. There are great speakers, free food and drink wherever you turn, great bands and interesting people. You’d think attendees would thank their creator for putting them in a position where it’s possible for them to do something like this — and, more often than not, have their employers foot the bill. You’d be wrong. The unofficial sport of SXSW is complaining about SXSW. Here’s what the people of SXSW complain about:

Hotel WIFI is officially worse than cell service at #SXSW. Hilton: 7Mbps down. AT&T: 13Mbps down. Cell is much improved since 2008.

Ad agencies and their clients

When ad agencies and brand managers take over your film festival, you can officially say SXSW is dead.

The dearth of real nerds

The biggest complaint of #SXSW: It’s too many PR, advertisers and marketers and not real technologists. You know, people who build shit. — Geoffrey Colon (@djgeoffe) March 10, 2013

The presence of hip people and hip things

Oh my god I can’t even take anymore hipness.

All the brands here

Also, I hope everyone at #sxsw is thoroughly engaging with some great brands. #BrandsMakeAmericaStrong — Anton (@anton612) March 9, 2014

No cabs anywhere = I walked 50 minutes to get to convention center #sxsw — Kelsey Harris (@kelsrenhar) March 9, 2014

I’m on the #sxsw diet … lines are too long for me to bother getting food! Haven’t even had my coffee yet #needcoffee — EricaDuignanMinnihan (@ericaminnihan) March 9, 2014

I’ve seen so many sad, patchy beards in Austin, it’s like puberty quit before finishing the job. #SXSW

Tech-savvy people don’t have much tolerance for the inaccurate gps or clunky e-commerce of the #sxsw hotel shuttle bus. — Colleen Newvine (@cnewvine) March 9, 2014

Waiting in line for sessions

#sxsw so far: line to get speaker badge longer than attendee line, first session I went to see was closed/full. At least it’s warm out. — Rick Mason (@Egnaro) March 7, 2014

Having to wait for a taxi at the airport

The taxi line at the airport is ridiculous. No Uber’s available either. The next few days will be fun. #SXSW pic.twitter.com/hxvo6iXEjj — Daniel Brusilovsky (@danielbru) March 7, 2014

I don’t understand why people start leaving sessions when the Q&A starts at #sxsw. We got 20 people outside who wish they were in here.