Cameras on or off?: Managers debate virtual meetings etiquette 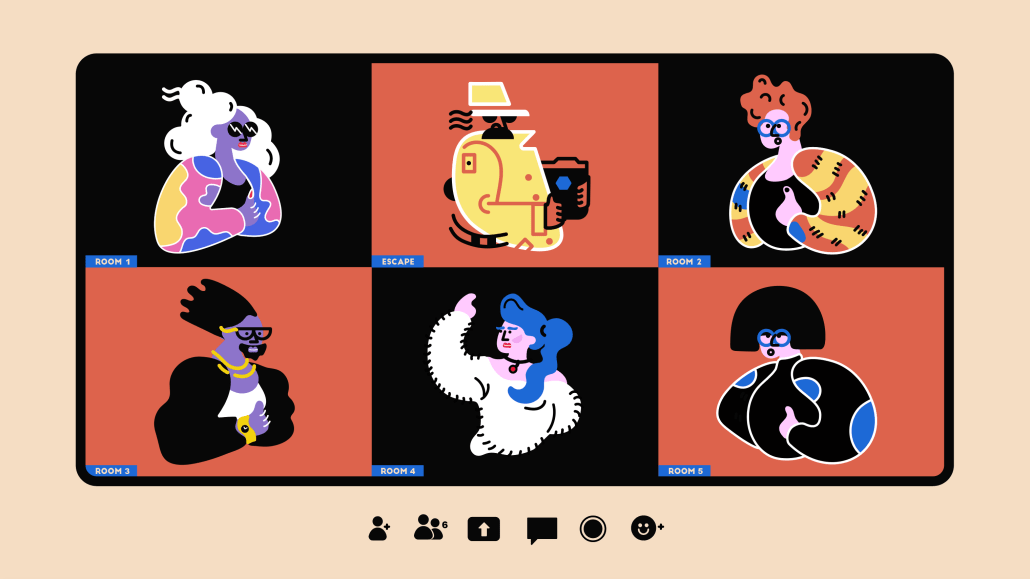 You wouldn’t sit in an office meeting with a paper bag over your head, so why would you not have your camera on during a Zoom or Teams call?

Ok, so it’s not exactly the same, but there is a debate over whether employees should be seen in corporate get-togethers.

What is the correct meeting etiquette in the remote world of work? Do people think less of you if they cannot see your eyes or body language? Or should we accept that with Zoom fatigue setting in it is a relief not to always make a physical appearance?

Lou Banks is a workplace psychologist and founder of culture consultants Rising Vibe. She believes you cannot truly connect in a meeting without your camera on.

“As humans we are hard-wired to connect, and any form of disconnect puts us in social pain,” she said. “Turning a camera off is a clear indicator of disconnect and often comes with a fear of not being able to see if people are interested and engaged with what they are seeing and hearing.”

She added that another form of social pain is a fear of judgement.

“Some people have such a strong fear of judgement they would prefer to join a meeting off camera,” said Banks. “But a camera-off culture is enabling behaviors we would have never previously accepted in a meeting. These include checking emails and mobile phones, grabbing a snack, and total disengagement.”

One company that strongly encourages the use of cameras is software business SAP. Its German-based head of EMEA marketing transformation office, Malin Lidén, said managers must set an example and have their own camera on.

“This is how you motivate people to switch on their camera,” she said. “We need to explain the benefits of adding this visual element to the conversation.”

SAP leaders build trust by stopping people from apologizing if their dog or child appears in the picture. “This shows everyone that they will not be judged if such things happen,” said Lidén.

She added that trust is also built if employees can see a less than perfect picture of managers.

“A lot of executives have a very staged and polished background with fresh flowers behind their desk in the Zoom window and are carefully groomed themselves,” she said. “That might be fine for a customer meeting but it can be intimidating for employees who did not manage to get their hair done perfectly in the morning or have an untidy room.”

There are other reasons for having cameras on in meetings apart from motivating everyone to get dressed.

Maddy Thomas is senior vp of people at digital consumer intelligence company Brandwatch based in Boston. She believes that with a global workforce and English not being everyone’s first language, body language and visual cues are important.

That said, there are exceptions. “There are scenarios where video can be a distraction, such as when people are working closely together in a workshop setting,” she said.

Among some agencies there is a conscious effort to avoid a camera-on culture.

“Some colleagues might not have a nice study because they share their house with others who are also working at home,” she said. “We have introduced a number of initiatives to tackle ‘Zoom Doom’, including saying no Zoom calls on a Friday.”

Searle encourages colleagues to adopt alternatives. She regularly invites clients to join her on a walk and talk where a conversation takes place on a mobile phone so both can take a break from their screens.

“People have forgotten the mobile phone in all of this,” she said. “I’ve actually had a client call while sitting on my horse. I’ll say to him beforehand, I’m happy to call your phone, but I’m going to be up the yard. It’s just about being human and being aware that people are juggling a lot of things at the moment.”

Other agencies are applying different rules regarding cameras.

“Initially it was nice to see everyone’s faces but we realized that working remotely and dealing with the stress of Covid-19 was hard enough,” she said. “We have also read about the over-stimulation of our brains being on camera all the time, so anything we can do to take the pressure off, we should.”

She added: “It’s up to the meeting host and facilitator to make sure everyone is included in a video meeting — regardless of whether they have their cameras on or off.”