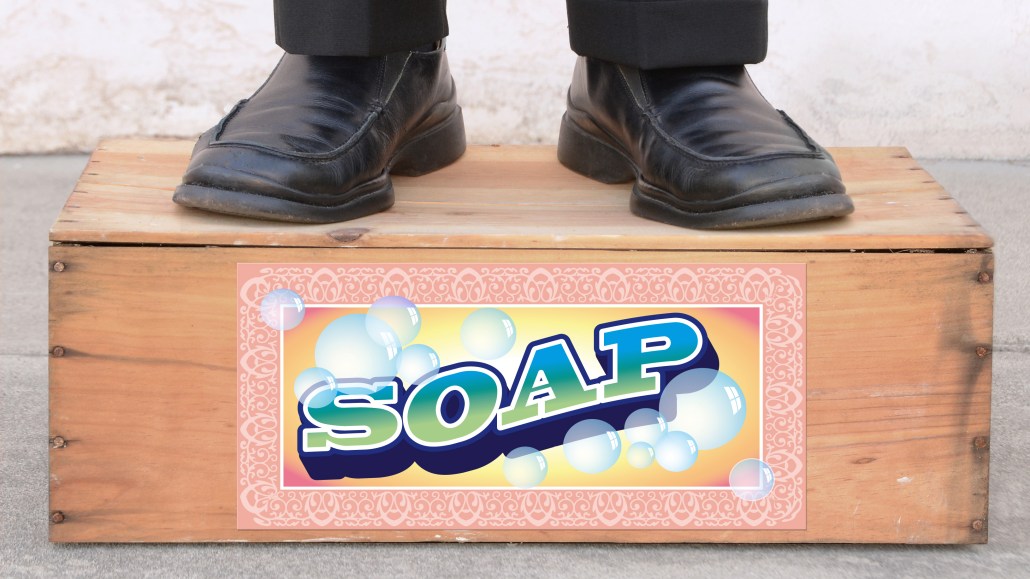 In 1992, Michael Jordan declined to back civil rights leader Harvey Gantt in a Senate race against incumbent Republican Sen. Jesse Helms, a man who was by all accounts an unabashed racist. Helms opposed having Martin Luther King Jr.’s birthday become a national holiday and reportedly antagonized a black Congress member by whistling “Dixie.”

That Jordan — the world’s most prominent athlete at the time and the man who epitomized “personal brand” long before it was a widely used term — believed fighting Helms would hurt Air Jordan sales speaks to the lengths high-profile figures will go to distance themselves from controversy. Conventional wisdom states that it’s far better to avoid such matters altogether, regardless of how seemingly “correct” one side of the issue may be.

But that conventional wisdom is eroding. Brands are finding they have more flexibility to make political statements than before and are taking advantage. Not only are consumers more comfortable with brands asserting themselves politically, they now expect brands to do just that, according to a September study from public relations consultancy Global Strategy Group (GSG).

Case in point: Tim Cook, the famously private Apple CEO, came out as gay on Thursday in an essay in Bloomberg Businessweek, making him the first publicly gay Fortune 500 CEO in history. Cook even pegged the announcement to Apple’s corporate values, making a political statement for the company, and not merely a personal one.

The company I am so fortunate to lead has long advocated for human rights and equality for all. We’ve taken a strong stand in support of a workplace equality bill before Congress, just as we stood for marriage equality in our home state of California. And we spoke up in Arizona when that state’s legislature passed a discriminatory bill targeting the gay community. We’ll continue to fight for our values, and I believe that any CEO of this incredible company, regardless of race, gender, or sexual orientation, would do the same. And I will personally continue to advocate for equality for all people until my toes point up.

The announcement was not necessarily a surprise to those who follow Apple or the tech industry — it was widely believed that Cook was gay — but it is no less momentous. And that Cook and Apple — the world’s most valuable brand, according to agency Interbrand — decided the timing was finally right to so publicly acknowledge his orientation reflects the nation’s rapidly shifting attitude toward gay rights and  consumers’ growing acceptance of brands taking political stances of all kinds.

A slight majority of Americans (52 percent) support same-sex marriage, per Pew. And a slightly larger majority (56 percent) now believe that brands should “stand up for what they believe politically, regardless of whether or not it is controversial,” up 12 percentage points from the previous year, the GSG study found.

“There’s clearly something significant that’s happened in the last year,” GSG evp Tanya Meck told Digiday. Why consumers are more comfortable with politicized brands, she couldn’t exactly say. But the change is startling nonetheless, she said, and its effects show in brands’ work.

Honey Maid grabbed headlines earlier this year by featuring a same-sex couple in one of its ads. Cheerios did the same this fall. Chevrolet featured same-sex couples in commercials that ran during Winter Olympics this February, as did Hotwire this summer with its “Lucky Me” spot.

“These ads are not just speaking to gay people. They’re speaking to straight people, too,” author and gay rights advocate Dan Savage told Digiday. “You can tell a lot about a company that elects to be pro-gay. It’s the sign of a socially responsible, socially progressive corporation.”

Not all brands are willing to voice their opinions when faced with controversy, however. Many brands recently capitulated to GamerGate demands that they stop advertising with certain gaming sites, for instance. Microsoft and Sony, the two largest gaming console makers, echoed denouncements of GamerGate’s misogynistic aspects but did not condemn the movement altogether.

“It’s still a calculated risk. There are people who won’t agree with you, even though favorability [for the issue] is increasing,” Meck said.

Indeed, Cook came out despite same-sex marriage being supported by just a slim majority of Americans.

Surely, there are anti-gay bigots who buy smartphones, too. But for Apple, Cook and a growing horde of others, upsetting them was a risk worth taking.