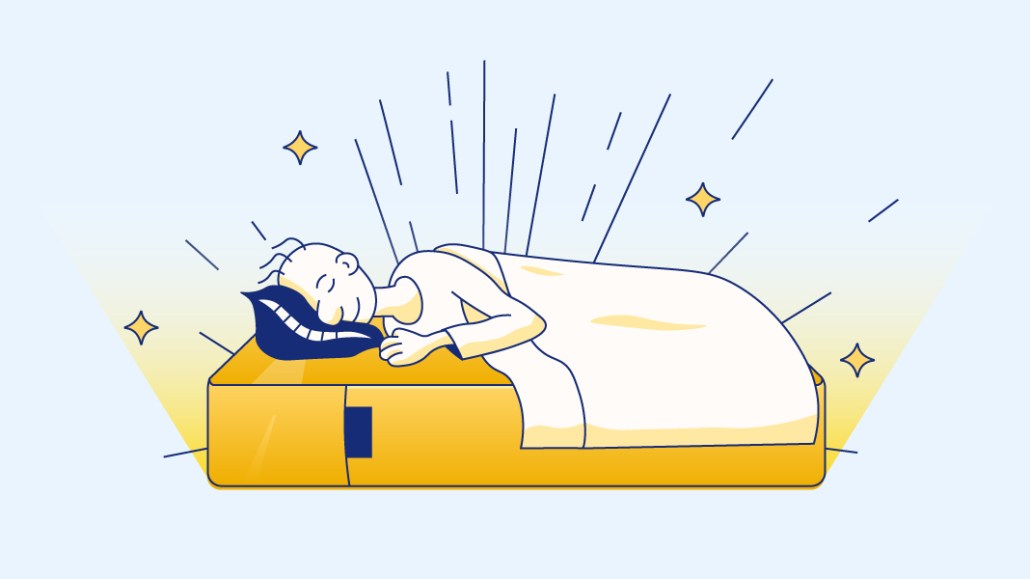 Where five-year-old mattress brand Casper ends up won’t just affect the future of the company, it will send signals about the health of the digitally native vertical brand or direct-to-consumer industry as well.

The company, which recently attained unicorn status thanks to a fresh round of Series D funding led by existing investors Target, NEA, IVP and Norwest, is reportedly out shopping for underwriters to explore a potential initial public offering. Going public, and the pricing Casper attracts, will go a long ways to giving an early verdict on the long-term value being created by the crop of direct-to-consumer brands.

“For the past six months, no matter who I talk to, the common refrain in the industry has been that this is some kind of make-or-break year,” said one DTC brand founder. “A lot of that has to do with Casper. If Casper makes it, we’ll all breathe a sigh of relief.”

“In short, it will all signal a whole lot. Whether Casper IPOs, is successful at it, or bombs, or even exits,” said another.

Why is Casper special? For one, the current wave and explosion of DTC brands is recent enough that there simply aren’t enough companies that have been around long enough and have kept growing. So it’s an age factor.

Barring Dollar Shave Club, there hasn’t been a major acquisition in the space in the past few years. As Kevin Lavelle, founder and CEO of menswear brand Mizzen + Main said, “Its a meaningful data point in an industry where there aren’t a lot of data points.” Many venture capitalists have stoked this idea, saying that 2019 is the year a high-profile exit or IPO will happen. (The other big contender for this is Warby Parker.)

Thirdly, Casper embodies what you could call the 1.0 model of the DNVB industry, which saw the playbook of launching a brand online, selling primarily through e-commerce, then going fast, and quick into a physical retail expansion. (While this isn’t a popular, or even a very clean-cut theory, the 2.0 model, embodied by Glossier or Away, is more socially native, where Instagram figures big, and relies much more heavily on a community aspect.)

“Casper really is a bellwether for the 1.0 model, which lots of brands are launching with even today,” said another DTC brand founder.

“Look, I have a Casper mattress. And I think they can be a success story,” said Lavelle. “In fact it’s better for all of us if they are.” But the issue is that if the IPO doesn’t go well, or simply doesn’t happen, and if Casper does not exit, Lavelle, like other founders, worries that people will unfairly anchor onto that.

“There will be an effect on other DNVBs because it will change investor sentiment,” said Lavelle. “Some investors aren;’t that savvy. But a lot of them are. Somewhere subconsciously it’ll be in the back of their mind. The idea will be, if Casper couldn’t do it, why will this company?”

It’s not exactly fair to call Casper the canary in the coal mine. It’s even simplistic: One brand cannot determine the trajectory of an industry, let alone the complicated one that is the “born-online” consumer brands industry, which runs the gamut from everything from product to category to marketing prowess to strategy to longevity. “But, people will run with the signal they see,” said a fourth brand founder.

“They’re one of the best in the business,” said a fifth founder of a company which also plays in the “sleep” space.. “We’re very different from them, though. We’re younger, smaller. But we still look at them as the ‘what could be’.”

“Net-net I believe this is less of a strategic move and more the only move that Casper has left given how much money they’ve raised,” said the first founder. It’s true that it’s increasingly tough for Casper to find a buyer the more expensive they get — although it’s not out of the question — so for many, even that is turning into some kind of cautionary tale to exit before you get too big to do so.

Casper is also still predominantly a mattress company although it likes to tout itself as being about all things sleep. The company’s next move is to own the bedroom, creating everything from sheets to night lights, a far cry from when it launched. But those haven’t really taken off, and other entrants in the “home goods” space like Brooklinen and Parachute have a head start. Successful IPOs in consumer goods almost always demand a breadth of product to minimize risk; Casper does not at least for now have that.

The other area Casper’s fortunes will affect is how DTC brands think of physical retail, said Huge’s global head of retail, Robin Copland. Casper, like other formerly online-only brands, made a big push into stores — with relationships with Costco and Target. E-commerce still represents the majority of its revenue, say sources, but it’s still a favored playbook. Copland said that if Casper’s IPO doesn’t do well, or there isn’t a successful exit, that will also come into question. “One of the biggest Cap-X expenses is in physical retail,” said Copland. “It’s upping the game for the industry in general. Where does that play out?”

Notable competitors in the mattress category have mostly found some kind of detente: Tuft & Needle recently partnered with Amazon to design an exclusive mattress. Purple is now public after it was acquired by a shell company in 2017 (a reverse Casper, in a way.) Allswell is owned by Walmart.

“There are a couple of very simple criteria that influences the perspective of a VC. To us, it starts with a disruptive consumer value proposition. Are they offering something different? The second is defensibility, do they have an unfair advantage in offering a solution or project that will allow them to be the only game in town?” Scott Friend, principal at Bain Capital Ventures, told Digiday in December. “The counterexample of that is Casper. They’re a great mattress brand but there are lots of them now, and that makes their job incredibly hard.”