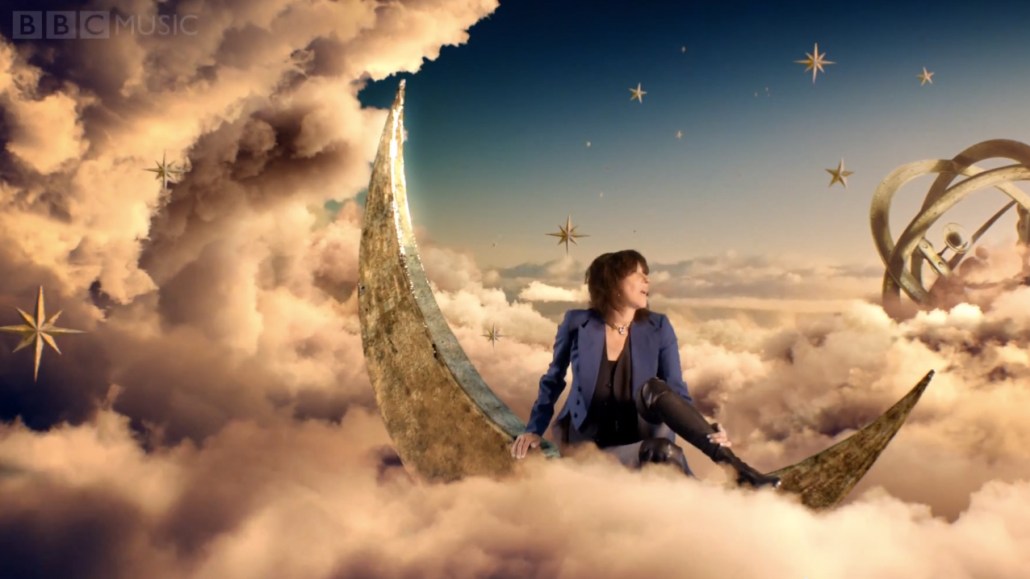 BBC Music’s latest rebranding effort has certainly caught people’s attention: 27 pop stars make for an eye catching remake of a Beach Boys classic. In doing so, it’s hoping to reassert its dominance as a force in British music culture.

In a glitzy, nearly 3-minute star-studded clip, the likes of Pharrell Williams, One Direction, Stevie Wonder, Dave Grohl and Sir Elton John team up to perform The Beach Boys’ “God Only Knows,” all backed by the BBC Orchestra. But its the combination of music, choreography and slick CGI which makes this “We Are The World”-style orchestration stand out.

It’s part of what the BBC says is a renewed commitment to music programming. The video is meant as a “a celebration of all the talent, diversity and musical passion found every single day throughout the BBC,” according to Bob Shennan, director of BBC Music. The BBC has created a charity single of the song to raise money for its BBC Children in Need campaign.

As such, it’s also a nod to the fact that the BBC is looking to win over public opinion to justify its licensing fee. In response, BBC has recently rolled out a bunch of new programs. Its new streaming video site and integrations with Spotify, YouTube and others give it a modern edge, too.

The BBC has run a similar branding effort in the past. Its remake of Lou Reed’s “Perfect Day” in 1997 featured an all star cast and went on to be one of the most successful charity singles the U.K. has ever seen. Its latest attempt could either interpreted as an appeal for public support or as self-congratulatory and shlocky, but it’s certainly noteworthy.