Arby’s Gets Nostalgic with its New Promotion 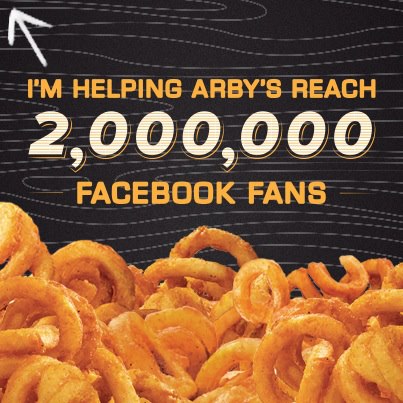 These days nostalgia and vintage are especially cool. Perhaps it has something to do with Gen Y’s appropriation of aesthetics and culture from decades before their own. Brands are getting into looking back too. That’s what Arby’s is banking on the nostalgia factor for its latest Facebook campaign, “Fan of the Week.”

In honor of reaching 2 million Facebook fans, Arby’s has launched a Facebook fan appreciation campaign called “Fan of the Week.” For the campaign, people can upload pictures of themselves eating at Arby’s locations to the Facebook app to be randomly selected in weekly drawings to be the “fan of the week.”  Each week’s winner gets a $25 Arby’s gift card, and his or her photo will be posted that week on Arby’s Facebook page.

To kick off the whole “Fan of the Week” promotion, Arby’s took a look back into its archives to find its original 2-millionth customer, and they found her.

In 1970 Donell Norblom was designated the 2-millionth customer when she walked into her local Arby’s in Denver, Colo. Arby’s tracked her down and met her at the Arby’s she had walked into so many years ago and created this video of her talking about that day she won Arby’s roast beef sandwiches for her whole family and got her picture in the paper. The video also shows her liking Arby’s on Facebook and becoming the 2-millionth Arby’s Facebook fan.

It’s definitely a cute gesture and a way to tie in the past of the brand with the present. Also as part of the campaign, Arby’s will reward a $25 Arby’s gift certificate to anyone who can prove that they were friends with Norblom during 1970, by uploading photos of themselves with Norbloom taken during that year to the Arby’s Facebook page.