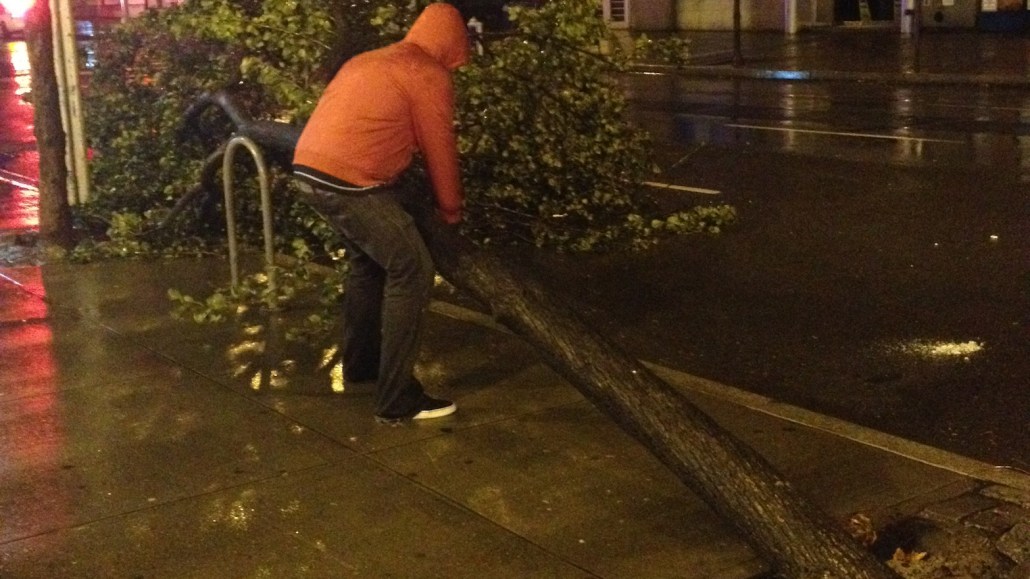 Digital agencies in and around New York are helping get the region back on its feet following the devastation caused by Hurricane Sandy last week. Some are donating money, some are collecting food and provisions, and others have built online tools to help speed the recovery.

Big Spaceship built RecoverFeed.com, which is documenting the recovery efforts around the country by pulling in images from Instagram tagged #Sandy. The site also prompts visitors to either donate money or volunteer their help. “The goal of documenting the storm, its impact and the region’s recovery is to help inspire donation and service, and to show the positive impact responders, volunteers and those who give are having as regional communities recover and rebuild,” the company said.

Boutique digital design firm Illuminati Creative has launched GetHomeSafeNYC.com, which is designed to allow residents to share the status of utilities such as power, heat and water in their neighborhoods and buildings.

Many agencies have instead decided to offer financial aid. R/GA donated to charities In God’s Love We Deliver and City Harvest, the company said. Razorfish, meanwhile, is matching any charitable donations its employees make dollar-for-dollar and has given each of them a paid day off to volunteer their time, too. JWT is planning to host an event at the bar in its midtown offices later this week to benefit Sandy relief.

Others have chosen to more directly involve themselves in the efforts. Huge, for example, is collecting donations at its Dumbo offices this week and plans to take food, water, toiletries, blankets and other supplies to drop-off locations around the city.

Some agency staffers have also launched efforts of their own. One Razorfish employee helped collate an Amazon wedding registry listing items that are in short supply at the “Occupy Sandy” relief outpost at a church in Brooklyn’s Clinton Hill neighborhood. The agency itself wasn’t involved in that initiative but is now helping promote it. MRY account supervisor Carla Blumenthal helped launch EatDownTipUp.com, which hopes to aid downtown business owners that lost power for nearly a week by encouraging people to eat there and to tip double to help them get back on their feet.

Many agencies themselves were hit hard by the aftermath of the hurricane. Many were left without power for the majority of last week, and their staffers were forced to hole up in temporary offices, coffee shops, bars and each others’ apartments to keep business ticking over.