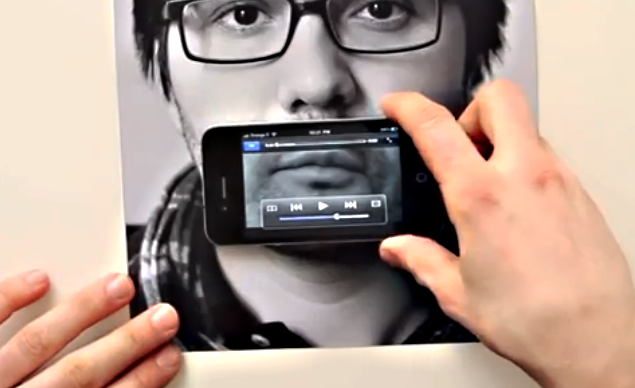 1. The Google Search Resume
Alec Brownstein is well aware of creative directors’ tendency to Google their own names, so when the copywriter was looking for a new gig in 2010, he figured one way to get their attention would be to buy up ads for himself against those search terms. “Googling yourself is a lot of fun. Hiring me is fun, too!” the messaging read. Sure enough, he landed interviews with major names in the ad business, including David Droga and Ian Reichental, and ended up working at Y&R New York.

2. The Parent Pitch
Copywriter Maximilian Hoch and art director Manuel Urbanke decided to let their parents do the talking with their portfolio site MySonDoesAdvertising.com. As well as resumes and statements about their sons, the parents even weigh in with their thoughts on their previous work.

3. The Smartphone Mouth
French art director Victor Petit was looking for an internship when he created this mobile experience pitching his wares. The idea was simple: Prospective employers scanned a QR code, and their phones took on the mouth of the candidate, through which he introduced himself. “I realized during my previous job search that getting an interview at a communication agency is the hardest part of the process. I tried to create a CV (resume) that would enable me to express myself vocally as soon as they read the paper version,” Petit told Mashable.

4. The Video Resume
When pitching his services to social media agency We Are Social, Graeme Anthony decided to do so in the form of an interactive YouTube video. The agency said it was one of the most creative resumes it’d seen but unfortunately didn’t have a vacancy for him at the time.

5. The Amazon product listing
Philippe Dubost decided the best way to get his name out there would be to create a mockup of an Amazon product listing, pitching himself as the product. The result is impressive and remarkably similar to the real thing. This one isn’t an agency application, per se, but Dubost has spent his career working in and around advertising and digital media as a Web product manager. That said, most agencies would be impressed by this creation anyway.

6. The Reverse Resume
Again, this one isn’t exactly an agency application, but it did lead to a job at a digital startup. Bored of bombarding companies with phone calls and resumes when he was looking for a programming job, Andrew Horner decided to flip the situation on its head and let potential employers apply for the opportunity to retain his services instead. The result was the reverse resume, complete with an application form for interested parties to sell themselves to him.