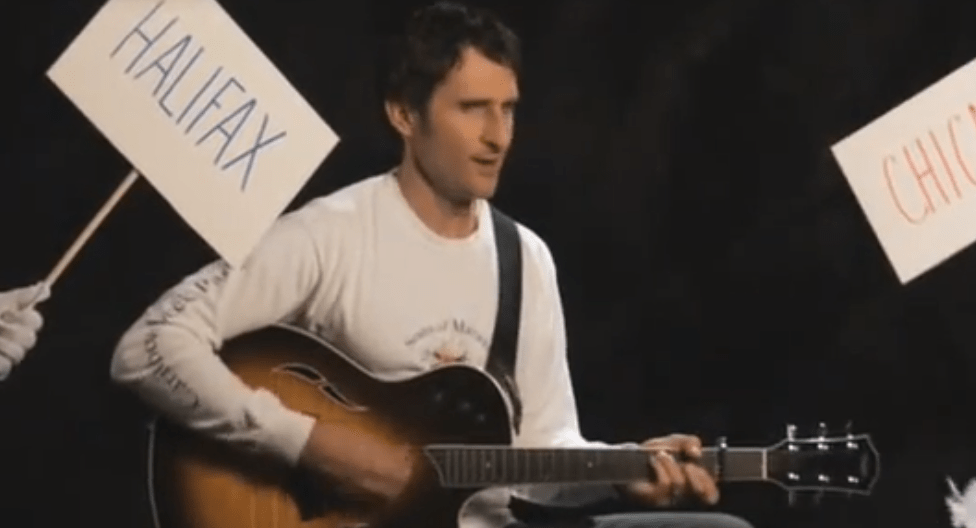 Disgruntled British Airways passenger Hasan Syed took to Twitter on Monday to complain about the airline losing his baggage – but he wasn’t content to merely rant under his handle, @HVSVN. He actually went as far as spending over $1,000 to buy Twitter promoted tweets to make sure his message was heard by British Airways — and everyone else.

It worked. Syed’s tweet was retweeted thousands of times and before long outlets like the Guardian were writing about it. Being a brand these days can be pretty scary. Not only is everyone (Digiday included) eager to pounce when companies make customer service and social media faux pas, but connected customers and crazies alike are taking to the Internet to air their grievances. This can mean serious PR nightmares, and even stock market losses, when a customer complaint goes viral.

“United Breaks Guitar” Youtube Video
This is an oldie but goodie. Back in 2009, musician Dave Carroll was flying with his band on United Airlines from Halifax to Omaha, by way of Chicago. United baggage handlers in Chicago were apparently unaware that guitars shouldn’t be thrown and badly damaged Carroll’s $3500 Taylor guitar. In trying to file a complaint with the airline about the damaged goods, Carroll said he was met with rudeness, avoidance and a bunch of red tape. So he took to YouTube instead. His video “United Breaks Guitars” quickly went viral, and today has over 13 million views. All of the negative buzz at the time of the video’s release may have even played a roll in causing United’s stock to drop 10 percent, costing shareholders $180 million. Talk about payback.

Jean-Luc Picard’s Time Warner complaint
Looks like even the captain of The Enterprise can’t get Time Warner’s cable service set up easily. This past September, Sir Patrick Stewart (the guy who played Picard) tweeted:

All I wanted to do was set up a new account with @TWCable_NYC but 36hrs later I’ve lost the will to live.

We’ve all been there. But not all of us are famous, so an angry Time Warner tweet from someone else probably wouldn’t have gotten much attention. Stewart’s tweet got almost 1,800 retweets and more than 800 comments along with plenty of press coverage.

Ritz-Carlton stuffed giraffe stunt
Not all viral feedback is negative. Last year, Chris Hurn’s son forgot his beloved Joshie, a stuffed giraffe, at the Ritz-Carlton Hotel on Amelia Island in Florida. In order to reassure his son, Hurn told him that Joshie was just staying on vacation a little longer. Luckily the hotel soon called Hurn to inform him that they had found Joshie. Hurn was relieved but asked the hotel to help him substantiate his story that Joshie was relaxing a bit longer at the hotel. Hurn asked if someone could take a picture of Joshie in a lounge chair by the pool. Well, the Ritz did that an then some. Hurn soon received a package from the hotel including Joshie, some branded goodies and a book full of pictures of Joshie enjoying all of the amenities at the Ritz, like getting a massage at the spa, driving a golf cart – all the usual luxuries that stuffed animals expect. Needless to say Hurn was thoroughly impressed by the customer service and took to the Internet to share his positive experience. He wrote a blog post about it for the Huffington Post, and the incident got mentioned all over the Web and even ended up in a Reddit thread.

Alamo Drafthouse Cinema publicizes customer complaint itself
This isn’t the usual case of a customer sharing their complaint online. In this instance the offending company took to the Web itself to share a customer’s complaint, and the resulting video went viral. The Alamo Drafthouse Cinema in Austin, Texas has a strict no-cellphone policy. Once customer was booted for using her phone in the theater during a movie and decided to leave an angry voicemail expressing her dissatisfaction with her Alamo Drafthouse experience. Alamo, rather than just ignore the voicemail, decided to turn it into a video and posted it to YouTube. The theater brand provided captions (with CAPS for emphasis) so that viewers could get every word of the pretty hilarious rant of a voicemail. The video got over 3 million views. And now everyone knows, that yes, you will get thrown out of Alama Drafthouse Cinema for using your phone, even in the “magnited states of America!”

Dunkin’ Donuts crazy lady
This past June, Florida resident Taylor Chapman walked in to a local Dunkin’ Donuts with her smartphone video ready to record. Champan had apparently not gotten a receipt after her last visit and cited a store policy that entitles customers to a free item if they are not given a receipt after a purchase. Champan filmed herself being a total nutcase and harassing an incredibly patient and polite Dunkin’ Donuts employee for her free item – all while hurling racial epithets and threatening to post the video online. The outrageous video did quickly go viral, but not for the reasons Champan had hoped. People overwhelmingly sided with the Dunkin’ Donuts employee and expressed their shock and disgust over Champan’s disproportionately aggressive behavior. The video has gotten over 800,000 views on YouTube, proving that sometimes even viral complaints aren’t valid and don’t end up effecting a brand negatively.