These brands should be calling Tim Howard right now 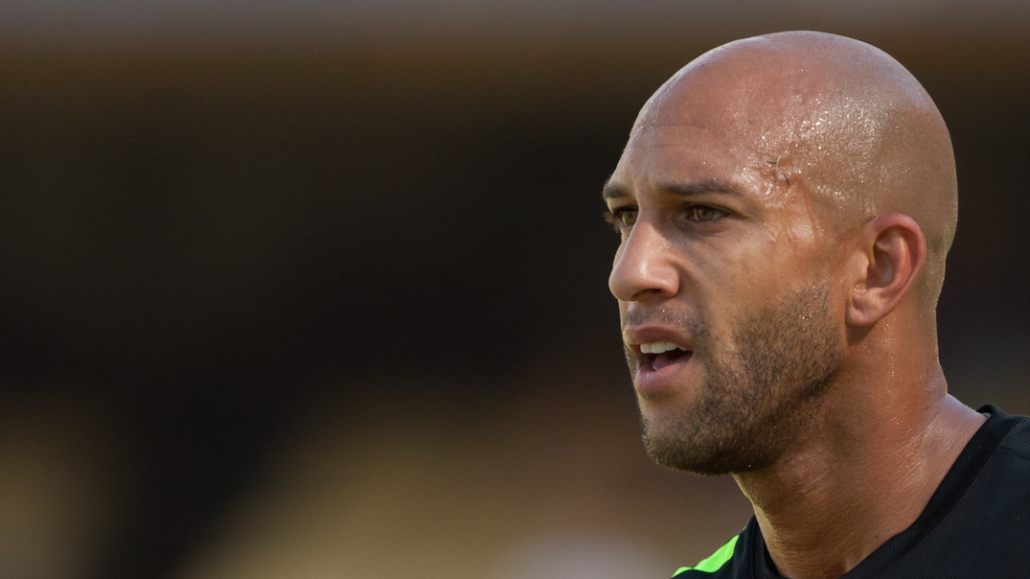 Just yesterday the U.S. soccer team goalie Tim Howard was temporarily named Secretary of Defense on Wikipedia, and soon after a petition was started to rename Ronald Reagan Washington National Airport after him. #ThingsTimHowardCouldSave was a massive meme, too.

I defy anybody not to see joy in this ‘the dinosaurs’ pic of #ThingsTimHowardCouldSave pic.twitter.com/FalPcwnzwE

These honors had been bestowed by his fans in celebration of his 16 stellar saves during Tuesday’s World Cup match against Belgium — the most saves in a World Cup game in 50 years. Just two days later and with the entire U.S. population at his side Howard is officially the best candidate for a spokesman ever, any brand’s wet dream.

We asked five agency execs to come up with Howard-related slogans for companies outside the typical sports categories. Nike, for example, is already a sponsor. But here are a few hypotheticals that have us shouting GOOOAAAAL! (Thanks to Digiday art directors Draeger Gillespe and Matt Fraher for the mockups of ads.) 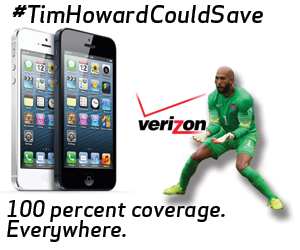 Amazon Subscribe and Save. “Will you save as much as Tim Howard? No.”

Save the Children. “Tim Howard’s got this.”

David Angelo, founder & Chief Creative Officer, David&Goliath
State Farm. “I can see State Farm switching Chris Paul for Tim Howard. He’s got coverage like no other auto policy. Like a good goalie, State Farm is there.”

Timex. “Tim would be the perfect reason to resurrect the classic tagline ‘Takes a licking and keeps on ticking’ for the last time.”

Lubriderm. “What do you give the hands that carried America’s World Cup hopes? Daily Moisture Lotion fortified with Vitamin B5 and skin essential moisturizers, that’s what.” 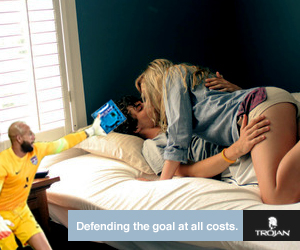 Jason Sullivan, managing director of Publicis Seattle
Trojan condoms. “Defending the goal at all costs. Who wouldn’t want to wear the brand that world class goalkeepers trust most?”

A strategist who didn’t have time to get PR clearance so will remain anonymous:
Red Bull: “Tim Howard gives you wings, obviously.”

Mark O’Brien, President of DDB North America
“He could even be called on by the pharmaceutical industry for the wide range of drugs that are known as ‘blockers’, such as ‘beta-blockers’ to treat high blood pressure. Imagine a shrunken image of Tim Howard inside your body blocking epinephrine from getting to your heart!”