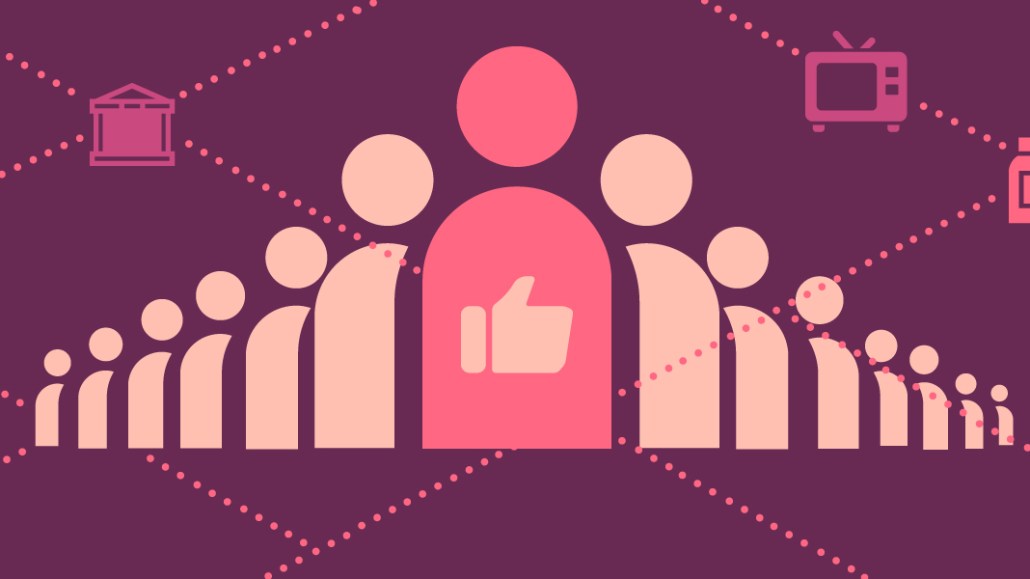 By Bryn Caruso, vp of sales and customer success at Julius

Influencer marketing was undeniably one of the most popular topics of discussion at NYC’s Social Media Week. From early adopters to well-versed marketers, it was clear that the marketers having the most success with influencers also had the best working relationship with their creators and distributors. For example, they appreciated influencers as content creators and not just another media distribution channel. They looked beyond superficial commonalities and instead, sought value alignment between brand and influencer. They were open to collaboration and saw influencers as partners vs. vendors.

As both a passion project and need to scratch a curiosity itch, Julius, the influencer marketing company, and Lippe Taylor, PR, partnered together to survey over 450 professional influencers to learn how they define themselves and what they do. The surveyed influencers were a diverse group of individuals, representing categories such as lifestyle, fashion, art & music, parenting, beauty, fitness/sports, gaming, travel and more. All were based in the United States, with 80% of respondents identifying as female and 19% as male. (One respondent who runs an account for their pet chose “other” for gender; the dog was male, but his owner was female.)

Here’s a snapshot of some of our most notable survey insights. 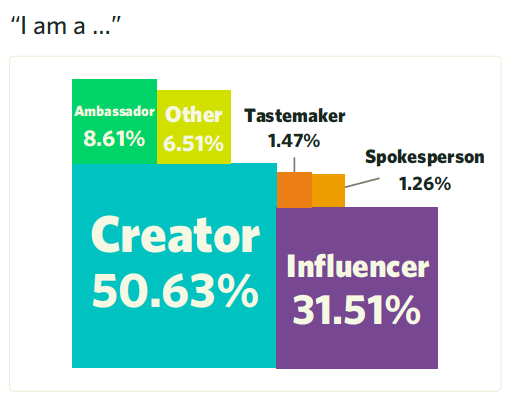 Just over 50 percent of those surveyed preferred the term “creator.” “Influencer” came in at a distant second, with about 32 percent favoring the title. Perhaps more interesting were the write-in titles, which included “advocate,” “creative professional,” and “blogger”—clear indications that the respondents, above all else, wished to be viewed as creating unique and professional content for their fanbases.

Other relevant findings from the survey make the term “creator” even more relevant. When asked about the most important element to their success, the influencers overwhelming selected “quality of content,” with “high engagement” and “emotional connection to followers” coming in second and third, respectively. Across the board, these individuals are passionate about the content they create. 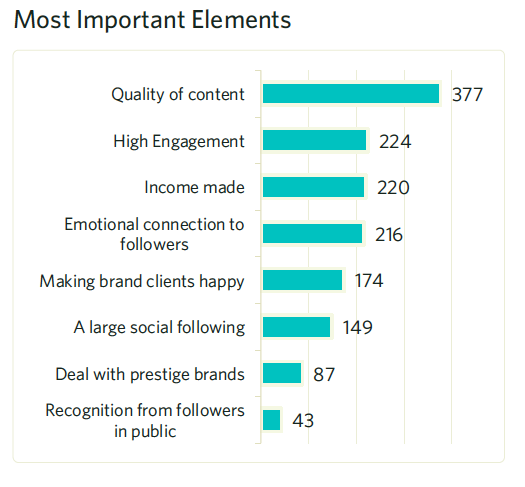 When striking up a partnership with an influencer, it’s vital for brands to remember that influencers want to be seen as creators. Some of the most successful campaigns invite influencers to generate original content specifically intended for their audiences, instead of just posting prewritten copy. “With sponsored content, we have to go above and beyond with the content we create to show our audience that we’re really behind it,” said YouTube star Joslyn Davis at this month’s Social Media Week.

What moment defines when an influential friend actually becomes a noted influencer? Overall, the survey participants were split between two watershed moments: when an influencer receives their first brand sponsorship, and when the influencer crosses a certain threshold of followers.

To break it down further: 39 percent of parenting influencers considered themselves “official” influencers after crossing a threshold of followers, while 59 percent of fitness/sports influencers said that they took on influencer status after receiving their first brand sponsorship.

Some of the best write-in responses to the question included: 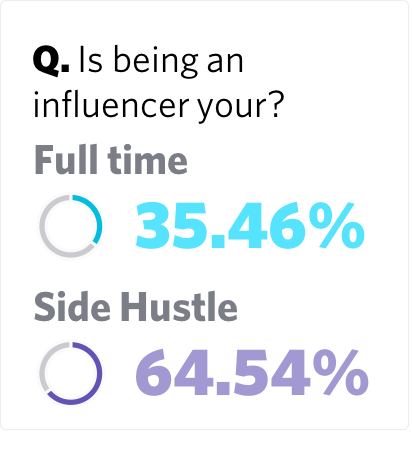 Want to learn more from the survey? Request an infographic of the results here.

https://digiday.com/?p=285923
Most Read
Trending in
Explore More from Digiday Media