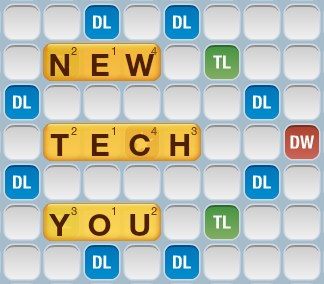 There’s reason to wonder if the current vogue for so-called “native advertising” is mostly old wine in new bottles. But there’s little doubt that mobile advertising has yet to figure out its ad model.

Zynga, which boasts one of the largest footprints around with five of the top 10 mobile properties as measured by ComScore, is rolling out rewards-based ad integrations in its mobile properties like “Words With Friends” and “Scramble With Friends.” Brands like Nordstrom and McDonald’s have signed on to run campaigns in Zynga desktop games. The company is now moving that to mobile. Honda, for instance, is running a “sponsored word” program with Zynga that offers in-game rewards and tips in exchange for users playing Honda-related words like “new,” “tech” and “you” as part of the auto brand’s “It Starts With You” campaign for the Accord. Zynga says over 220,000 Honda words were played in the first four days of the effort.

But that doesn’t mean standard ads are going anywhere. In fact, Julie Shumaker, vp of global brand sales at Zynga, thinks good-old fashioned standard display ads will continue to be the overwhelming majority of ad revenue. The reason is simple: standardization, blunt instrument it can be, is absolutely necessary to have a scalable media business.

That’s because native ad integrations like sponsored words in mobile games can’t be run as much. Zynga caps rewards-type programs at one per user per day.

Of course, getting mobile right is critical for Zynga, which has been under fire on pretty much all fronts. The dramatic shift of users from desktop to mobile is a major challenge for the company. The good news is it boasts a large footprint in mobile. The bad news is platforms make far less money in mobile compared to desktop. After all, Zynga recently wrote down half its purchase of Draw Something maker OMGPop.

But Shumaker trusts that mobile won’t be a huge challenge in closing a revenue gap with desktop.

“We are not seeing the gap that the market is seeing,” she said. “Our reach against U.S. audience in mobile is so astounding. Zynga is a must buy. I read the doom and gloom, but at Zynga we’re feeling much more optimistic about the variance between desktop and mobile ad revenue.”