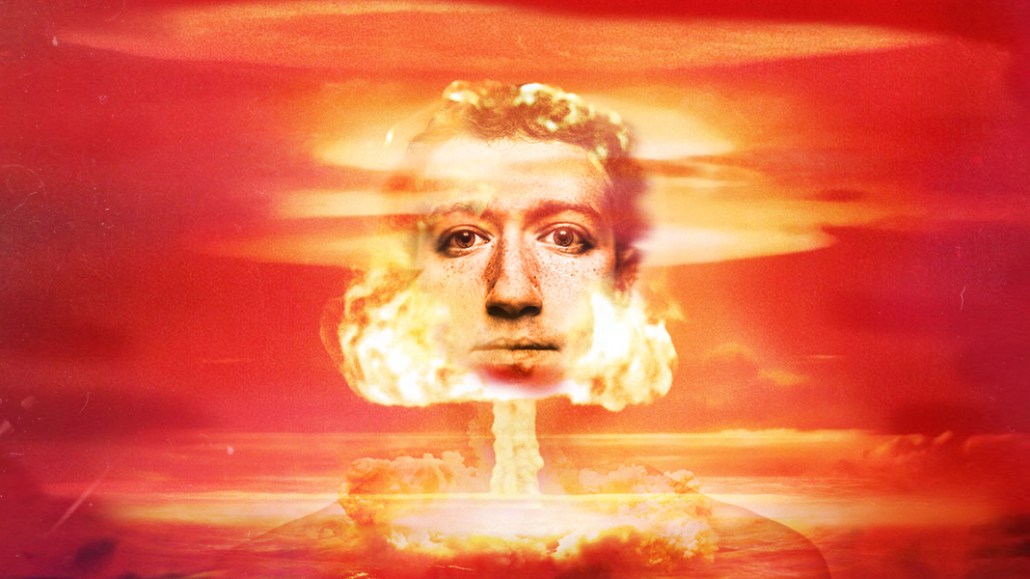 Back in November 2007, there was a line around the block in New York’s Meatpacking district for an eagerly anticipated event: Facebook’s first big foray into advertising. Mark Zuckerberg was a different leader then. He wasn’t far from his “brogrammer’ days, carrying around a business card reading “I’m the CEO, bitch.” The crowd of marketers and journalists wanted to see how Zuckerberg would perform. I remember thinking while he spoke that it was clear he took lessons in public speaking and was following them almost robotically. He declared then that “media would change forever.”

It seemed like hyperbole at the time, but Facebook went on to change media, in ways that nobody at that event quite imagined. What was notable about the introduction of what were called Facebook Social Ads was something at the time seemed less important than the social ad features: Beacon. It attracted big name advertisers, including Coke and Blockbuster (hey, it was 2007), eager to tap into Facebook’s burgeoning “social graph” (remember that?).

Beacon went on to become emblematic of Facebook’s cavalier approach to both user data and privacy, as well as its unusual habit of leaving advertisers high and dry. When Beacon got the full scrutiny it deserved, away from the canapes and cocktails at a Meatpacking club, it didn’t hold up well. Marketers were being used in ways that put their brands at risk — and they were mad about it. What’s more, many felt lied to — and being there for Zuckerberg’s presentation, he either did not know how Beacon worked or did and present it misleadingly. And then, after a short-lived furor, you won’t believe what happened next: Not much. Zuckerberg issued an apology, life went on.

This was the start of a regular dance between Facebook and big-name advertisers. Over the years, crises pop up, burn hot and then disappear. As Facebook has grown, particularly with the addition of Instagram, so too has its unusual leverage over advertisers. Usually media companies live in fear of their advertisers, who are often their customers. Advertisers fleeing spells the end to a media business. But Facebook, like Google, is not a normal publisher. Despite the halting start to its ad business that night in 2007 — Facebook Social Ads were mostly a flop, Beacon was rolled back after an outcry — Facebook went on to match Google with a giant ad machine, lubricated by deep pools of user data. With 7 million advertisers, Facebook is simply too big to be shamed by some uppity advertisers. What’s more, advertisers often need Facebook (and Google) more than vice versa. The leverage equation that most media operates under is reversed.

We have seen this movie already. YouTube’s “brand safety” crises led to several advertisers “pausing” spending. They went back to the platform, needless to say. YouTube’s ad business didn’t suffer at all. Platforms have so many advertisers that they’re insulated to the short term impact of these efforts — and advertisers are too panicky about sacrificing immediate returns in favor of taking the long view, much less putting principles ahead of ROI.

This is why I’m skeptical that this time — no, this time — the advertiser unease with Facebook’s approach to everything from user data to propaganda content will fizzle out. As has been pointed out, marketers selling fleece vests who make a big show of not advertising on Facebook in July might be virtue signaling rather than taking a principled business stand. Time and again, we have seen Facebook and Google withstand these mini revolts, offering small concessions and fig leafs for advertisers to quietly return.

It’s hard to believe now, but there was a time when advertisers doubted that Facebook ads even worked. Back in 2012, in the run-up to Facebook’s IPO, General Motors used The Wall Street Journal to question whether ads on Facebook worked, going so far as to stop spending on Facebook ads “after deciding that paid ads on the site have little impact on consumers’ car purchases.” Imagine. Guess what, a year later, GM reversed course and was back advertising on Facebook.

There is, of course, a chance this latest advertiser revolt will have legs. History, however, says otherwise.