A picture may say a thousand words, but apparently a Vine can be worth $40,000.

Both Vine, Twitter’s six-second video platform, and Facebook’s Instagram are growing fast. Vine boasts more than 25 million U.S. users, according to ComScore, and Instagram over three times that. Like YouTube before it, the platforms now boast their share of micro-celebrities, who have amassed tens of thousands of followers to their budding micro-media empires.

Enter the brands. InstaBrand CEO Eric Dahan facilitates deals between fashion and retail brands such as American Apparel, Levi’s and Unilever, and a network of approximately 1,500 Vine and Instagram influencers. On Vine, brands are willing to pay influencers as little $500 or up to $40,000 if they have several million followers, Dahan said. Top Instagrammers — like surfer Anastasia Ashley, who posted the below photo on behalf of high-end fashion brand Ferragamo — themselves typically receive up to $10,000 for an image.

InstaBrand, which takes 10 percent of each transaction and is currently making several hundreds of thousands of dollars a month, has also been able to convince app publishers to tap into its talent pool. App downloads drive the mobile advertising industry, partially because they deliver easily measured results. But posting about them on Vine or Instagram allows no such conversion.

Still, the app UberFacts has been willing to try it with popular Viner Jessica Lesaca, who has more than 250,000 followers.

But the influential Viner may not have been much help: the app has slipped from No. 7 in the iTunes App Store on April 25, the day the below Vine ran, to No. 571 as of this Monday, according to app analytics firm App Annie.

Nonetheless, Vine influencers tend to command higher prices from brands than their Instagram counterparts despite having only a third of the audience — Instagram had nearly 71 million unique visitors in April to Vine’s 25.7 million. Dahan attributed this to Vine being inherently more viral than Instagram. Vine’s “revine” capability allows for more organic reach, while Instagram has no such feature.

“Vine prices are a lot higher on a per activation basis,” he said. “There’s a creative aspect to it, and it can go viral if it’s good.” 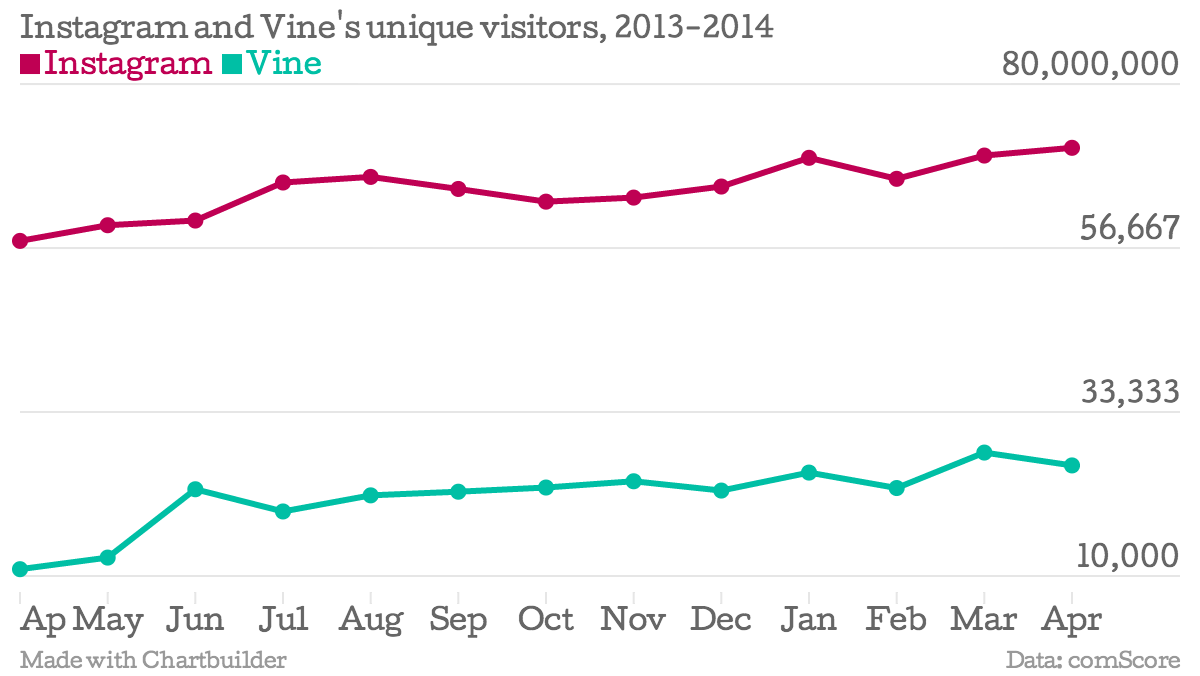 That can make it hard out there for a social media star. Christine Hsu, who has more than 170,000 followers on Instagram as @kkarmalove, receives only $75 per branded image through her contract with InstaBrand, she told Digiday. She has posted photos on behalf of watch brand Fossil and Unilever’s Q-tips, but the number of requests slowed after the holiday season, she said.

According to Stein, being an Instagram star can actually be quite lucrative and on par with what a platform itself may receive from a brand.