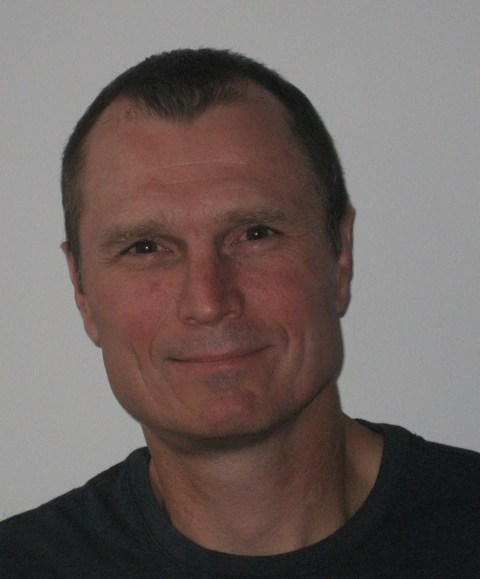 Ad verification is on its way to being a standard part of the online buying process — either to protect clients from dicey sites or to simply making sure that ads can actually be seen. The sector’s No. 3 player, AdSafe, claims it isn’t concerned. CEO Scott Knoll says the company is making inroads against its more established rivals. To help, AdSafe has recently brought on Mike Iantosca, one of the top sales executives at the mega-successful music site Vevo, to become the company’s new chief revenue officer. Digiday talked to Knoll about where AdSafe is headed.

Competition is fierce in the ad verification sector. You’ve got ComScore making a big push to cement its role in campaign verification and brand safety, you’ve got Double Verify pulling in $33 million in funding last summer, and there’s always the possibility that Google elects to bake its own verification into Dart or its exchange — something they’ve talked about. How do you guys stack up?
We have a lot of respect for our competitive set. But they are very focused on verification and auditing. ComScore, in particular, is focused on planning and research. Campaign-based measurement is just that, measurement at a campaign level. And Double Verify is focused on helping companies from traditional media get comfortable with verification. I saw this during my time at [the targeting and measurement firm] Aperture; that’s a tough approach [to focus on just one aspect of the process]. Buyers are so inundated with data. It’s not like the old days, when you were buying on 10 sites and you just optimized. Now you have buyers buying on tens of thousands of sites. These verification reports just give them bad news. You’re telling them that they are screwing up. Everything we do is about making our data actionable. This is how we protect you. Everything is preventative or automated.

But everybody says they’re looking to shift toward prevention over just reporting on violations. ComScore hinted that last week, and Double Verify’s been saying it for a while
We’re about making data immediately actionable. The tech comScore acquired [from the company AdExpose] just doesn’t do that. And with Double Verify, it’s the same thing. They built an excel-based reporting tool for transparency. Their direction seems to be, “let’s find other things on your IO that we can help audit.” Our goal is, “let’s gets rid of the problem in the first place.” As for Google, as a former DoubleClick employee, I’ve heard that a thousand times. If everybody was afraid of that, they’d never build a business. We feel like we’re well positioned. Unlike Google, which has its own ad network ad serving business, we work with everybody. We have a much broader view. And because we are a third party that doesn’t sell media, there is no fox in the hen house. We’re not biased. Google has a lot of frenemies. We do not compete with anyone we sell to

Sounds good. So how are you guys actually doing?
We’ve had tremendous growth. In 2011, revenue grew 500 percent. And from Q3 to Q4, it grew 70 percent. We are expecting to continue that growth. We had 200 customers by the end of 2011, including agencies, brands and publishers [now 230]. Some of our new clients include Aetna, Mastercard , Dove, Honda and Zip Car. We probably had 20 customers the year before. As for what we attribute that growth to, it’s a combinations of things. More advertisers are recognizing that it’s better to prevent than do something after the fact. The other big driver is the desire to buy inventory based on whether something is in view. There is a big overlap now in ad safety between content and whether an ad is viewable. That’s the biggest need lately. From a safety perspective, a lot of inventory exists that is undesirable regardless of who your brand is, and it doesn’t perform. But a brand like Calvin Klein has very different standards than a brand like Disney. Above the fold is becoming a must now. That’s a newer concept, and people are just getting their head around it.

How bad are exchanges when it comes to non-viewable impressions? We’ve seen reports indicating that it’s a serious problem.
We see about 38 percent of impressions in exchanges not in-view at all. Having said that, that means that 62 percent of impressions in exchanges are in-view and could be quality inventory. Brands that know the space are not really that surprised. The beauty of online advertising is that you can know more about what ads you run that are wasted, unlike in traditional media. But unless you can do something about it, the feeling is, “I’m doing a terrible job as a buyer.”

What is the status of your product when it comes to video? Everything you hear about verification when it comes to Web video is that it just doesn’t work. That the technology just isn’t there.
We have a bunch of video-network clients. So that says something. But the reality is, we’ve had mixed results trying to look at the video itself and trying to figure out if something is appropriate [content/context-wise]. We’ve done all kinds of testing, looking at meta tages, pages, keywords words. We found that 99 percent of the time there is a correlation between a video’s content and other info we pull from the page it appears on. There are technologies out trying to look at video images. Multiple companies have tried to build around this. And there are large issues that people are trying to sort out. But we have not found anything that helps us.