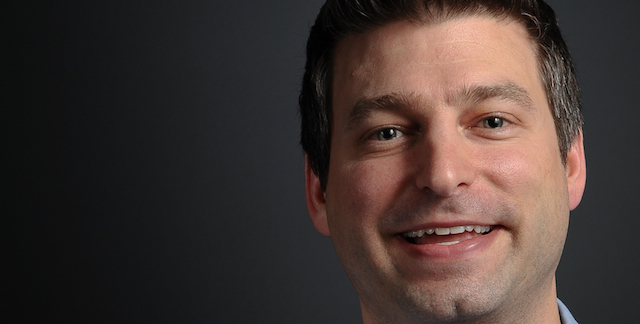 Twitter’s Adam Bain can’t sleep. That’s perhaps unsurprising given the job he’s been tasked with: Figuring out how to monetize one of the most popular social networking services on the planet, and raising two kids while he does it.

The self-professed “insomniac” joined Twitter almost two years ago with a scary title: head of global revenue. His task was to solve a simple yet Herculean challenge: figure out a way for Twitter to grow a media business from scratch to match its huge social platform — oh, and don’t drive away users in the process.

But according to Bain it’s not the job that keeps him awake at night. “I have two kids under four years old, it’s true i don’t sleep much,” he says. “Much to the misfortune of my team when I’m emailing them at three or four in the morning.”

Having spent much of his career at News Corp companies, including a stint as president of Fox Audience Network – the division tasked with monetizing properties such as WSJ.com and MySpace – Bain joined Twitter in 2010 specifically to escape the floundering display ad market. He recognized the signs, from both consumers and marketers, that display advertising just wasn’t cutting it on the Internet. That’s quite a turnaround from a guy who built one of the Web’s top ad networks with FAN.

“I became dismayed with the state of online advertising, it was forcing advertisers to be loud rather than good,” he says. “What brought me here was the promise of working on ads that don’t suck.”

Since joining the company that’s the message he’s been attempting to communicate to the marketing community, too, meeting with as many senior brands and agencies as he possibly can to evangelize the platform and its suite of fledgling ad products, which includes promoted tweets, promoted trending topics, and promoted accounts. During his first weeks with the company he attempted to meet with 140 CMOs in 140 days — a plan his wife was less than keen on.

But if recent events are anything to go by, he’s doing something right. Bain bounced around energetically at an exclusive Jay-Z show at SXSW last week, held to launch a major integration Twitter secured with American Express and its agency Digitas. Despite the huge array of technology on display at the Austin-based festival, numerous agency execs and industry observers declared the Twitter integration the most memorable news it produced.

That’s because AmEx isn’t slapping its logo up on Twitter, but is instead recruiting users to market on its behalf. Through the program its customers are invited to sync their AmEx accounts with their Twitter ones, and to tweet brand-related hashtags to automatically load deals and discounts onto their cards.

The word energetic is one used frequently in reference to Bain. “That’s exactly how I’d describe him: energetic and charismatic.” says Ian Schafer, CEO of digital agency Deep Focus, adding, “For someone who’s essentially a sales guy he’s remarkably well liked.” Matt Barash, who worked under Bain in a sales role at Fox Interactive Media and recently left an exec role at Forbes Media, says similar: “When i think of Adam I think infectious charisma. It gets passed down to people he works with, and even to the marketers he works with.”

But ultimately energy and charisma mean nothing without ability to attract the attention of advertisers. He might be a sales guy now, but Bain’s background heading up product and technology teams gives him the ability to bridge Twitter’s core service with its advertising and marketing products, he claimed. Prior to FAN he served as the CTO of Fox Interactive Media, where he oversaw the acquisition of MySpace, IGN and other properties. He also ran the product and technology divisions at FOXSports. Translation: he’s not out there hawking ad spots.

“He’s the kind of person marketers want to work with,” says Jeff Lanctot, global chief media officer at Razorfish. “I think he has the mix of creativity and intellect that Twitter needs right now. There is no proven road map for the type of ad models they’re introducing, so those are important attributes.”

Lanctot’s point is a good one. As appealing as the job might sound, running sales at Twitter must be tough. It’s shunning of display ads means it’s forced to talk to marketers in a whole new language of retweets and @replies, as opposed to the CPMs and CTRs they’re used to. As a result, a good part of Bain’s job is education.

“We had choices to make. We could have made the easy but destructive choice to go down the standard display route, but we didn’t,” Bain says. No agency is going to turn down a meeting with Twitter. But they might not get what he’s selling.

“You can’t afford to sleep if you’re running sales for Twitter right now,” Schafer suggests. “This is a moment in time with a tremendous opportunity.”

There are doubters, of course. Some wonder whether Twitter will ever live up to its astounding $8 billion valuation. They might have a point. According to Emarketer estimates it generated just $140 million in 2011. There’s a lot of ground to make up between those two numbers, whether its costing Bain some shuteye or not.

The fact of the matter is it’s yet to generate any significant revenue, or a revenue model that will scale. It’s working towards that goal rapidly, though, thanks to a revenue-centric staff of over 120, which helps brands understand, execute, and purchase its ad products.

The company plans to open up its self-service offering this year, too, and will begin onboarding small and mid-sized businesses shortly through its partnership with American Express. Businesses that use AmEx services will be gifted a $100 coupon for the product.

There’s pressure on Bain to get it right. Facebook has succeeded in turning its audience into a hugely profitable business, but other social sites and services, such as MySpace, failed to make their business models stick long-term — something Bain knows all too well from seeing it up close. But he claims it’s not worries but opportunities that keep him up at night.

“2012 will be Twitter’s banner year,” he predicts. “The ad business will see growth, we’ll extend to completely new platforms, and open up to a whole new set of advertisers. That’s what I spend my time thinking about.”