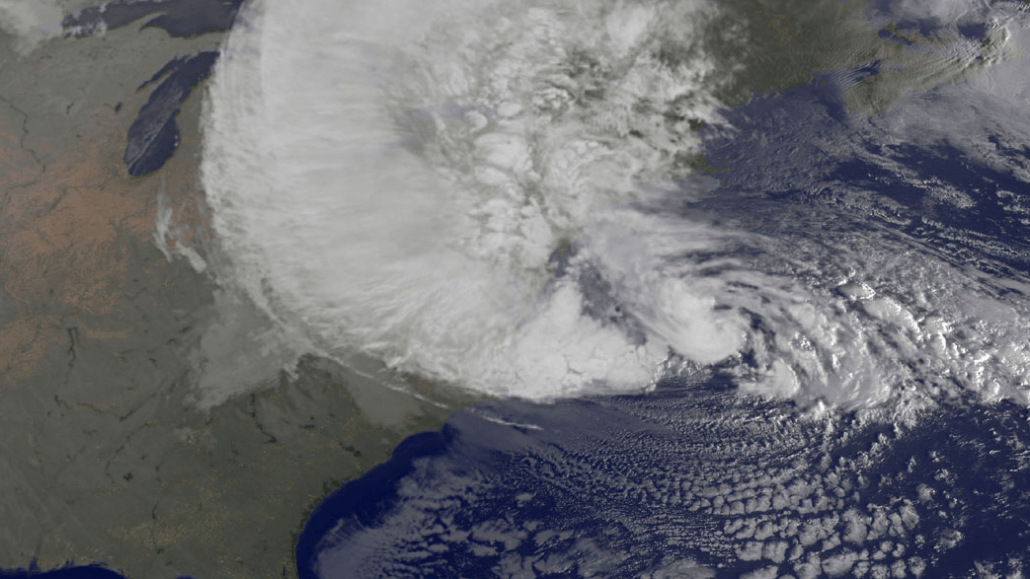 These are the moments The Weather Company lives for.

Hurricane Sandy is currently blowing through the East Coast, and TWC has been millions of people’s information line, from tracking the storm to showing images of overflowed water ways. But the omnipresent media company — it recently dropped the “Channel” from its name — is using the storm to show off its muscle, offline and on. The company is live streaming its TV coverage at Weather.com and via its YouTube channel.

Thanks in part to social media, Hurricane Sandy has become a “cultural event” for the U.S. The numbers coming in from TWC show that this is “must-watch” viewing, whether on the television, desktop or mobile device. Yesterday was the biggest day in the history of weather.com, according to a company spokesperson. On Sunday, it garnered 105 million page views (the fifth highest page view ever) and 40 million video streams (No. 1 all-time video day). It was also a top 10 day for daily visits and visitors (21 million  and 14 million, respectively). The storm saw it move ahead of Instagram into the top 10 of most popular iPhone applications.

“This is our Super Bowl, if you will,” said Eric Hadley, svp of partner solutions/trade marketing for TWC, who spoke to Digiday while at Battery Park with Jim Cantore and other Weather Channel meteorologists.

As of this writing (Monday, October 28 at 1 p.m.), there have been 1 million total live video stream starts between live stream on weather.com, YouTube and recently acquired Weather Underground. The YouTube stream began Sunday evening, and it is a homepage spotlight on YouTube in the U.S. As of this morning, there had been 20,000 peak concurrent users with 141,000-plus hours streamed with an average view time of 8.5 minutes.

On mobile, Hurricane Sandy is also turning out to be big for TWC. On Monday, it reached its No. 2 all-time page-view day with 16.3 million (behind last year’s “Colossal storm” on February 1 – 17 million). As it saw with Joplin and Tuscaloosa last year, mobile activity on Web and apps is likely to pick up if there are power outages. For mobile and table apps, it’s already hit the No. 1 all-time day for page views (109 million page views) and No. 1 all-time day for video starts (1.6 million video starts) across mobile and tablet apps combined.

All that media activity means a lot more ad impressions. It contacts advertisers ahead of time to explain what they should expect when the site will trigger more inventory. Prices also go up as demand increases.

“We don’t drive up (CPMs) dramatically,” Hadley said. “But [events like Hurricane Sandy] increases pressure on inventory we have.