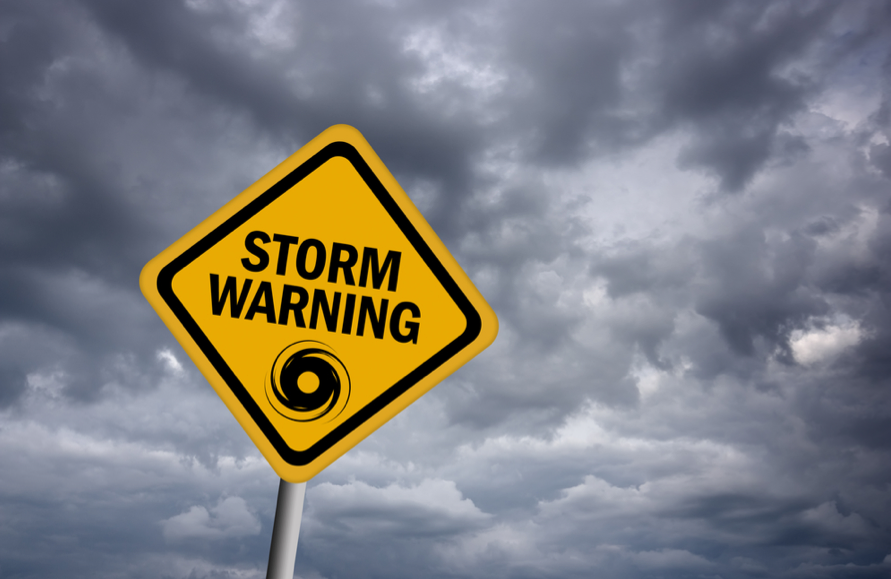 Many publishers are ignoring the mobile storm that threatens to upend their businesses.

The basics are straightforward. The screen is tiny; fewer ads are placed on a mobile page than on desktop; mobile ad units are barely readable, if not usable. Most importantly, publishers are trying to fit the model of rectangles of desktop ads onto a phone — old print formats carried over from the desktop Web. The math bears this out: A mobile user for nearly all publishers is worth a fraction what a desktop user is.

Present this case to many publishers, and you’ll hear stalling tactics. It’s still early, they’ll say. Mobile users are “additive,” they’ll claim. Mobile banners are sure to improve and close the yawning gap with desktop, you’ll be assured. But what if that’s not the case? What if mobile starts to eat up a big chunk of their traffic — say 40 percent — under the current economics? That’s trouble. Just ask Facebook, which has seen a huge chunk of its audience shift to mobile and is now struggling to come up with an ad product that works there.

“I suspect a lot of us traditional publishers don’t have a completely comprehensive plan in place yet,” said Jay Lauf, publisher of The Atlantic, which gets about 10 percent of its traffic via mobile.

There’s a huge revenue gap on mobile even though smartphone penetration is above 50 percent in the U.S. Yet publishers are still, as one noted, approaching mobile like gum on a shoe: a minor inconvenience that can just be scraped off. Publishers are still trying to place traditional concepts of advertising onto new media are finding their problems exacerbated by the dearth of inventory.

“They’ve done this port — a desktop display experience into a mobile one — and certainly realize they have a lot of inventory,” said Ryan Griffin, group director of media and mobile at Digitas. “Marketers are interested in mobile, but it’s an immature and nascent infrastructure for mobile media. We don’t have same ad standards, tracking and reporting and measurement.”

This all adds up to far too many headaches for most publishers. Their sales teams are focused on big-time sponsorships, rather than on mobile buys that aren’t very lucrative. That’s why many publishers unload mobile impressions to ad networks like Jumptap, Millennial Media and Google. And that’s where you see intense commoditization. “When you think of those guys monetizing at $2 to $4 on CPMs versus a premium publisher getting $12 CPMs, that’s a big theme,” he said.

Yet for many publishers this is a problem for tomorrow, not today. After all, mobile isn’t yet a huge amount of their ad inventory. It’s more of a rounding error, despite the eye-popping figures about mobile-device-use growth.

“This is about the future, but we haven’t seen a massive shift of dollars to the mobile platform,” said Lauf. “Marketers are still trying to figure out how to best utilize mobile.”

The future is hard to predict, but the habits that are now being created are what will be used in years to come, which will impact a publisher’s mobile revenue. USA Today’s vp of mobile product, Matt de Ganon, is trying to get its audience into a habit that benefits the outlet now, to acquire those users at a cost-effective rate so that, he said, “in five years, my [revenue per user] is where we want it to be.”

Not all publishers think this is something for the future. The Weather Channel, for instance, claims 30 million mobile users per month. What’s more, it doesn’t suffer from a “mobile gap” in revenue, according to Curt Hecht, chief global revenue officer of The Weather Channel.

“Any user that’s interacting with our brand is a valuable user and we want to capture them on every screen,” Hecht said.

ESPN also professes to be ahead of curve in mobile, where it sees over a quarter of its traffic. Thanks to higher engagement rates and a large audience, the company can charge premium rates. “That’s why I think it may not be as big of a priority for other publishers because they’re not seeing the scale we’re seeing,” said Brian Doyle, senior director of mobile sales and strategy development at ESPN.

“You have to step back at some point and say, ‘I get this is going to be a core part of the business. How do we apply normal business metrics and procedures to building against this audience?’” de Ganon said. “If you throw up your hands and say mobile advertising will never work, that’s abandoning them.”