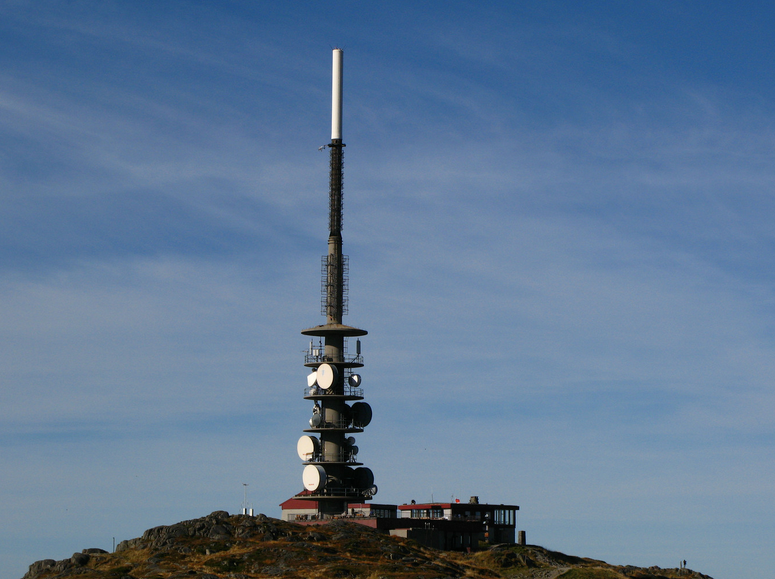 In this week’s Filter, Aereo explains how it works, Salesforce is about to buy Buddy, the Times-Picayune goes from daily to three days a week, mobile ads still haven’t hit their potential and Google launches Google Plus Local.

TV Networks on the Hot Seat Over Legality of Barry Diller’s Aereo
Aereo, Barry Diller’s TV-streaming service, raised more than a few eyebrows — and a lawsuit — when it launched in March. The company is being sued by broadcasters because they say Aereo doesn’t have the rights to the content it will be streaming. So they are going through the courts to get an injunction on the service. On Wednesday, Aereo got its chance in court to explain how the service and technology work. A ruling isn’t immediately expected.

Broadcasters say they miss out on advertising revenue when TV viewers don’t immediately watch their recorded programs. The networks have come to an agreement with Nielsen to measure DVR views and an agreement with ad buyers to pay for viewers who watch a program within three days of its initial broadcast. But to the disappointment of broadcasters, they haven’t yet gotten the ad world to accept “Live+ 7” ratings (measuring those who watch shows within seven days of initial broadcast). Franks agrees there’s a lot of harm in this. Pushed hard on whether DVRs cause more measurable harm to broadcasters than what’s in dispute in this case, Franks responded there is a “benefit we derive from DVRs that we don’t from Aereo, but on balance, yes.” The prospect of cord-cutting worries broadcasters, who fear that because nobody is measuring those who watch Internet streams, ad buyers won’t pay up for them without a verifiable ratings system.

Read the article at The Hollywood Reporter.

Salesforce Set to Snap Up Facebook Friend Buddy Media for More Than $800 Million
Signifying the transition from search-based Web to a social Web, All Things D reports that Salesforce, the enterprise CRM company, is set to buy Buddy Media, a social management platform. Recently, Oracle picked up Buddy competitor, Vitrue, for $300 million. The Web has become social, and companies now understand what consumers have for the past few years: social media disrupts how brands communicate with its audiences. Big companies like Salesforce and Oracle seem to be willing to pay a hefty price for social CRM systems.

Its pitch to big companies: We can help you maintain your apps, ads and pages on the world’s biggest social network, and we can get your content in front of customers on lots of different social networks, too. Many observers had assumed that Facebook, or a big ad holding company like WPP, would end up acquiring Buddy Media — especially since WPP is already an investor in the company and recently announced a deal to route all of its Facebook ad buying through the company. Instead, it appears that Salesforce intends to use Buddy Media to extend its core customer relationship management offering. The presumable logic: Acquiring Buddy Media will help Salesforce’s clients reach their customers and leads where they are spending lots of online time.

Read the article at All Things D.

A Doomed Romance with a New Orleans Newspaper
The New York Times’s David Carr writes a eulogy for the Times-Picayune, the struggling New Orleans daily that last week announced it will be dropping publication to three days a week. As Carr notes, New Orleans needs the newspaper, as it does what strong journalism should do: tell stories that need to be told. But when economics come into play, as they do in New Orleans (and elsewhere), tough decisions are made: layoffs and printing cuts.

There is nothing particularly remarkable about The Times-Picayune’s circumstance. Advertisers have consolidated, their choices have multiplied and their potential clients have many more options for getting their information. Other than a few fat days like Fridays and Sundays aimed at food shoppers or moviegoers, many newspapers arrive at the doorstep looking more like skinny brochures than their stuffed ancestors. But New Orleans is not a very wired city, and The Times-Picayune has always been an excellent daily with a bulky, dated Web site. Orders from headquarters aren’t going to reverse those competencies on a dime.

Read the article at The New York Times.

Mobile Ads’ Promise Eludes Facebook, Other Businesses
eMarketer has a report out that mobile ads — on smartphones and tablets — are expected to hit $10 billion in the U.S. by 2016, a pretty significant increase from the $2.6 billion expected in 2012. This USA Today article, however, notes that while “mobile ads are crucial to the growth of many companies … few businesses have been able to capitalize on the promise.” This is an important challenge that brands and publishers face as they build out different platforms (e.g., mobile app vs. mobile Web). But with more consumers having mobile devices, marketers will try to find the most successful ways of fishing where the fish are.

Mobile Web traffic is up 35 percent in less than a year, while all Web browser use on Windows-based PCs declined 10 percent in a six-month period from 2011 to 2012, says market researcher Chitika Insights. About 20 percent of traffic comes from tablets and smartphones, it says. Retailers such as Target, Best Buy and Macy’s have noticed, and are charging into mobile ads, which will become staples as millions ditch PCs for smartphones and tablets, ad experts say.

Read the article at USA Today.

Google Plus Local Launches Today
Google is continuing to put its chips on Google Plus, its nascent social network. CNET reports Google Plus has added a local feature that will give people restaurant recommendations based on location. According to Google, with the local feature, “you’ll be taken to a local Google+ page that includes photos, Zagat scores and summaries, reviews from people you know and other useful information like address and opening hours.” More ways for your data to be mined?

Mayer gave the example of searching for “burgers in Seattle.” The search results would turn up both formal listings and writeups — Mayer put in a plug for Zagat’s, the restaurant guide service now owned by Google — as well as reviews and photos from friends in a user’s Google+ Circles. The new service isn’t limited to Google+, however. It’s being surfaced across Google’s search and maps, too.

Read the article at CNET.